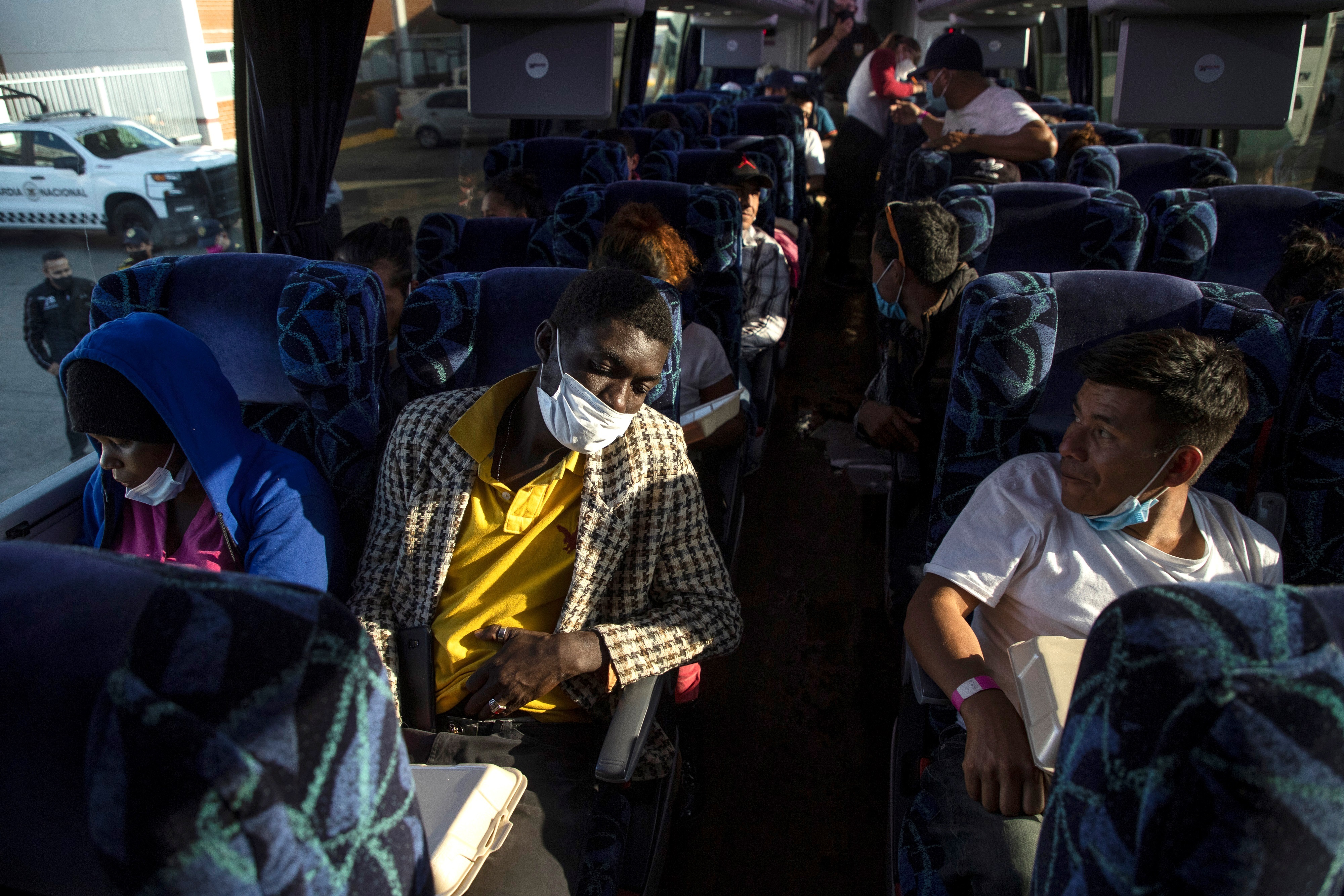 Mexico has established itself in the last year as the great immigration police of the United States, which has managed to move the surveillance fence hundreds of kilometers to the south. Mexico will end the year as the period in which more foreigners were detained after the capture of more than 250,000 migrants in the last 11 months, mainly from Honduras, Guatemala and Haiti.

After a year of closure due to the pandemic, the borders of the American continent have been reactivated even more strongly and have seen an even greater volume of people pass by due to the economic crisis that hits the region. To this flow, Mexico has responded with a heavy hand, mobilizing more agents at the border and carrying out more arrests, raids and deportations.

Until the month of November, 252,526 migrants were detained, almost half of them, 108,500, from Honduras, who have lived their dose horribilis Due to the covid and the arrival of two hurricanes in a row, according to data from the Migration Policy Unit (UPM) known yesterday Monday. Hondurans are joined by more than 18,000 Haitians and another 4,000 from Brazil and Chile who are, in reality, Haitians forced to leave the country where they had been living for a decade after the earthquake. Added to this flow is an increase of more than 1,000% in the arrival of Venezuelans, compared to five years ago.

Since Andrés Manuel López Obrador came to power in 2018, Mexico has responded favorably to Washington’s immigration demands. The triumph of Joe Biden has little or nothing changed the immigration policy of Donald Trump, who had made the Build the wall on the border with Mexico one of his campaign slogans. Until the arrival of López Obrador, Mexico looked the other way before a phenomenon in which it only participated as a transit country, but pressure from its neighbor to the north has taken effect and the police fence has moved to the border with Guatemala.

To the increase in the arrival of migrants, Mexico has responded with more repression, but also by delivering 43,000 safe-conducts or Visitor Cards for Humanitarian Reasons (TVRH) a permit to work and move around the country for a year. At the same time, it has concentrated the flow in a city on the border with Guatemala, Tapachula, a small provincial city on the border with Guatemala now overflowing with thousands of migrants from Latin America, Asia or Africa.

The data known on Monday confirm that after two years of caravans, emigration changes its face and returns to the shadows. Emerging in the last year of the Enrique Peña Nieto government (2012-2018) as a way of collective migration, daytime and in the form of political protest, the new stage makes migrants move at night and in hiding and join less and less to the caravans, which this year none of them exceeded 5,000 people.

The consequence is the increase in disappearances, executions or extortion of migrants, of whom there is only news after tragedies such as that of December 9 in Chiapas when 56 migrants died, mainly Guatemalans, who were hidden in a truck that was circulating to speeding and in which more than one hundred Central Americans were traveling crowded together. The strong hand has also made it more expensive and strengthened the human trafficking networks whose economic size is so powerful that they have managed to “become independent” from the traditional cartels, Foreign Minister Marcelo Ebrard acknowledged last week.