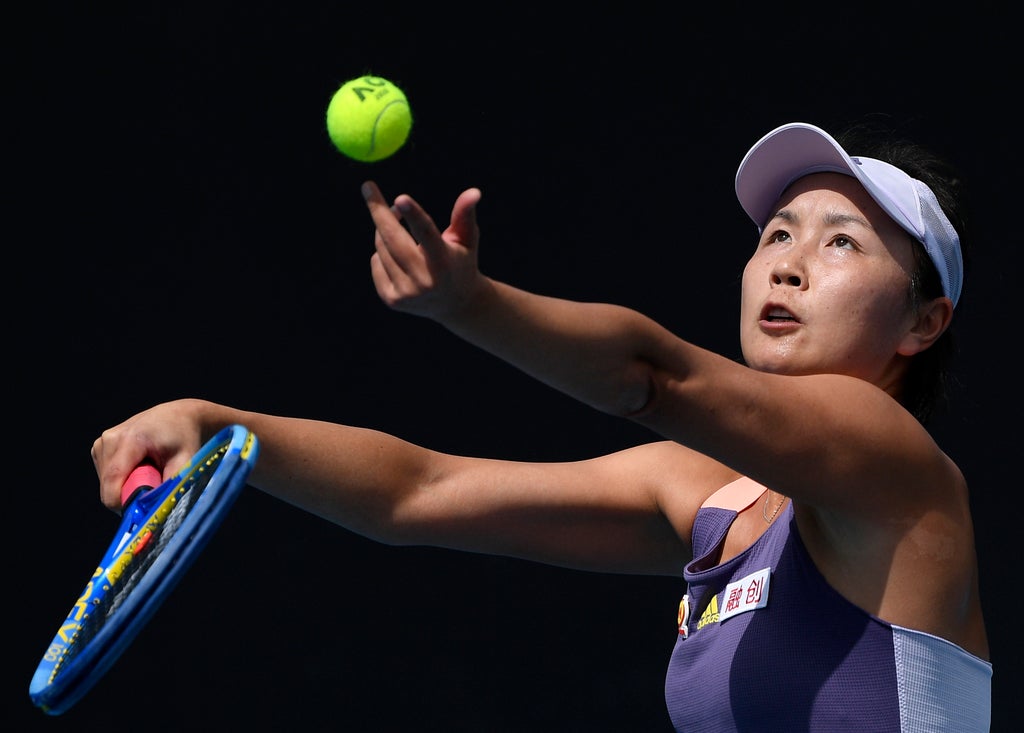 The controversy surrounding Chinese tennis star Peng Shuai’s accusations of sexual assault against a former top politician continues to cast a shadow of the Beijing Winter Olympic Games in the runup to their official kickoff on Friday.

Within China, however, her case has drawn little attention amid the crushing force of official censorship. Yet it also points to the barriers Chinese women face when raising such claims, both in the courts and within a male-dominated social and political culture that regards any dissent as a threat to the tightly-controlled, Communist Party-dominated system.

While the #MeToo movement gained some initial traction when it was launched in China in 2018, recent cases show those early hopes for a significant change in official attitudes may have been unrealistic.

Paying the price for going public

Coming forward publicly with allegations can expose victims to a host of perils from online abuse to job loss, countersuits from those they accuse and simple disappearance into the judicial system.

In the case that first defined the Chinese #MeToo movement, activist Zhou Xiaoxuan sued state TV host Zhu Jun only after he sued her for defamation first. She accused him of groping her when she was a young intern at CCTV.

After initially receiving public support and media coverage, Zhou now gets messages attacking her every day and has been banned from positing on her Weibo account — a Twitter-like platform — for a year.

Other cases reflect the profiles as well. Huang Xueqin, who publicly supported a woman when she accused a professor of sexual assault, was arrested in September. Wang Jianbing, who helped women report sexual harassment, was detained along with her. Neither has been heard since.

Peng disappeared from public view last year after accusing former Communist Party official Zhang Gaoli of sexual assault. Her accusation of her was quickly scrubbed from the internet, and discussion of it remains heavily censored.

Zhang has not commented on the accusation posted of Peng’s official social media account and in subsequent comments, she has appeared to deny making the claim while offering no explanation as to its origin.

“First of all, I want to emphasize something that is very important. I have never said that I wrote that anyone sexually assaulted me. I need to emphasize this point very clearly,” Peng told a Singapore newspaper last month.

While the International Olympic Committee says it is satisfied she is fine, the Women’s Tennis Association says it still lacks assurances and has suspended all its events in China this year, and possibly beyond. IOC President Thomas Bach intends to have a private dinner with Peng during his time in Beijing, although when and how that will occur under wraps.

When a former employee of one of China’s best known companies, Alibaba, couldn’t get human resources or upper management to deal with her accusation of sexual assault, she took a more direct approach. Standing in the cafeteria at the e-commerce giant’s headquarters, she yelled out her claims that she had been assaulted by a coworker and a client during a business trip.

As a result, she has been harassed online, accused of lying by the wives of the two men she accused and slapped with a defamation lawsuit from an Alibaba vice president who was forced to resign. The final insult: The company fired her on grounds of spreading false information about her assault on her and about the company’s handling of the issue.

Using only her surname, Zhou, to avoid further harassment, the woman says she’s still holding out for justice from the courts. Although both men were detained, police dropped the case against her former colleague de ella, although Alibaba later fired him and Zhou’s lawyer is pushing to have the case reopened. The client is in police custody and a criminal case is pending.

“My attitude is resolute,” Zhou wrote in response to questions from The Associated Press. “I will not accept the result of the company’s unsympathetic, unreasonable and illegal way of dealing with this.” Legal loopholes help deny justice

Accusers face a high burden of proof in such cases, and although sexual harassment was recently defined by China’s broad ranging Civil Code, the national law remains weak since it doesn’t lay out any punishments.

Enforcement depends on local-level regulations and how courts interpret the law and those regulations. Also, many companies lack sexual harassment codes with explicit punishments and mechanisms for redress.

That results in very few cases ever making it before a court. Many that do are countersuits brought by the person being accused of abuse or harassment.

A recent report by researchers from Yale Law School found only 83 civil cases in public Chinese court databases related to sexual harassment or harassment between 2018 and 2020. Among them, 77 were brought by the alleged harasser against companies or the victims. In just six cases, victims sued their harassers. Women in the workforce but men dominate politics

While Chinese women are strongly represented in the work force and in legislative bodies such as the National People’s Congress, they are largely absent from the highest levels of Communist Party and government power.

Just one woman — Vice Premier Sun Chunlan — sits on the 25-member Politburo and men make up all seven members of the all-powerful Politburo Standing Committee. China has never had a female president or premier or even foreign minister. Only about 10% of delegates to the party’s last national congress in 2017 were women, and that percentage doesn’t appear set to rise this year.

Explanations are many. The party is a clubby, male-dominated organization in which women are often shunted off into less important positions. And the lack of opposition parties, free elections or an NGO sector that could offer alternative routes into public life are seen as undermining female participation.

The impact: Women often lack advocates at the upper levels to reflect concerns about sexual abuse, harassment and discrimination and attempts to effect change.