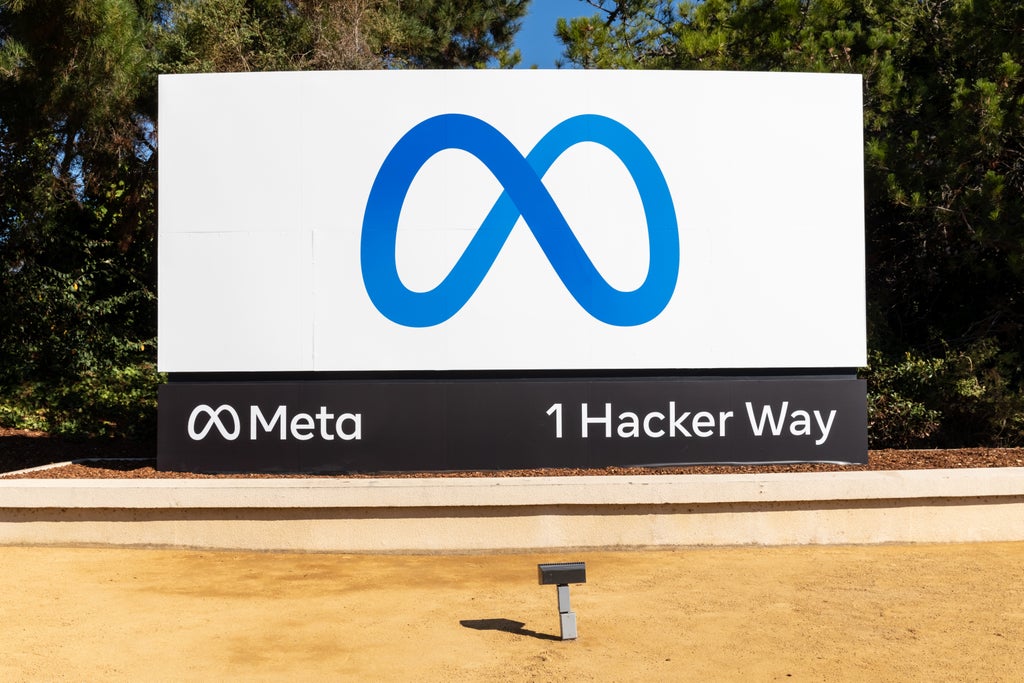 Meta, the parent company of Facebook and Instagram, has quietly expanded its fact-checking algorithms to cover economic debates.

Previously, Meta had used context labels to combat misinformation about the coronavirus pandemic and to provide context to messages from former president Donald Trump.

Now, it appears the social media giant is providing ‘missing context’ to debates about inflation.

One tweet from Quasim Rashidan American human rights lawyer and author who unsuccessfully ran for the Virginia State Senate in 2020, claimed that “corporate greed” was responsible for price increases in the United States.

The tweet, shared on Instagram, flagged the company’s automatic labeling software. “We use image matching technology to find further instances of this content and apply the label, helping reduce the spread of misinformation”, Instagram explained in 2019.

The message users see states that “independent fact-checkers say the information in this post is missing context and could mislead people”, linking to an article by Agence France-Presse, a state-owned international news agency from Paris.

The fact-check states that corporations are not the main culprit for the rising cost of goods in the United States and instead it stems from “big federal spending, heightened demand, and supply problems, all of which have accompanied the pandemic.”

Prices in the United States have risen by 7.5 per cent over the past 12 months, including for essentials such as food, petrol, clothes, and housing.

Meanwhile, the fortunes of the world’s 10 richest men more than doubled during the pandemic, Oxfam claims, with US billionaires seeing their wealth increase by $845 billion in October 2020.

See also  COVID-19: How can I get lateral flow tests from Friday and how much do they cost? | UKNews

AFP cites Desmond Lachman of the right-wing neoconservative American Enterprise Institute think tank, who says that the claim is “very far fetched” and, and the non-partisan Urban-Brookings Tax Policy Center’s Benjamin Page, who argues that the pandemic shifted demand from “restaurants and movie theaters” towards “buying home office equipment and cars”.

However, James Meadway, director of the Progressive Economy Forum and former economic policy advisor to past Labor Shadow Chancellor John McDonnell, said the message was “outrageous”.

Mr Meadway told The Independent that there was “dispute amongst economists about the sources of inflation now and the claim that ‘corporate price gouging’ is to blame is a perfectly reasonable explanation to offer” – with the caveat that it does not explain all of the inflation that has been seen .

“If we think major corporations have significant market power, and seek to maximize profits, it’s highly plausible they will pass on any increase in their costs to their customers”, adding that Instagram “actively censoring a legitimate debate like this is deeply worrying and that people needed to discuss economics more and challenge the “claims economists make in public”.

Mr Meadway also said that while corporations’ behavior “explains all of the inflation we’re seeing … market power is important in understanding how rising costs for producers turn into rising prices for consumers.”

Jeevun Sandher, an economist at Kings College London, said that while it might be “emotionally satisfying to personify economic forces, that doesn’t mean it is correct” and asked why, “if corporations were the source of rising prices, why wait until now to raise them?”

However, Mr Sandher questioned whether “these posts [are] being factchecked because corporations are pushing them to be” and asked if Instagram puts “the same effort into checking the source of fake news when it threatens our democracy as opposed to a corporation’s bottom line?

“When the public sphere is increasingly taking place online, those are questions we all deserve the answer to.”

The Independent has reached out to Meta for more information about when this fact-check came into effect, the words that trigger the fact-check, and how it has been implemented.

Meta has been repeatedly criticized for the effectiveness of its fact-checking as well as its moderation, especially around coronavirus misinformation.

One study from the Center for Countering Digital Hate (CCDH) claimed that 12 online personalities are responsible for 73 per cent of all anti-vaccine content and that 95 per cent of the Covid misinformation reported on these platforms were not removed.

A survey conducted by the COVID States Project, said vaccine misinformation is “the single most important factor influencing unvaccinated patients decision not to get the COVID-19 vaccine”, and that social media – specifically Facebook – remains the most commonly cited source of misinformation.

Mum furious after autistic son, 4, made to sleep on floor after easyJet flight canceled

How many children have to die before America changes its gun laws?