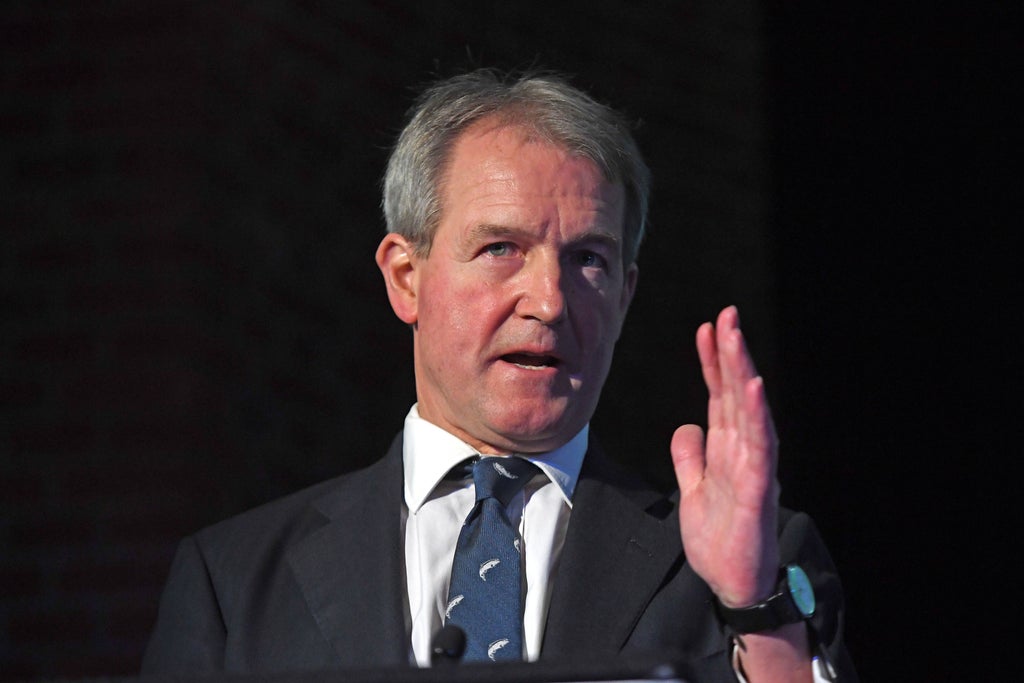 WhatsApp messages between Owen Paterson and then Health Secretary Matt Hancock have been published showing how the disgraced former MP lobbied on behalf of a company that paid him more than £8,000 a month.

Paterson resigned from the House of Commons in November last year after it was discovered that he had lobbied, against parliamentary rules, on behalf of Randox, a health firm for which he was a paid consultant.

The saga sparked a sleazy scandal in Westminster after the Boris Johnson government launched a defense of Paterson and tried to save him from a 30-day ban, only to back down when under considerable pressure.

Paterson, who had been MP for North Shropshire since 1997, resigned. His last entry in the register of financial interests showed that Randox was paying him £8,333 a month for 16 hours of work.

The newly released documents, forced by Labour, show the extent to which Paterson was in contact with the then health secretary about Randox’s offers to provide coronavirus testing services.

Randox was awarded almost £600m in Covid testing contracts, while the normal rules of competition were bypassed due to the emergency situation.

A Randox spokesman said the contracts were awarded “in full compliance with government procedures and protocols in place at the time of the emerging pandemic.”

The messages showed how Paterson had given Hancock the contact details of Randox boss Peter Fitzgerald on January 26, 2020, saying that he had told Fitzgerald to “wait for an email” from the Secretary of Health.

Mr Hancock contacted Mr Fitzgerald that evening and later told Mr Paterson on February 5, 2020 that Public Health England would be in touch.

See also  Kidnapper who will be free in just 3 years after leaving teenager, 19, brain damaged to have sentence reviewed

But on February 25, Paterson contacted Hancock on Whatsapp to say that no contact had been made for 19 days. He said: “PHE’s attitude seems incomprehensible given current developments. Are you going to vote today? Can we talk briefly? Big announcement about pharmacies, by the way!”

Another communication from Mr. Paterson, whom Mr. Hancock refers to as “Owen Patz”, details how the MP found the process “infuriating” when Randox kits were shipped to China. In the message, he added: “Nb, I am a Randox consultant. PS Good news about the nurses!”

After this message, Hancock asked officials for “chapter and verse” on the situation and said he was “very concerned about this”, adding: “If we are treating other companies in this way, we are failing.”

Later, during discussions about Randox’s long-term involvement in the trial programme, a senior official in the office of then health minister Lord Bethell said on May 11, 2020, before a meeting, that “Lord Bethell has indicated he would like a 1:1 with Owen Patterson [sic] in advance too (which I understand is a consultant employed by Randox)”.

In July 2020, it was discovered that some Randox kits may not meet safety standards, with an email stating: “The PM was concerned about the swabs and the number of swabs that were found to be non-sterile when tested.”

But in September 2020, Paterson sent a Whatsapp message asking Hancock to “review however briefly and privately” the long-term future of Randox’s involvement in testing. He said he had visited the company and was impressed, but there was “widespread exasperation that Randox’s achievements have not been promoted”.

The following month, Paterson noted in WhatsApp messages that The Guardian had published a story saying that the government “only gave Randox the trial contract because I’m a paid consultant.” He asked, “If it comes up, can you kill this once and for all since I know absolutely nothing about contact?”

The documents also revealed that Lord Agnew, who dramatically resigned as minister in charge of combating fraud last month, warned that the government was “paying dramatically above the odds” for the Randox tests.

Labor Party Deputy Leader Angela Rayner said: “It is now beyond any doubt that Owen Paterson was guilty as charged and the Prime Minister personally intervened to protect him regardless. No wonder standards in government have collapsed.

“We now know that the public is paying the price for these sidekick contracts. In the minister’s own words, we were paying ‘dramatically above the odds’. Yet almost a year after the deadline to review the process, the emergency procurement rules are still being used to distribute large sums of public money in exactly the same way.

“These documents have shredded months of denial, revealing a government awash in sleaze from the Prime Minister on down, and simply incapable of governing in the public interest.”

A Randox spokesman said: “The award of the contracts reflected Randox’s extensive diagnostic capabilities in the UK and 40 years of experience in the field.”

They said: “It is clear from these documents that the company has handed over a vital and core part of the UK’s testing capacity.

“Randox remains proud of its performance and delivery of Covid 19 tests during the pandemic. To date, Randox has reported nearly 24 million PCR results and has played a key role in both keeping people safe and maintaining vital national infrastructure.”

In a written ministerial statement released alongside the documents, Health Secretary Sajid Javid said: “As the public would expect, at the start of the pandemic, the government took all possible steps to rapidly build the largest testing industry in the world. UK history from scratch. played an important role in stopping the spread of Covid-19 and saving lives, and the service Randox provided was an integral part of that response.

“Robust rules and processes are in place to ensure that all contracts are awarded in accordance with contracting rules and transparency guidelines and that any potential conflicts of interest regarding commercial matters are properly managed. The ministers are not involved in the process of appraisal and evaluation of the contracts”.