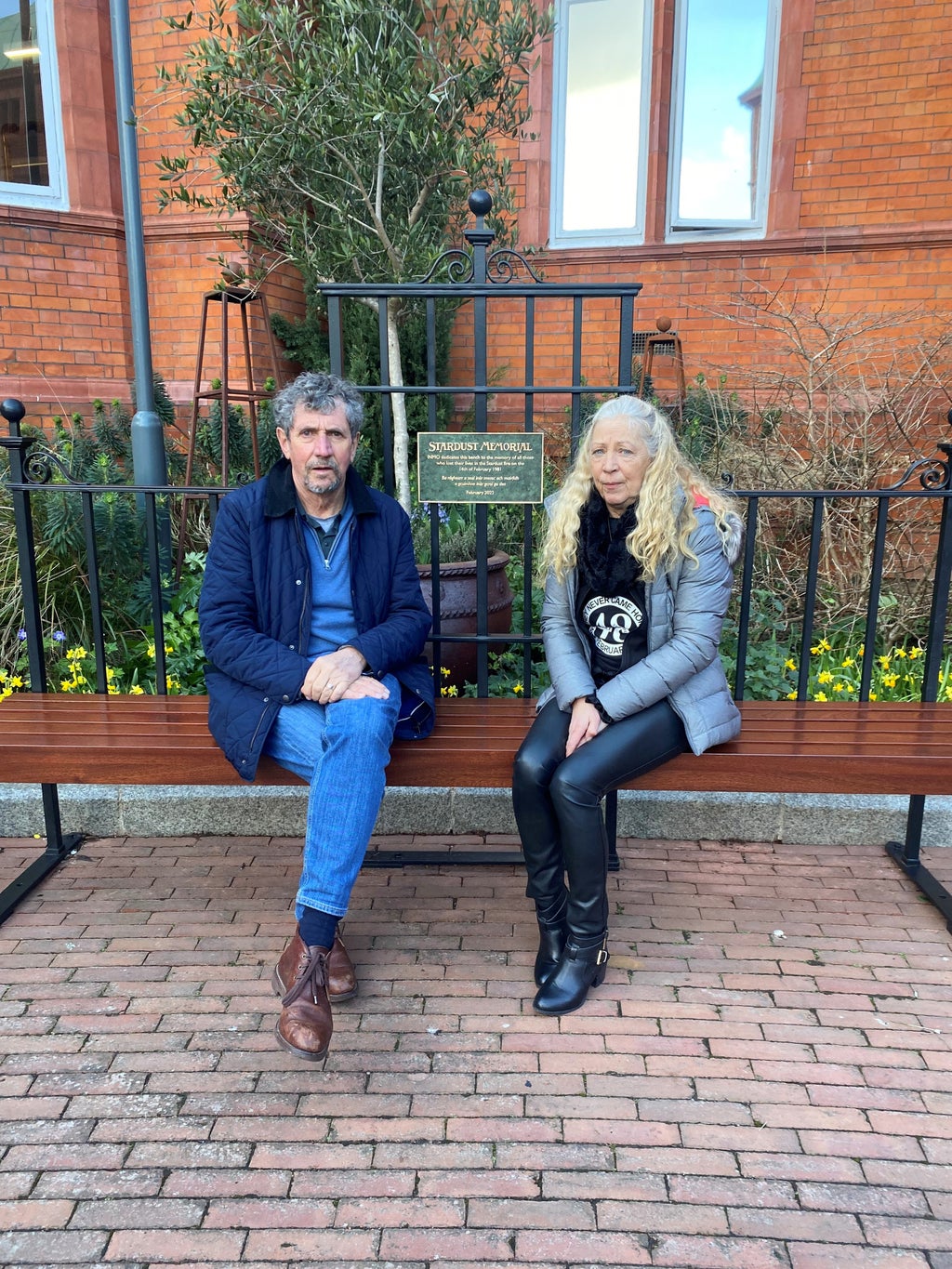 Two memorials in honor of people who died of Covid-19 and the victims of the Stardust tragedy have been unveiled in Dublin.

The Irish Nurses and Midwives Organization (INMO) launched the memorial benches on the grounds of the Richmond Education and Event Centre, formerly Richmond Hospital.

The first memorial commemorates the anniversary of the 48 victims who died in the Stardust fire on February 14, 1981.

Many of the victims were treated by staff at Richmond Hospital.

The second memorial commemorates the lives lost during the pandemic, in particular the 21 healthcare workers who died from Covid.

Both memorial pieces were designed by Irish artist Robert Ballagh.

Mr Martin praised the INMO for its “thoughtful and reflective decision” to commemorate the lives lost in the Stardust tragedy.

“I met with the families after the ceremony and also to remember the frontline workers who lost their lives in fighting the pandemic,” Mr Martin said.

“Both events reflect very much the centrality of frontline workers and the first responders in all of our lives, particularly after the Stardust fire. Many victims were treated here and many families who came here were well received.

“They still speak fondly of the work that the nurses did and how they looked after them.

“Many families across the country are in debt to nurses, midwives, doctors and healthcare staff who looked after people during Covid. It’s a very dignified memorial to those who lost their lives.”

INMO general secretary Phil Ni Sheaghdha said: “I think today, on Valentine’s Day, we’re delighted to be able to unveil the memorial bench for the Stardust victims, and also for all of those who lost their lives during the Covid pandemic.

“Particularly health care workers and our own members who perished providing care to those who were infected with Covid-19.

Ms Ni Sheaghdha added: “We are thinking of them today across all of the healthcare service, and this memorial bench is to honor all of them.

“We thought we would like to honor them in a special way. We are always mindful of (Stardust) tragedy as it shaped us.

“We were reminded of your loss and it shaped us into being better nurses. We honor you and hope it shows you appreciate your loss.

“We honor our colleagues who have struggled working during the pandemic and do it with respect.

“I am proud of the Irish state and how we dealt with it. We did well. We lost co-workers but not as many as others, and we are proud of that.”

Mr Bird, who has covered the Stardust tragedy through his work as a journalist since 1981, said the families are still fighting for justice.

Addressing the crowd, he said he hopes to see the families get the justice and answers they deserve.

Meanwhile, Minister for Health Stephen Donnelly said there is “a lot happening” to address structures within the health system.

“My view is the nursing and midwifery professions throughout the pandemic have been incredible,” he said.

“I think they’ve sacrificed a huge amount. I think they’d been the very best of us. I think through their work, a lot of lives have been saved and a huge number of people have been helped.

“They’ve been through a very difficult time. I think we owe our nursing and midwifery professionals a huge debt of gratitude.”

Mr Donnelly also referenced the roles of advanced nurse practitioners to help improve the structure of the health system.

“The results are incredible. What we’re seeing right around the country, from emergency departments, minor injury units, different specialties including neurology, cardiology, that advanced practitioners are managing to see, diagnose, treat and discharge in excess of 70% of patients who would otherwise be referred to a specialist or in this case were referred to specialists,” Mr Donnelly added.