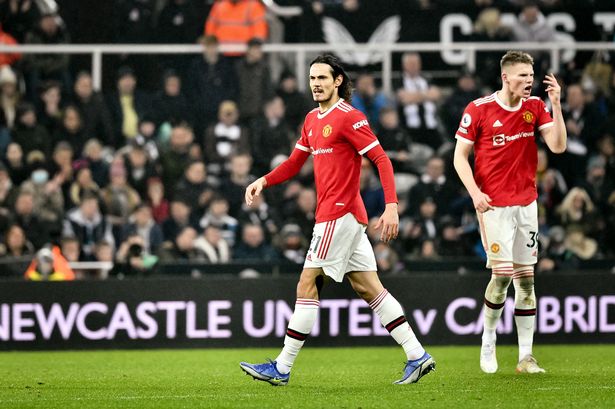 After a jam-packed February schedule, Manchester United interim manager Ralf Rangnick will no doubt be relieved that he has a free week on the training ground this week without a midweek fixture getting in the way.

United, who face cross-city rivals Manchester City on Sunday, played seven times in the space of just 23 days last month, making it a non-stop period for Rangnick and his players. They also competed in three separate competitions, too, just to make things that little bit more hectic.

However, with United tasked with facing City at the Etihad Stadium this weekend, Rangnick will no doubt welcome a midweek break. The Reds have not had one since the first week of February.

As well as a break in the fixture schedule offering United some much-needed time on the training ground, not least to improve their shooting accuracy after Saturday’s draw with Watford, it will also allow United, hopefully, to get recent absentees back. Both injuries and illness-related issues have impacted Rangnick’s team selections in recent matches.

With that in mind, MEN Sports has taken a close look at all the very latest on the United injury front ahead of the clash with City.

Midfielder McTominay has missed United’s last two matches through illness. Expected to start the first-leg of their Champions League showdown with Atletico Madrid at the Wanda Metropolitano Stadium last Wednesday evening, the Scot was a surprise absentee.

Rangnick confirmed that he was absent through illness and was not feeling well on Wednesday afternoon, hours ahead of kick-off. The Scot’s situation did not improve ahead of Saturday’s clash with Watford, forcing him to miss out once again.

See also  'Don't look up': Jennifer Lawrence confesses that she took drugs to record a scene for her last film | People

Speaking during his pre-match press conference on Friday, Rangnick said: “He is still ill, he hasn’t been training with us, so hopefully he will start training with us again next week.”

Therefore, United will hope to have him back available for Sunday’s clash with Pep Guardiola’s side. Rangnick will provide a fresh update on his condition when he speaks to the media later this week.

Cavani has missed United’s last four matches with a groin problem that has hampered him throughout the season. He has not featured since starting the 1-1 draw with Burnley on February 8 and it remains to be seen when he could return.

With United struggling to break down Watford at the weekend, Cavani’s absence could not have come at a worse time. However, he has missed almost half of the Reds’ matches this season, meaning they have learned how to cope without him.

Rangnick confirmed ahead of the clash with Watford that he had not trained, meaning it remains to be seen if he could be involved on Sunday. The German will provide a fresh update later this week.

United, as things stand, have no other fresh injury concerns to be worried about ahead of the derby on Sunday afternoon.