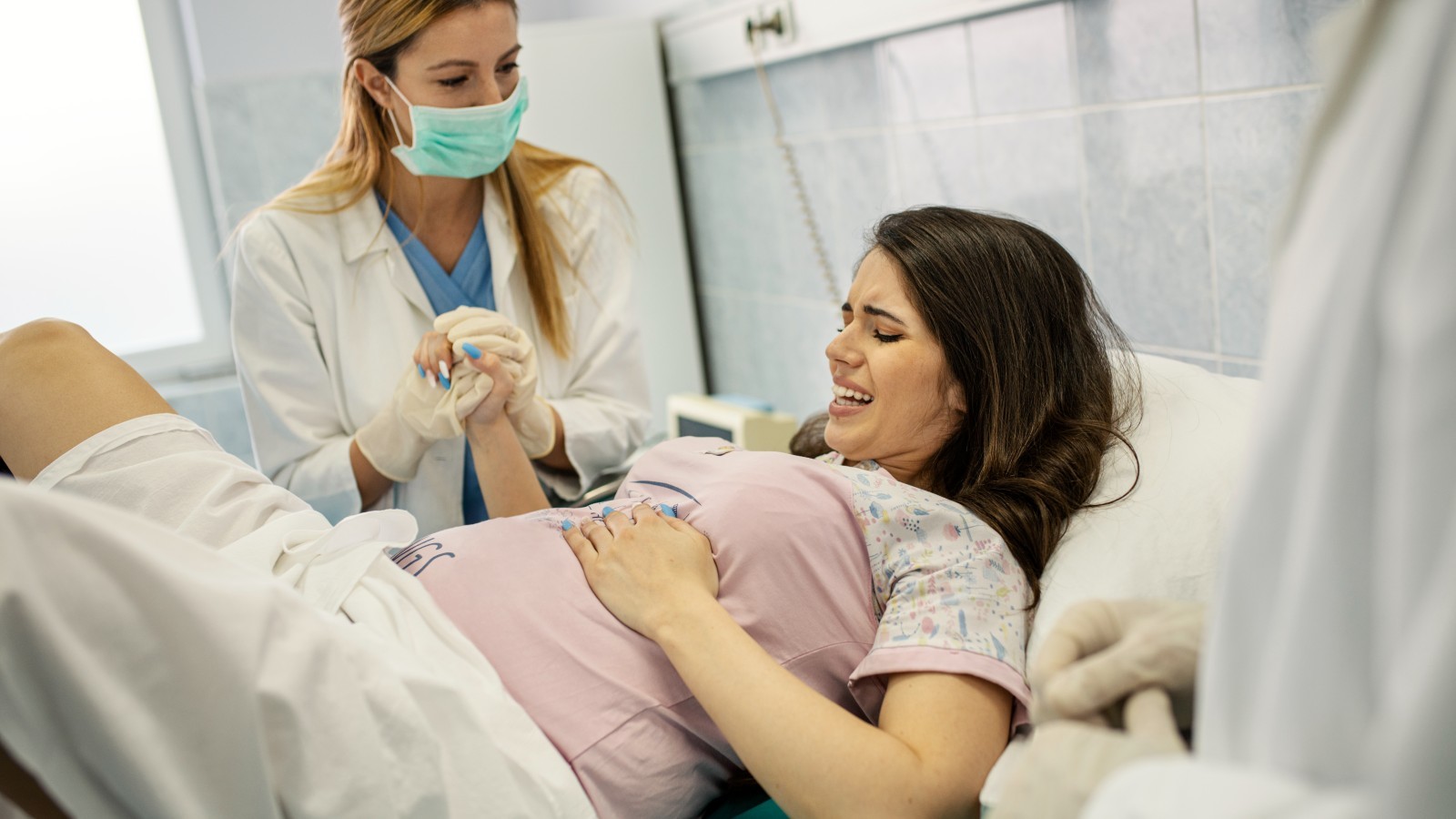 A gynecologist and an anesthetist rush to the operating room. The midwife has just reported a complication in childbirth: the mother’s life is at stake. The nervous and cool-headed professionals act with speed and precision to save the woman and her baby. But this time, luckily, it’s just a drill.

In simulation courses such as the one organized a few weeks ago at the Puerta de Hierro Hospital in Madrid, doctors from all over Spain learn techniques to cut postpartum hemorrhages and practice the maneuvers to remove the baby with shoulder dystocia, that is, when it remains locked behind the mother’s pelvis. In short, prepare to react to rare (though possible) emergencies in childbirth.

“They are very infrequent complications, but for that reason it scares you. It is something serious that, above all, you are not used to treating,” says Jara Gallardo, one of the gynecologists who attended the symposium. Its promoters are convinced that these “trainings” are one of the keys to further reduce the risks of maternal mortality in Spain and improve the health of mothers and babies. The other pending challenge is in the statistics.

Maternal mortality in Spain is underestimated by 48%

“The data from the National Institute of Statistics (INE) do not reflect the exact number of women who die due to pregnancy,” denounces Dr. Óscar Martínez, obstetrician at the Puerta de Hierro Hospital in Madrid, who assures that the “underestimation” of maternal mortality in Spain is up to 48%. This was revealed and encrypted by a study by the Spanish Society of Gynecology and Obstetrics in 2015 after surveying various hospitals and extrapolating the data to the rest of the country: the numbers did not add up.

And there were more clues. According to data from the INE and the Ministry of Health, in the decade from 2007 to 2016 they died an average of 15.5 pregnant women each year in our country, something more than three deaths for every 100,000 born. The rate is well below the European averages, which amount to six deaths per 100,000 births. Why? The national health system has proven its good work, but that is not enough to explain why mortality falls by half compared to neighboring countries.

For Dr. Martínez, the reason for the underestimation is in the lack of a national registry with mandatory communication and homogeneous criteria. It is necessary to specify what we are talking about when we talk about maternal mortality. Then we can measure the problem and act.

“They are always the same: hemorrhage, pre-eclampsia, and sepsis. We know what the three medals are, but we don’t know if they are gold, silver or bronze. “The obstetrician Óscar Martínez begins by talking about the three main causes of direct maternal mortality, that is, the” purely obstetric “causes that lead to a mother die.

Although it is unknown which one is predominant (the data may change every year), these are the three complications that prevail with women who give birth in poor countries and, above all, in contexts of humanitarian crisis. Maternal mortality is “unacceptably high” in the worldAccording to the World Health Organization, 99% correspond to developing regions: more than half to sub-Saharan Africa and almost a third to South Asia.

On the other hand, in Spain, problems during pregnancy and childbirth are more a question of health and well-being than of mortality. Dr. González gives a recent example: “in 2013-2014, when the data in England on why mothers died were reviewed, they saw that it was because there were blood clots in the lung after cesarean sections. Thanks to this system, all Gynecologists put a heparin after cesarean section to avoid thrombi. ” Refine techniques through training and increase the information available in statistics will have a direct impact on the health of mothers and newborns, “Mortality registries help improve hospital care.”

This is increasingly important in our country because complications such as hemorrhage and, above all, pre-eclampsia, “They are more frequent in older women who undergo assisted reproductive techniques”, According to the obstetrician, “risk factors” common among Spanish mothers and that also affect the health of babies. “It assumes that we have to bring the births early because the mothers are seriously ill and we have to end the pregnancy,” González continues. “That means there are more babies who are premature.”

Violent causes, the data in the shadows

Pulmonary embolism, on the other hand, is part of what gynecologists call “indirect maternal mortality”, because it is caused by a disease that exists before or during pregnancy and is aggravated by the physiological effects of pregnancy. Cardiovascular and cerebrovascular problems are good examples, but there are more: traffic accidents, suicides, gender violence …

Dr. Martínez assures that trauma, that is, violent causes (whether inflicted or self-inflicted) are behind much of maternal morbidity and mortality in Spain. “It is very, very important and they are going up a lot,” he says. However, there are no data from our country to corroborate this hypothesis, which is reflected in the statistics of other industrialized countries, such as the United States.

In order to answer these questions and “fill the tremendous hole” of data, the Puerta de Hierro team is launching a national registry among a group of hospitals. They set a precedent with the OBSCOVID registry, after detecting the risk for pregnant women during the fifth wave of the coronavirus and now they want to extend it to other causes and factors. Its objective is “to help the INE to have the best statistics for detect those causes that are treatable “and improve treatments “through multiprofessional training and thanks to simulation”.

The simulation training They are a method to improve medical and health services established in countries such as the United Kingdom or France, however, they are almost a ‘novelty’ in Spain. “Our country has an enormous delay in this type of programs that are very well documented”, laments González, who goes back to the Seven Years’ War (1756) to point out some of the first known cases.

In them, “you get nervous, you act and cancel yourself as if it were real. You learn a lot”, tells RTVE.es one of the gynecologists participating in the last program at the Puerta de Hierro Hospital. The results on its usefulness in improving the health of mothers and babies are also conclusive. “We have shown that in recent years, since we trained the resolution of an emergency called shoulder dystocia, permanent obstetric brachial palsy has been reduced to practically zero, which is the most serious (sequel), the one that must be operated on because the children are seriously affected “, underlines the specialist Óscar González. His team has also collaborated with the United Nations to bring the simulation program with medical and health professionals to Equatorial Guinea .

The gynecologists and obstetricians consulted remember that their patients are young and healthy women who, fortunately, in Spain do not usually have serious complications, much less die in childbirth thanks to the health system. But precisely because we are talking about young women and children, every slight improvement has a huge echo throughout society.