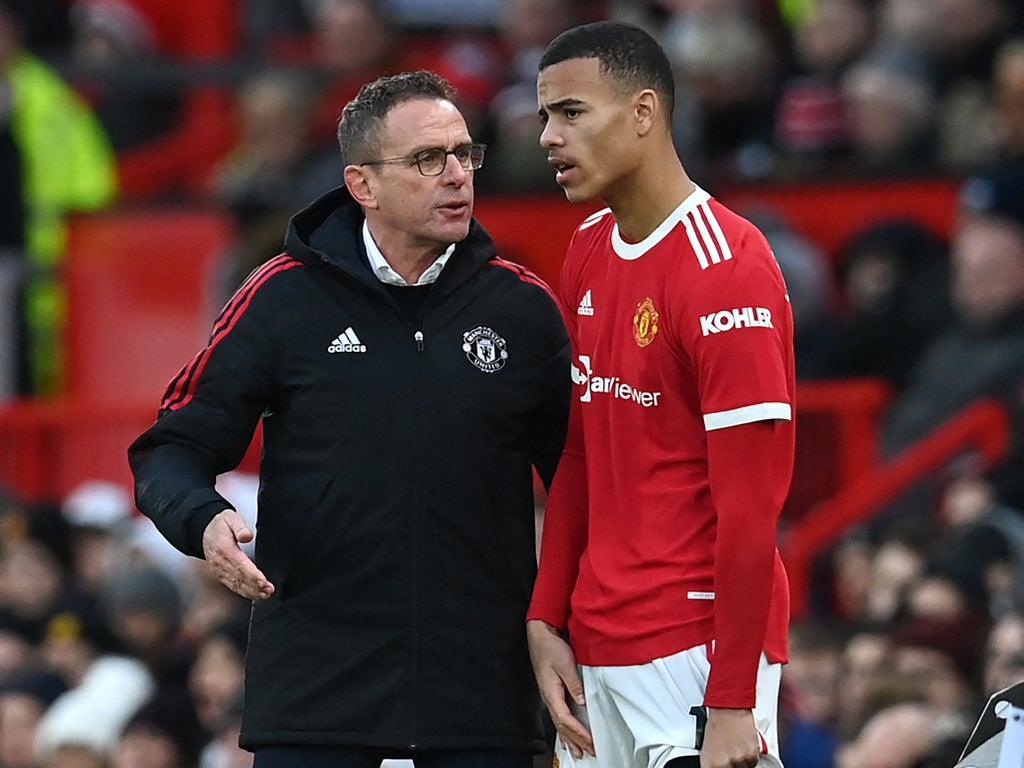 Ralf Rangnick has said that Manchester United are in an “unusual situation” following Mason Greenwood’s arrest but called on his players to come together and ensure they have a successful end to the season.

The 20-year-old was released on bail by Greater Manchester Police pending further investigation on Wednesday but will remain suspended by United, not playing or training at the club “until further notice”.

Rangnick said that Greenwood’s arrest had not distracted United from their preparations for Friday’s FA Cup fourth round tie against Middlesbrough but acknowledged that the situation has been discussed within the squad.

“It’s an unusual situation for everybody and nobody would want to experience that. It’s an ongoing process and we have to put our focus on tomorrow’s game and then Tuesday’s game at Burnley. This is all I can say.

“Obviously everybody would have wanted those things not to happen but they did and this is what it’s all about in life not only in professional football that you have to stay together and be united on that and still keep going.

“We have won the last two games in the Premier League and now we want to be successful and proceed to the next round in the FA Cup and then on Tuesday hopefully be ready for another three points away at Burnley.”

Rangnick also revealed that the decision to keep Jesse Lingard at Old Trafford rather than go on loan was partly influenced by Greenwood’s arrest.

Lingard was eager to secure regular playing time away from United having failed to start a Premier League game this season, with his contract set to expire at the end of the season.

Newcastle United and West Ham were both interested in a temporary move for Lingard but failed to agree terms with United. Lingard will not play against Middlesbrough after being granted time off to ‘clear his head’ following the breakdown of the move.

“A couple of weeks ago he wanted to stay and then he changed his mind which was probably also to do with the clubs interested in him,” Rangnick said regarding the 29-year-old on Thursday.

“Ten days ago I allowed him to leave but the clubs couldn’t find an agreement and again the situation changed and as I said it’s a combination of both factors that in the end the board decided to have him stay here.

“His situation is similar to Paul Pogba’s. It’s in his own interest to get as much interest as he possibly can and perform on the highest possible level in order to get as many clubs interested in him in the summer.”

Rangnick added: “We had a problem with Mason Greenwood and being without a player for the time being who has played in [recent] weeks and, together with the club not finding an agreement with another club [for Lingard]this is why I stayed.”