Skip to content
Home News Mask and vaccination, “recipe” in Spain against the sixth wave 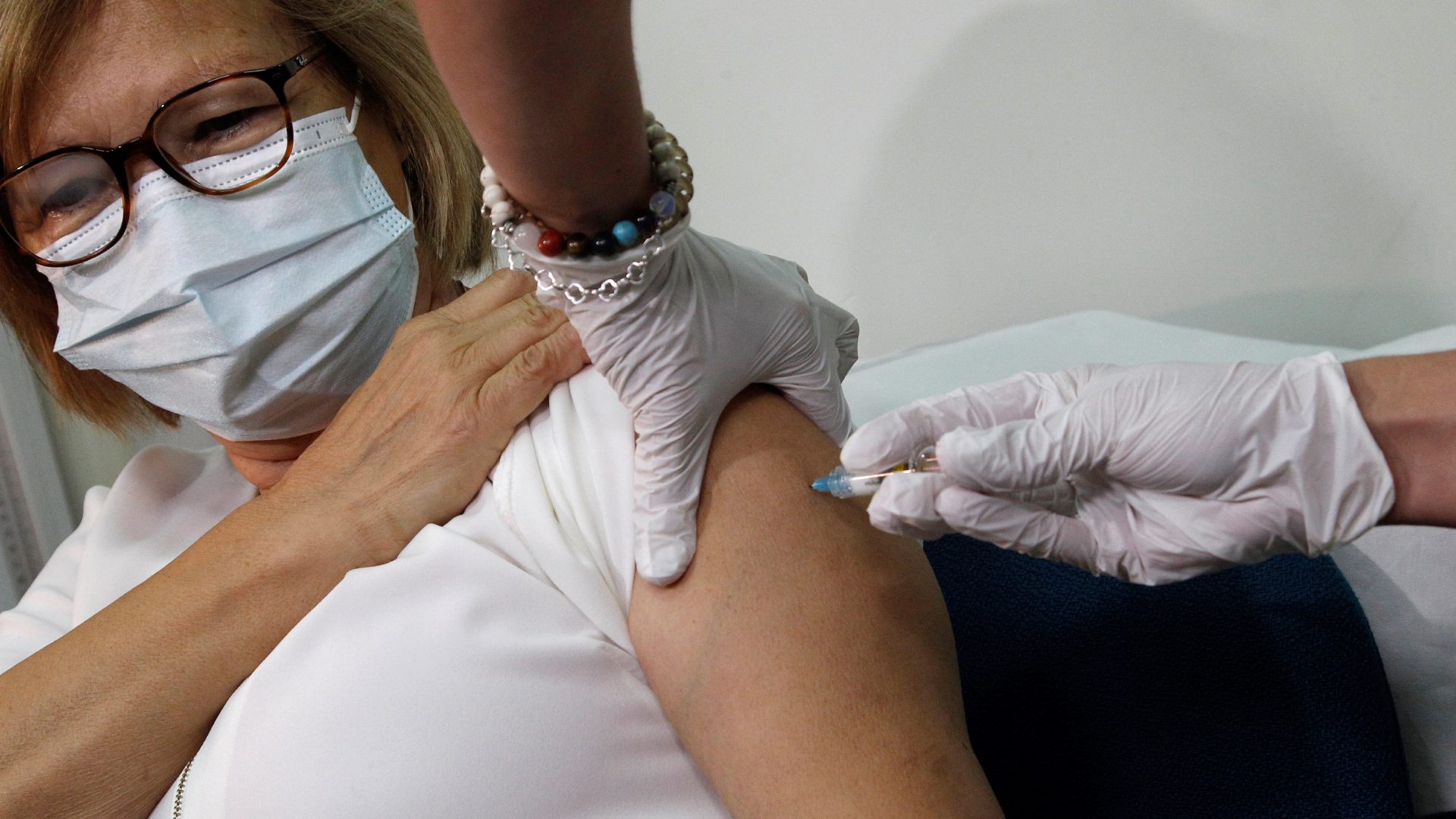 While several European countries observe how the infections of coronavirus in recent weeks and restrictions apply again, Spain maintains for the moment the pandemic in reasonable figures, despite the fact that the accumulated incidence has risen steadily in the last weeks -30 points, the last seven days-, until reaching the 112 cases per 100,000 inhabitants in 14 days.

Far from the 1,700 cases in Austria, which has just ordered the confinement of its population again as of Monday, the 1,100 of Netherlands and others like Belgium and Czech Republic.

The central government and the autonomous communities they do not consider for the moment to return to the restrictions, especially due to the high percentage of the vaccinated population, which is around 80%. “We trust the vaccination and the mask,” said the chief executive on Saturday, Pedro Sanchez, ratifying the commitment to a formula that it considers will allow the pandemic to be kept at bay during the coming months, including Christmas.

However, several regional governments raise the possibility of implementing additional measures in the face of the increase in infections. Especially the COVID passport requirement to access restaurants and other activities.

COVID passport as an alternative

Galicia obtained the endorsement of Justice on Friday for access to public and private hospitals in the community for visitors and companions, over 12 years of age, of admitted patients. In this region, it is already mandatory to present the covid certificate in nightlife and in pilgrim hostels, while the Xunta is considering asking for it again to access the hotel industry and massive indoor events.

While, Aragon and the Basque Country have applied to the courts the requirement for access to restaurants and entertainment venues and are awaiting a response while Navarra -the only community at extreme risk, with more than 300 cases- will ask for it next week.

Even the president of the Junta de Andalucía, Juan Manuel Moreno, he advocated on Saturday for the progressive incorporation of the COVID passport to “motivate those who have not been vaccinated.”

In search of the undecided

The objective now is precisely to immunize those over 60 years of age and health and social health personnel with a third dose, an initiative that has already been approved by the Government, and that people who received the single dose of Janssen are now immunized with a second prick from Pfizer or Moderna.

But above all, get the 3.9 million people who have not yet received the vaccine change your mind. Most of the unvaccinated are between 20 and 49 years old.

According to Health data, since last October the vaccination campaign has attracted half a million undecided. In total, 79% of Spaniards have a complete guideline, while in Germany the figure is 68% and in Austria, 67.5%, countries that are suffering the pandemic very hard in these months.

The Minister of Health, Carolina Darias, confirmed on Friday in an interview on TVE that “around 60%” of patients admitted to ICUs are not vaccinated and stated that “you have to deal with the incidence but not worry” because the situation is very different from that of a anus.

See also  How many Covid cases there are compared to the UK, and the new restrictions explained

The virologist of the CSIC, Luis Enjuanes, assures in RNE that the pandemic that Spain is experiencing at the moment is that of the “unvaccinated”, who by law cannot be forced to do so. In return, he proposes to limit their rights and their mobility: “If they do not collaborate with society, then that society does not collaborate with them,” he says.

While the president of the Spanish Society of Immunology, Marcos López Hoyos, considers that the difference between Spain and the rest of European countries is due to the high rate of immunization “since to a large extent, the population continues to use the mask.”

24 hours Weekend – 20 hours – Immunologists advocate for complete vaccination: “Vaccination must be 100% as is the situation” – Listen now

Experts also believe that immunization will allow Spain avoid this sixth wave without the gravity of the previous ones, although they call for prudence.

Jonay Ojeda, specialist in preventive medicine and one of the spokespersons for the Spanish Society of Public Health and Health Administration (SEPAS), assures RTVE.es that, even in a more unfavorable scenario than the current one, the virus will have a lot of difficulties to circulate among the Spanish population and that, if a new wave occurs, “it will have a much lower impact on healthcare pressure.”

The CSIC virologist and researcher at the Severo Ochoa Molecular Biology Center, Margarita del Val, stated on Saturday in statements to RAC1 that vaccination in our country has been “exemplary” and has calculated that the number of people at high risk in Spain is twenty times less than in Germany “because we have vaccinated practically the entire group.”

However, he recommends rperform antigen tests to meet with people at risk before the Christmas surveys because, because vaccines “are very safe, but they are not infallible.”

The virologist also asks that the masks are used outdoors, at least until the end of January, coinciding with the largest crowds in the streets due to Christmas shopping, since he considers it to be “a fantastic weapon” to fight against the pandemic.

For his part, the epidemiologist and professor of Preventive Medicine at the Alcalá de Henares University, Pedro Gullon, has stated in RNE that the vaccination “has changed the perspective of the pandemic” and that “incidence no longer means the same as a year ago.”

As for the COVID passport, Gullón considers that “it can stimulate vaccination and help reduce the incidence”, but doubts whether it would be effective to restrict activities to only 10% of the population.