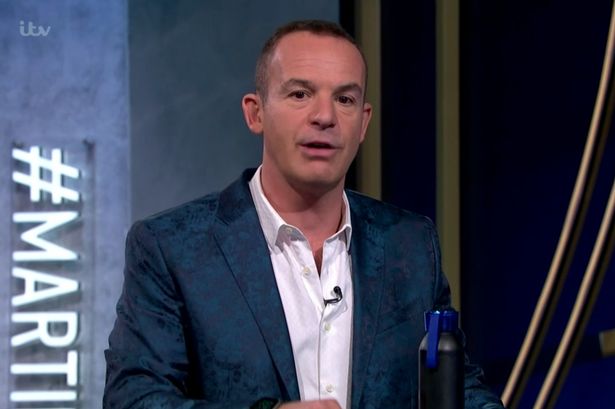 Earlier this month, Martin Lewis and his team at MoneySavingExpert.com shared a clever way for those using an older prepayment meter, which still uses a card or a key to top-up, to delay the price cap and ‘stockpile’ energy by the end of March.

However, in a heartfelt statement, the consumer champion has issued an apology and a warning to any prepay customer who is following that advice as the trick may not work for everyone.

Writing on MoneySavingExpert.com, Martin said: “I wanted to write this personally, as unfortunately information we were given by energy firms and the regulator no longer looks watertight and this is about prepayment meters, which many vulnerable customers have. That means even slight changes, amidst this cost of living crisis, are crucial.”

The financial guru went on to say how he and the MoneySavingExpert team had written confirmation from energy providers and Ofgem that prepay meters topped up before April 1 would continue to use energy at the current rate, and not the 54% increase.

Initially, it was only Scottish Power who would not be following these price usage rules, and Martin reported the energy firm to Ofgem for what seemed to be a breach of regulations.

However, Ofgem has now responded to the query with “some surprising findings”.

Martin explained: “Separately, we contacted E.on after some MSE users reported that it had given them contradictory information to what we’d said. It then gave us a statement seemingly at odds with its original one and started to say that any energy used in April would be charged at April’s rate regardless.

“I discussed this with the regulator today. I’ve only been given provisional thoughts, and this is not cast iron, but I wanted to get the information out as quickly as possible, as I am concerned the use of the tip won’t work as widespread as first thought.”

Martin and his team of experts are working with Ofgem to get “full watertight information by lunchtime on Thursday 24 March” and will update the guide on MoneySavingExpert.com then.

But, to answer the big question of whether you should be topping your prepay meter to the max just now, Martin said: “No. Please wait until Thursday, when I hope we can give you cast-iron information on this.”

Provisional findings to be finalized March 24

Martin then outlined the provision findings, which you can read in full here.

Martin said the ‘max top-up tip’ will “NOT work with Scottish Power and E.on” as both companies say it won’t work.

Customers will pay the new rates from April 1 even if they don’t top up until later. Scottish Power has said it will simply clawback the money via the meter at that point, Martin said E.on hasn’t specified how they will get the money back.

Martin explained: “The regulator has told us there is likely to be nothing in the license conditions that prevents firms from doing this. So we must work on the assumption that it is correct.”

However, he confirmed that the ‘max top-up tip’ is “likely to work for other major suppliers’ electricity meters, however, his team will be checking again and confirming on Thursday.

British Gas has already tweeted that the tip will work for its non-smart prepay customers.

It is unlikely to work for gas with any supplier.

Martin said: “This is new technical information told to us today by the regulator, on the back of our Scottish Power complaint.

“Gas meters are made by Siemens, and while they don’t record what the date of usage is, the key or card that people use to top them up can be preloaded with both current and new prices in advance of 1 April. Which means that on 1 April, the rate the meter charges for gas can change even without them being topped up.

“So my current best guess is suppliers will do those arrangements. Therefore this won’t work for gas meters, even though firms haven’t told us this.”

Martin apologized directly to anyone affected by the new information.

He said: “My team and I have been rigorously researching this. And we checked the answers from suppliers and the regulator before giving the information out. We checked again before I gave it out in my show, asking suppliers to confirm it was correct, and asking the regulator to give us confirmation in writing.

“I’m gutted to have now discovered that in some cases that information was duff. On behalf of both me and MSE, I’m sorry. Diligent research is what we pride ourselves on.”

An update on this should be available by Thursday, March 24 on MoneySavingExpert.com and Martin’s social media channels.