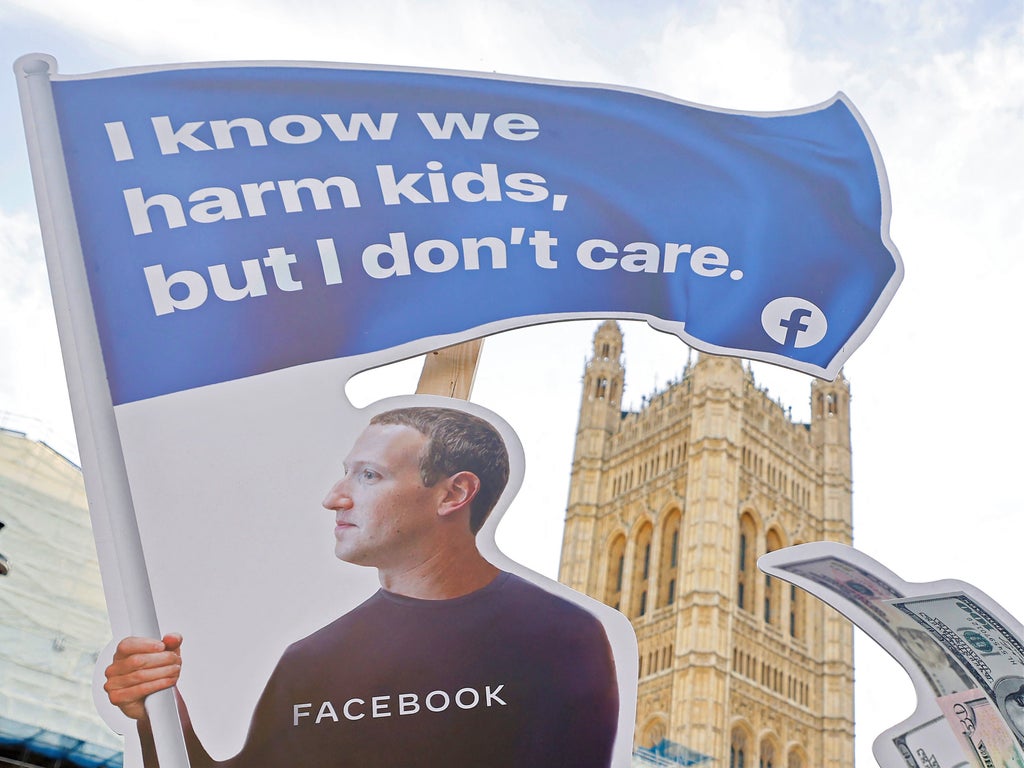 Is anyone on Facebook anymore? Silly question. Of course they are. Facebook – sorry Meta – still has a tonne of users on its various networks and is still making a tonne of money.

It’s just the growth that’s stalled. But the global fall in user numbers, revealed in the company’s results, was a first and Wall Street reacted by stampeding for the exit like the stars of Jackass when they were confronted with a herd of angry cows in the second movie.

The kids have long taken the view that the big blue kahuna burger is past its sell by date. It’s mum and dad tech. Hell, it’s grandparent tech. They’re eating up TikTok instead. True, Facebook has other strings to its bow. WhatsApp is still a thing. People haven’t yet fallen out of love with following celebrities on the ‘Gram.

But even they’ve been eclipsed by a rival that Facebook would probably dearly love to buy, if only the competition watchdogs would let it.

True, there are still plenty of mums and dads. There are new ones every day. Trouble is, they tend to have iPhones and they’re mostly using the facility that stops them from being tracked across the web, which creates a big dent in Facebook’s, Meta’s, ad revenues.

But will they even be using Facebook in a year? In two years? Five years?

Mark Zuckerberg and co haven’t exactly helped their cause with the way they’ve allowed the Facebook brand to become toxified.

The social network was once a lot of fun, what with the likes and the emojis and the connecting with people you knew ages ago or never knew in the first place. That is until some of those people started posting conspiracy memes. Until the newsfeed got sinister, and the whistleblowers popped up with allegations that the algorithms were set up to push those memes on the susceptible. Then there were the claims that they harmed kids, too.

At times, clicking on the app has almost felt like buying a pack of ciggies in a brown paper bag from under the newsagent’s counter. #DeleteFacebook has trended with each scandal.

Troublingly, for its investors, Facebook has often given the impression that it just doesn’t understand that it has a problem. McDonald’s was a bit like that too, until its declining rep started to hurt its bottom line and it came up with the idea of ​​offering salads. Then it cut down on the calorie-laden dressings and made them healthier. Then it ditched the plastic toys. Now there’s even a McPlant burger, for goodness sake.

When Coca-Cola made a mess, it put the new recipe nobody liked into the bin of corporate history. Facebook could surely find its salad or its classic coke if it wanted to. It might help if there were someone there to look the Zuck in the eye and say, “Dude, you have to think harder about this.”

But perhaps the more serious issue is that, for all the talk of it being the crack cocaine of the interweb, a festering boil of conspiracy theories looking to lure you in as soon as you dive down the rabbit hole, Facebook has just got kind of dull. As our children long ago realized.

Tech moves on, and old tech becomes obsolete. People’s habits change. They get bored. Much more quickly than they used to.

Hell, I was once on Facebook every day. I became an “active user”. Now I can go weeks without looking at it. Sometimes more. I occasionally get emails: “Jim (my Facebook name) see what your friends are up to on Facebook!”, “Jim, X has just posted something cool!” They have a despairing quality.

If there are enough people out there like me, the word “churn” is going to come up a lot more when Facebook reports its financials; the question of whether it can find enough engaged new users to replace the ones who’ve moved on will become a talking point.

The Metaverse is a VR thingy. People find it hard to explain exactly what it is supposed to be. I tried to read the explainer on wired only to come away even more confused than I was at the start. The Zuck, however, has enough of a handle on it to have become convinced that it will be the future of the internet. And he’s spending money like a lottery winner on their first trip to the Porsche showroom.

Trouble is, the pointy heads think it could take at least a decade, and maybe more, before it turns into something you and I are actually talking excitedly about using. Like we once did with Facebook, when it was new, and fresh, and we were sending those emojis to each other and sharing cute pictures of puppies when the boss wasn’t looking.

Meta desperately needs us to generate enough ad revenue to keep the show on the road until we’re all wearing VR headsets and interacting with avatars like the characters in anime films like Summer Wars or belle. Until that too gets, you know, dull.

Facebook’s confident that we will be there for it. Wall Street’s no longer quite so sure.