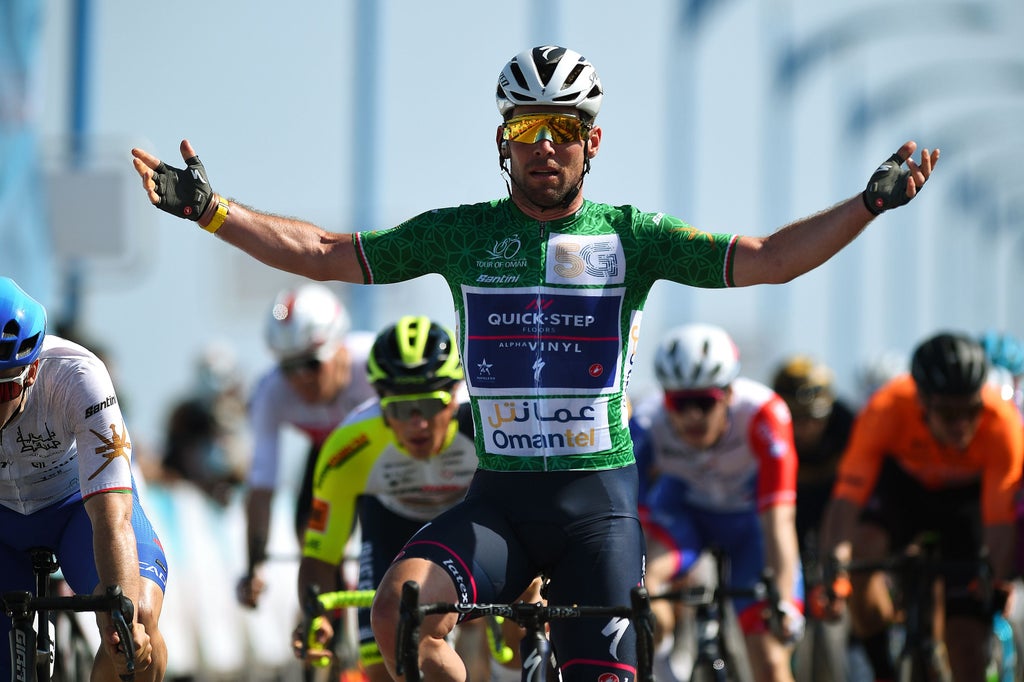 Mark Cavendish wants to use his experience of battling depression to help others who may be suffering from mental health problems.

The 36-year-old enjoyed a stunning renaissance in 2021 as he won four stages of the Tour de France – his first since 2016 – to equal Eddy Merckx’s record of 34, earning a nomination for Comeback of the Year at the Laureus World Sports Awards .

The wins were all the more special given Cavendish had been dogged by injury and illness for several seasons, struggles which left him clinically depressed.

The Manxman has admitted he previously believed that “depression was an excuse” but he now wants to talk about his own experience to help others.

“I was somebody before who didn’t really believe mental health problems were a thing,” he said. “The irony that I suffered was such a good thing because it meant I could personally talk about the fact it is real.”

Cavendish’s problems began soon after he won four stages of the 2016 Tour before withdrawing early in order to compete on the track at the Rio Olympics, where he won omnium silver.

The following year he suffered from the Epstein-Barr virus, initially misdiagnosed, while a series of crashes added to his problems.

A rider who had made winning look routine took only two victories between 2017 and 2020 – fearing his career was over.

“I went from being the best in the world to one of the worst overnight,” he said.

“I was misdiagnosed and mishandled by people I trusted in an old team and it pretty much wiped out everything physically I had worked for, and along with that came mental health problems…

“If you think you’ll never get it, if you think, ‘Oh, I’m strong’, it’s not about being strong or weak in the head. It’s an illness. It’s chemical. It’s something you can’t control.

“In every interview I do I’ll talk about my problems because if one person can take something from it then it’s worth it. I’ll talk about it because I know how damaging it can be not just for your life but other people around you.”

Cavendish has previously spoken about the vital role his wife Peta played in his comeback, pushing him when he could not push himself, encouraging him when his belief wavered, and his answer when asked what has been his greatest win is telling.

“That I still have a family after what my job takes from me, after my life was turned upside down with physical and mental illness,” he said. “That I still have my family is the biggest victory I could ever hope for. That’s for sure.”

Last year’s Tour was one of the great sporting fairytales.

Months before he gave a tearful post-race interview, admitting he feared his career was over. But then he was offered a one-year, minimum wage deal with Deceuninck-QuickStep – now Quick-Step Alpha Vinyl – and when Sam Bennett suffered a knee injury, the door opened for an unexpected return to the Tour.

Even then, few would have foreseen the four stage wins that followed.

“Last year I got asked a lot about stars aligning, but there’s a difference between stars aligning and you going to every single star and burning your hands to pull it into line,” he said.

“As a sportsperson I can weep about my hard times, but that’s what makes a comeback – when you’ve had hard times. I’m fortunate that a comeback means I’ve got something back.

“A lot of people are in a position where they’re still fighting. All I can say is, don’t give up.”

See also  Virginia Torrecilla: "To all those who go through hard times: I would never have imagined that I would be here, healthy" | The spar