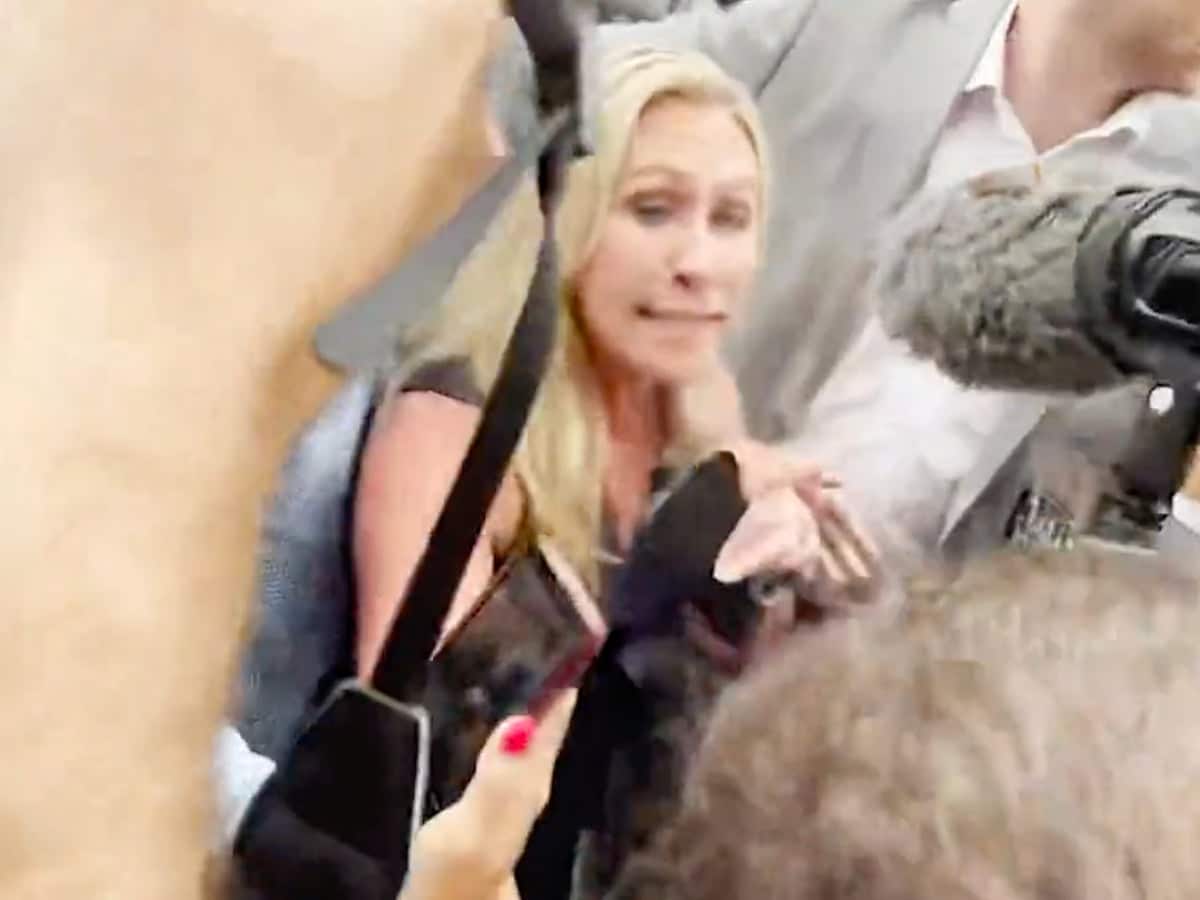 Marjorie Taylor Greene admitted to spreading a photoshopped photo as she doubled down on a series of baseless claims about the mass shooting at a July 4th parade in Highland Park, Illinois.

The Georgia representative, a first-term congresswoman who is known for promoting outlandish conspiracy theories, began her bizarre assertions hours after the shooting on Monday when she suggested that suspected gunman Robert Crimo’s rampage could be blamed on illicit drug abuse or the side effects of commonly -used antidepressants.

Despite a lack of publicly available evidence indicating Mr Crimo was a drug user of any sort, Ms Greene took to Twitter late on Monday to say anyone not buying into her claims was part of a coverup on behalf of the pharmaceutical industry.

“When are we going to have an honest conversation about drug abuse, mental illness, and SSRI’s… and deadly side effects. Are we really going to keep pretending? Or covering for Big Pharma? Because I’m absolutely done with the political plays on this [bulls***],” she wrote. SSRIs – selective serotonin reuptake inhibitors – are drugs often used as antidepressants.

“Instead of having an ounce of compassion, it’s cold hearted insanity,” he wrote. “I’m so utterly done with this evil movement.”

In a subsequent Twitter thread, Ms Greene continued her rant along with a clearly-photoshopped image of Mr Crimo.

“The guy made rap videos about school shootings or being killed in a hale of bullets by police and was ‘known to the police.’ The public deserves to know why! Release his records of him, school record, arrest, drugs and prescription drugs, hospitalizations, psychiatric, ”she wrote.

“The public should not allow this to continue. People are not stupid. Is he in jail or rehab or a psychiatric center in this photo? That’s not his bedroom. He is 22 yrs old and 5’11 and 120 lbs he is not normal or healthy. What drugs or psychiatric drugs or both does he use?”

Soon after, Ms Greene acknowledged the blatant lack of authenticity in the image she shared – but argued it backed up her prior comments.

“Supposedly this is photoshopped,” she wrote. “More reasons to release his records from him. What’s wrong with him?

Police arrested Mr Crimo on Monday evening following a brief car chase after he was linked to the shooting, which claimed the lives of seven and left more than three dozen injured, by a DNA sample found on the high-powered rifle discovered at the scene of the shooting.

The following day, he was charged with seven counts of first-degree murder.

According to NBC News, Mr Crimo’s internet presence indicated a longtime interest in internet subcultures that are fascinated with mass shootings and death. There is no evidence that he has been a habitual user of illicit drugs, nor that he has been treated with antidepressants.

Nancy Rotering, the mayor of Highland Park, told NBC’s Today she knew the alleged killer when he was a child as part of a Cub Scouts group she once led.

“I know him as somebody who was a Cub Scout when I was the Cub Scout leader,” Ms Rotering said. “And it’s one of those things where you step back and you say, ‘What happened?’ How did somebody become this angry, this hateful to then take it out on innocent people who, literally, were just having a family day out?”