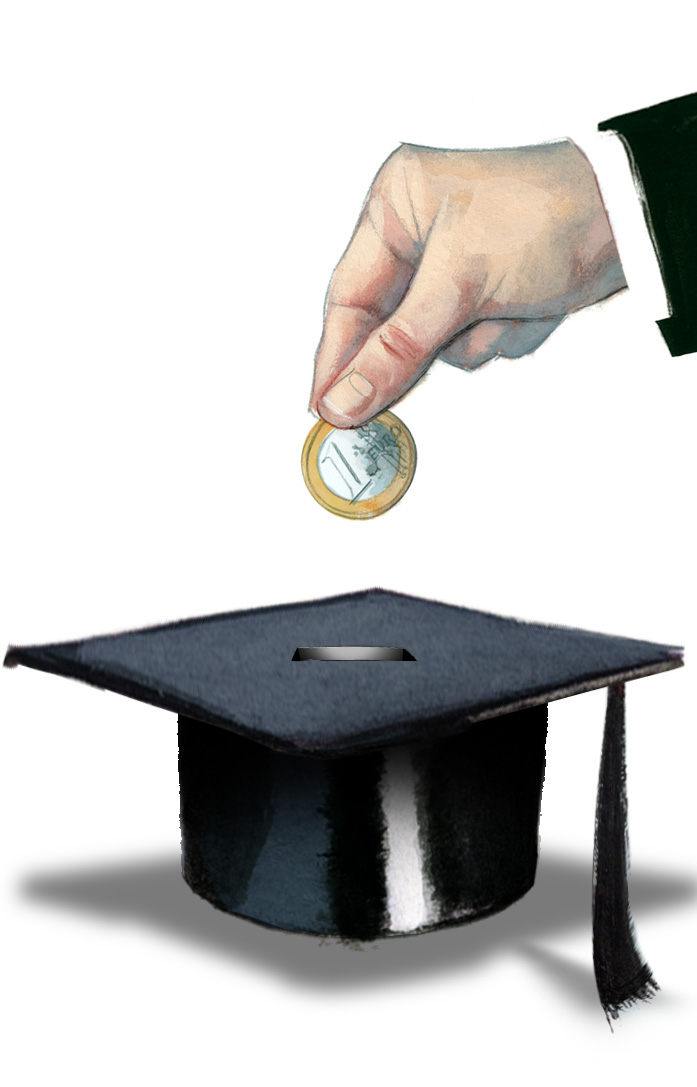 What is remarkable in our time is not that there are rich countries, but poor ones. How is it explained? It is explained because populism, the search for paradise, socialist dreams are still alive, despite the denials that reality has imprinted on them in all attempts to organize society according to those ideals. The error, especially in the political field, continues to do its thing, especially in underdeveloped countries. And immediately it does not give the impression that that could vary.

What should a country do to get out of poverty, achieve development, create an economy within the reach of the bulk of the population, allowing men and women to achieve decent standards of living, and for some, the most striving or visionary, wealth? that the most advanced societies reward those who bring them the greatest benefits? I exclude from this article all illegal activities.

A country that wants to get out of underdevelopment must open its economy, which is largely in this condition due to its closed structure and the suffocation caused by the State, which generally monopolizes the bulk of economic activities. As long as they are controlled by the state, the result is invariably corruption, the privilege of a minority of bureaucrats, scientific and technical backwardness, and dependence on the outside, their subordination to the more developed and prosperous countries. “Opening the economy” should be understood, fundamentally, as its privatization, the transfer of a nationalized economy to a free economy, ensuring that it is the whole of civil society that makes use of it and not that small minority that has it in their hands. of the State, with the tale of better serving the majority. How many times have we heard that lie?

Transferring from a nationalized economy to a free economy is relatively easy, as long as the government is oriented in this direction. And, for the same, it is essential to change the idea that the masses and elites, damaged by collectivist prejudice, have of the “entrepreneur”. According to these versions, the businessman is a selfish and avid being, who only thinks about accumulating money, for which he uses any device and illegal behavior, to the detriment of the hungry majorities. This idea is wrong; That there are some entrepreneurs with such a mentality is possible, and, in general, these are people who are misled by a system that pushes entrepreneurs to act in this way. But in a free society, the entrepreneur is the one who advances into the future faster than his colleagues, noticing the upcoming needs and, by paying his taxes and creating work, facilitates the progress of society. This change in mentality regarding the entrepreneur is one of the most difficult things in countries devastated by populism. But this will inevitably occur in societies that “open up” from economic confinement to freedom.

To “open up to the world” is not only to develop private companies within national limits: it is to open up to all the markets of the planet, trying to establish, from the beginning, places where it is possible to sell national products with an advantage and acquire in the most convenient way those that are needed in the own place, that is to say, developing the economy, taking advantage of the global characteristics that markets usually have today, unlike in the past, where they were limited by the prejudices of the time. With these basic measures, a country should already attract foreign investment.

There is a huge mass of dollars that are scrutinizing the world with the intention of investing. But they don’t do it anywhere, of course. The phrase: “There is nothing more cowardly than a million dollars” expresses a truth. Those dollars seek security, the support of international institutions, before taking risks. For this reason, underdeveloped or developing countries must propose attractive investments and, above all, absolutely safe, if they really want to attract capital.

This openness to the world runs the risk of establishing a disproportionate income in the poor country, with which some sectors advance very slowly and others quickly. Hence the enormous differences that, in Chile for example, caused those outbreaks of the proletarian and exproletarian class, which went in search of the middle class and could not bear that differentiation in income.

To avoid those differences, liberalism, the engine of democracy, invented “equal opportunities”, one of the essences of progress that has given democracy its ingredients of greater social justice in the same process of getting out of poverty. In the field of education, for example. It is not fair that according to the social sectors to which they belong, people come to share the benefits. Those who have been educated, as happens in the less privileged sectors, in miserable little schools, with few teachers, without technical devices or libraries, are condemned to have the worst jobs and, on the other hand, young people from privileged classes, who can afford a good school, they have access to trades and professions that drive them to have the best salaries and constitute the elite of society. A country that seeks justice in freedom must spend significant sums in creating a very high-level public education, paying and training the best teachers and establishing colleges and schools that can compete with and surpass the private ones. Many people will think that this is an impossible ideal. Is not true. France had a very high-level public education that brought labor leaders to top positions. And to mention an “underdeveloped” country, which did not seem so at the time, Argentina at the beginning of the last century had a public education system that the whole world looked upon with envy and admiration.

See also  How true is it that girls just 'don't like' hard maths?

Equal opportunities can work perfectly in that period of openness, if we do not want distortions and inequalities to spoil the liberation process undertaken by a country that wants to get out of poverty. It can be applied in different social areas and not only in education, but it is in this field that changes must be underpinned, since it is in this sphere that the privilege of high incomes and the intellectual differences between students is most felt. different social sectors. A country that “opens up” to the world and towards itself must spend large sums especially in the field of education, in which all expenditures should be allowed, as far as possible, to correct the scourge of inequality.

It goes without saying that opening a country, both internally and externally, is more difficult and the country is exposed to crises, conflicts and social dramas. This transit can be shortened or lengthened, according to the conditions of the country and the slowness and speed with which the changes are applied. These should not be so fast that the country cannot handle them or so slow that they give the impression that nothing changes. But it is not possible to dictate a valid formula regarding the speed of change. It all depends on the leaders and the degree of enthusiasm with which the bulk of the population accepts these reforms.

The important thing is to consider where you want to go. A country that “opens up” both inside and outside and wants to achieve well-being and true social justice can withstand the difficulties that this transit offers. And to know that the only countries that have prospered have obtained it this way.