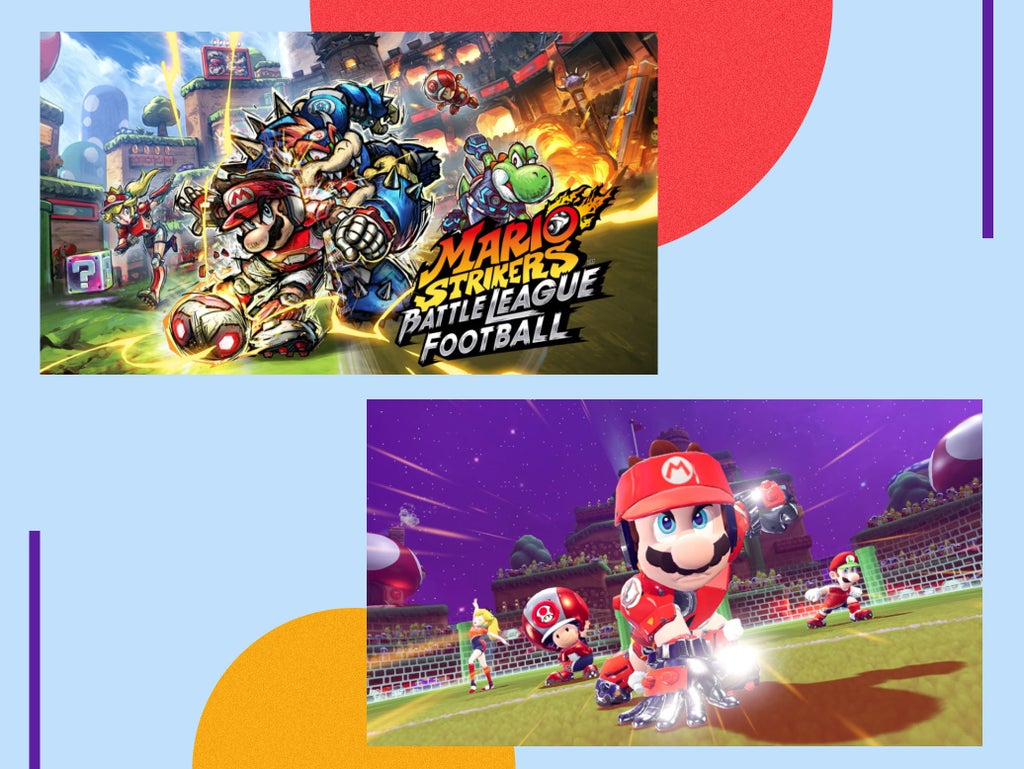 Between rounds of tennis, golf and competing in the Olympic games, Super Mario is quite the athlete. So it would make sense that he is due to return to the football pitch this summer in the latest installation of the mario striker series.

Super Mario Strikers was first released on the Nintendo Gamecube in 2005 and made a return on the Wii in Mario Strikers Charged in 2007, but since then we haven’t had much word on Mario’s soccer career.

During February’s Nintendo Direct event, fans were pleasantly surprised to see the Mario Strikers series on the Switch’s roster.

It looks like a return to the “battle football” style of play that puts emphasis on over-the-top goal-scoring, tackling and power-ups as well as competitive local multiplayer and online clubs.

Keep reading to find out more about Mario Strikers: Battle League Football, where to buy it and what new features to expect.

In Mario Strikers: Battle League Football, players will take to the pitch as one of the characters from the Super Mario franchise, from Mario himself, to Luigi, Bowser and Princess Peach.

The main game mode is called “Strike”, a five versus five battle mode that uses a very loose definition of football (at one point in the trailer, Bowser picks up the ball with his hand) that emphasizes offensive play using tackles, items and special shots to break the opponents’ defenses.

Players can customize the gear of their characters to change stats such as speed, passing and strength. Teams can also activate a “hyper strike” by collecting orbs on the pitch – if they can successfully charge it and get it in the net, the player’s goal is worth double the points.

Up to eight can play locally on one Switch console, as well as online. Individual matches can be competed in but there is also a “club mode” where up to 20 players can join an in-game club to compete for placement in the rankings. Clubs can also compete against each other in a world ranking.

During the Nintendo Direct event, Mario Strikers: Battle League Football received a release date of 10 June 2022 on the Nintendo Switch, which includes the lite and OLED models.

For the latest discounts on the Nintendo Switch and other tech offers, try the links below: