Skip to content
Home News María Casares: the glorious cinema of the exiled actress who became the great lady of French theater | Culture 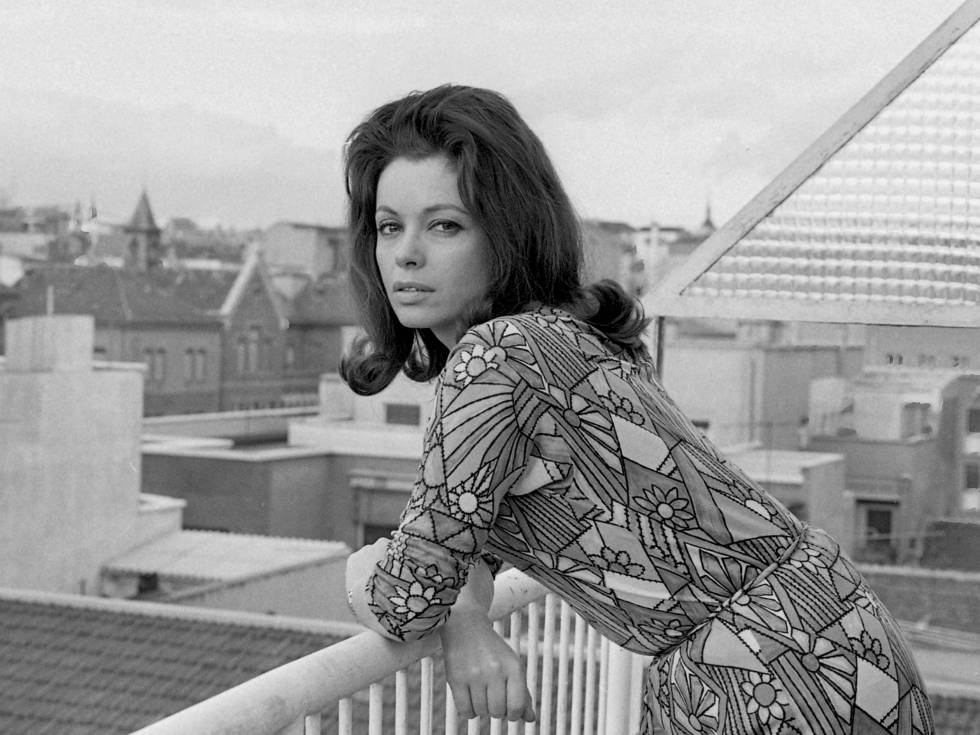 She was one of the great ladies of the 20th century French theater, but she was Spanish, and the daughter of Santiago Casares Quiroga, a fundamental politician during the Second Republic, president of the Council of Ministers at the time of the coup that caused the Spanish Civil War. María Casares (1922-1996) had to go into exile with her mother and arrived in Paris the day before her 14th birthday, on November 20, 1936. Since then, she has lived the life of a film that the French writer Anne Plantagenet narrates on The only one. Maria Casares, biography recently edited by Alba.

Adolescent lover of the very young lover of his mother, the Trotskyist militant Enrique López Tolentino, who was made to pass as his brother in social gatherings and in statements to the press, and subsequent lover for 16 years and until his death of the writer Albert Camus, Maria gradually became, with a gigantic impetus and a dramatically free vital attitude, a theater star who only occasionally approached the cinema. Of course, in his not too extensive filmography the famous performances that have gone down in the history of world cinema accumulate. The turbulent sentimental relationships in real life of Casares had an artistic mirror in some of her great roles on celluloid, as a “tragic, possessed and vibrant actress”, in the words of Plantagenet, under the orders of some of the great names of French cinema. 20th century: Marcel Carné, Robert Bresson, Jean Cocteau.

His figure, praised in abundant press articles and in relevant publications –Books burn badby Manuel Rivas; Albert Camus and María Casares: Correspondence, 1944-1959, among others – is well known. However, even for many contemporary moviegoers, his artistic work on the big screen is still largely ignored. That is why, while waiting for someone to start composing the great film about his life, we have proposed a review of his five main works. Characters as rapt as the complex existence of a unique woman.

The masterpiece of French poetic realism and the career of its director, Marcel Carné, is based on the writing of the movement’s champion, the left-wing poet Jacques Prévert, and on the sets of the mythical production designer Alexandre Trauner, who for two decades later he would end up in Hollywood composing the historic hive-office of Apartment. The lyricism that Prévert grants him runs in a triple direction: in the story itself; in his poetic dialogues (“the actors are not people, they are everyone and nobody at the same time”), and in the essences of his fatalistic characters. Happiness seems an unattainable territory for all of them, but especially for the precious role that Casares plays with sorrowful faith (and almost autobiographical), in his film debut: with a sad halo and wet eyes, but of iron confidence. A woman who is said to be more beautiful when her love is finally reciprocated for at least a while: “I am not beautiful, I am simply happy.” Nobody in the film loves the right person and for that reason they all end up in insurmountable affliction, in an existential gallows that they go to with the awareness of dying inside and out. Love as a condemnation: “What a prodigious destiny! Not to be loved by anyone, to be free ”.

Tribute to the world of theater, Children of paradise It does not refer in its original title to any creature, but to the French expression that designates the spectators of the henhouse, miserable people with big dreams, clinging to fictional stories in the cheapest seats, so as not to think about the hardships of the reality during the German occupation of France. In fact, the film was shot under exceptional circumstances over the course of a year and a half, with continuous interruptions, and could not be released until after the war, with resounding success.

‘The Ladies of the Forest of Bologna’ (Robert Bresson, 1945)

Choderlos de Laclos and Denis Diderot wrote almost at the same time, around the year 1780, and in France, Dangerous relationships and Jacques the fatalist. Two novels about the sense of libertine, articulated by pathways and historical sentimental manipulations, especially in their famous film adaptations: The ladies of the forest of Bologna and Dangerous friendships. Hélène and the Marchioness of Merteuil, Casares and Glenn Close, share a master plan and games of sexual and moral greed. They are both obnoxious, and perfect.

Bresson adapted Diderot, with dialogues by Jean Cocteau, always thinking of Maria as the perfect harpy who takes revenge on a lover who no longer loves her. Like in Children of paradise and later in Orfeo, the Spanish actress is the woman who loves and is not reciprocated, as a cruel expansion of what was in a certain way her personal life around Camus, doomed to be the other. “Love does not exist. Only tokens of love ”, says one of the most terrible phrases in the story, filmed by Bresson on a very difficult shoot during the spring of 1944, also interrupted by the German bombs. Casares, who in those days was preparing the premiere on the stage of the historic The misunderstanding, of and with Camus, and who in a way despised the cinema, its interruptions and its restrictions, she never seemed happy with her films. In fact, she used to speak ill of Bresson, and Plantagenet says in her book that she even hated him, not least because he forced her to drink to get what she wanted from her. The clash between the artist who renounces any artifice and the theatrical, brilliant and bombastic style of the woman already worshiped on stage is not surprising. Still, the film, about the danger of dependence on love and the pettiness of a society that never forgets mistakes, is portentous.

The legend of Orpheus: the man who went down to hell to retrieve his wife Eurydice, and could only get out of there on the condition that he could not look at her anymore. But he looked at her and was torn to pieces. Cocteau confirms the timelessness of the legends with a bureaucratized underworld and an atmosphere around the literary world, in the Café de los Poetas, the place “that believes itself to be the center of the universe”, continuous struggles of egos and aspirations, almost always vain, and many others, miserable: “Poet is the one who writes without being a writer.” Orpheus, played by Jean Marais, lover in real life of the poet, playwright, essayist, painter and filmmaker Cocteau, sells his soul to the devil to continue composing sublime poems. The downfall of the artist, so close to everyone who was making the film.

Casares is, directly, Death. So, with capital letters. Very tough, even scoundrel in her gesture, but with a special sweetness when she ends up in love with Orfeo and loses her nature, her composure, her coldness. A Death disguised as a literary editor, who does not move around the world with the scythe on his shoulder because then they would recognize her. And a woman judged by her own ranks in hell for overreaching her job. Death is forbidden to love and has loved. It’s the end.

Available on Filmin and Amazon.

Ten years after Orpheus, Cocteau becomes the protagonist and no longer needs an actor to present his ideas: he does it directly on screen, and subtitles his film Or don’t ask me why, as a kind of ravishing personality not apt for explanations. As he says himself in the voice in off: “My film is nothing more than a striptease that reveals my naked soul ”. The poets, “who know fearful things.” Cocteau reconstructs time with successive backward-facing shots and, together with a host of stars in varied cameos, has Casares again to play Death. In a trial against the poet, before an infernal court commanded by the character of María, Cocteau admits having wanted to jump the mysterious fourth wall on which men write their loves and dreams. Rebellious, bold, he makes disobedience a priesthood. Smoking incessantly, at a time when in his real life he fed on several packs of tobacco a day, Casares or, better, his role in the film, is condemned after the transgression of the first Orpheus to the worst of penalties : to judge.

More than The testament of Orpheus, is Cocteau’s testament, and they pass through there sharing stills, between a couple of beautiful flamenco sequences and a cornet and drum band, Pablo Picasso, his wife, Jacqueline Roque, Luis Miguel Dominguín and Lucía Bosé.

Available in Plex.tv and on DVD edited by Universal.

Deliberately provocative and sensual, with several narrative layers of complex structure at different levels, with fictions within a fiction, The reader it is more French than France itself. And it has an orgasmic climax: the moment when one of the protagonists, a boy in a wheelchair who barely leaves the house, has a premature ejaculation while the voice of his reader recites a lustful text by Guy de Maupassant.

Casares, with very short black hair, plays with grace and daring a blind woman who loves Russian authors. A Marxist-Leninist of great expressiveness who, perhaps as a meta-cinematic wink introduced by Deville, her director and screenwriter, ends up talking to her private reader about the poems of Jacques Prévert, the communist writer who gave lyrical breath to French poetic realism, and who had written Children of paradise, the film debut of the Spanish. Thanks to this role, María got her only nomination for Cesar, in the category of supporting actress. He said goodbye to the cinema in 1995, a year before his death, with The other america, de Goran Paskaljevic.

Available on DVD edited by Filmax.