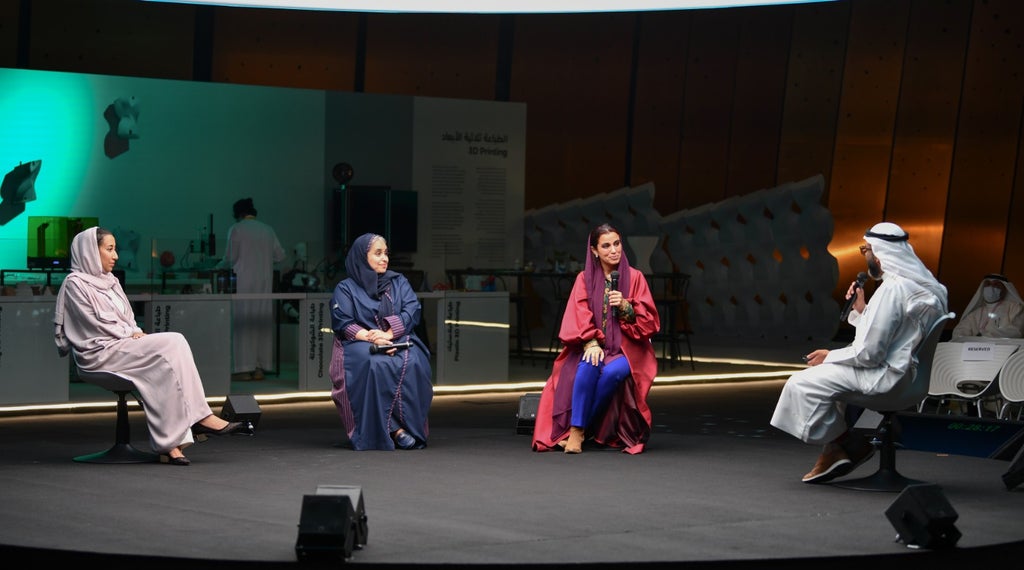 Ithra is a client of Business Reporter

A quick look at the journey that Saudi Arabia’s cultural and creative sector has taken over the past five years shows how an industry that, until recently, was considered relatively marginal has now become a major component of the kingdom’s economy and of his vision of the future.

Despite the setbacks caused by the Covid-19 pandemic to the creative and cultural industries around the world, and the threats that chains of cinemas, theaters, art galleries and other creative spaces will not recover to the pre-Covid levels, the Middle East and North Africa (MENA) region continued to prosper. In Saudi Arabia in particular, where the creative industry has been one of the fastest growing industries in the country, the sector found innovative ways to move forward, to build its own success story.

Part of this is due to the resilience of sectors of the kingdom: museums launched a wide variety of virtual experiences, government entities stepped in with a variety of local and support programs, and the creative output of Saudi citizens and residents soared. . Another strong point was the momentum that the sectors had taken in previous years. The General Entertainment Authority was established in 2016 and the Ministry of Culture in 2018. The King Abdulaziz Center for World Culture, Ithra, originally founded in 2008 as an Aramco CSR initiative to promote innovation, community, culture and knowledge, also opened its doors to the public in 2018. The inaugural edition of Saudi Seasons, a diverse calendar of entertainment events and cultural activities that attracted more than 50 million visitors, launched the following year in 2019. In all, The kingdom’s creative and cultural industries, also known as CCI, have been growing at a rate of 13 percent annually.

See also  Ivanka declines to plead the fifth and testifies before Jan. 6 committee

As a leading cultural think tank in the region, Ithra wants to promote a greater understanding of how the performance of the cultural and creative industry is evolving in Saudi Arabia and at a regional level. Having led the research with partners, it recently released three reports capturing the current state of cultural supply and consumption in the MENA region, as well as a report mapping the cultural and creative landscape of Saudi Arabia. This latest report presents an index of CCI in Saudi Arabia and assesses the landscape of CCI in different dimensions and sub-sectors in Saudi Arabia. Your goal is to establish the baseline and track the future progress of the kingdom. It has also produced a report on the impact of Covid on cultural industries.

“Since its inception, Ithra has established itself as a cultural catalyst and global gateway. As such, we are especially interested in the state of the CCI and the realities facing the industry,” says Fatmah Alrashid, Chief Strategy Officer at Ithra.

Speaking of the series of reports, he noted: “By highlighting the key ideas, facts and analysis of the production, consumption and enabling aspects of the sector, the study can be a resource for policymakers and the public, changing mindsets and inspiring. dialogue on the state of the industry”.

The report also uncovers several specific thematic trends related to cultural demand and consumer preferences in the MENA region. These include:

The CCI Index serves as a vital analytical tool in the kingdom’s private and public sector arsenal as the transformation of its cultural and creative industries continues. In recent years, CCI in Saudi Arabia has seen great efforts to introduce public policies and financing that support the development of the sector. Strong government support made “Public Policies and Regulations” the highest scoring category, scoring seven out of ten.

The economic contribution and potential vary between the different sectors, but most show signs of recent positive development in key indicators. These include:

Consequently, the kingdom has become a key site of growth and innovation for cultural industries, and citizens are taking active steps to engage more with its cultural output. In the capital Riyadh, more than any other city in the survey, interest in culture was highly localized, with 88 per cent of respondents citing an attraction in the city as their last place visited and 69 per cent saying that I would visit more cultural sites. sites in 2022.

The outlook for Saudi Arabia, and the MENA region in general, is promising, but there is still work to be done. Cultural offerings must be made more accessible to the general public and therefore more inclusive. Of the MENA respondents who said they would visit the sites more than twice a year, half were in the higher income range. This trend was most pronounced in Saudi cities, where 75% of high-income respondents expected to visit cultural sites in the future compared to 50% of low-income respondents.

There is also a clear trend towards access to culture through the digital realm. The highlight of the cultural calendar in Saudi Arabia had long been the Jenadriyah Cultural and Heritage Festival. It is still a treasured event, but more recently, and due to the events of 2020 and 2021, the nature of access to culture has diversified. More than a third in the kingdom said they had taken virtual museum tours during Covid-19, and other virtual cultural offerings have skyrocketed. Changes in consumer behavior have led stakeholders to experiment with new forms of financing. Internal tourism and festivals are also restarting and taking stronger steps. International tourism is also expected to provide a big boost to the cultural sector when it recovers, with several mega-projects, such as the Red Sea Project, and the opening of heritage sites in the coming years, which are expected to attract millions of additional visitors to the kingdom.

In its vision to cultivate and empower its creatives, the King Abdulaziz Center for World Culture (Ithra), in Dhahran, exemplifies the resilience of the Saudi cultural sector, going virtual with its offerings, including content creation. curated by children at a time when children remain a neglected segment for cultural content, as well as many other initiatives such as Ithraeyat, a cultural magazine focused on art and art culture, launched to keep artists in Saudi Arabia and the region connected to the public, especially during the closures at the height of the Covid-19 pandemic in the country and the region.

Despite the lingering uncertainty surrounding the pandemic around the world, research suggests that the creative and cultural industries are on the cusp of a golden age in Saudi Arabia. It is in the fortunate position to continue to grow and can learn from its neighboring cultural cities how to go further.