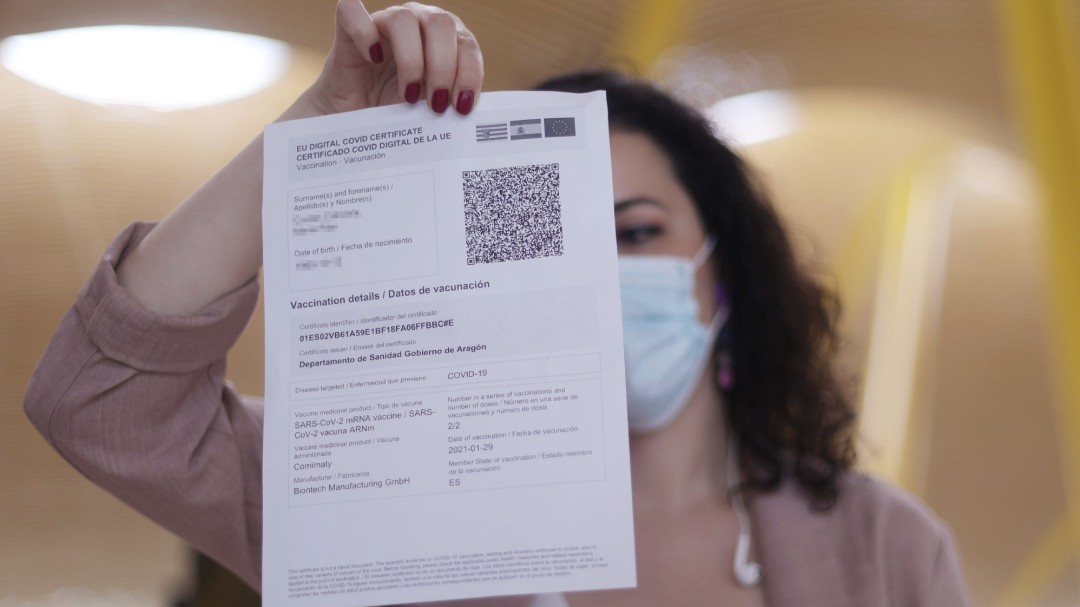 Galicia, Aragon, Balearic Islands, Murcia, Catalonia and Navarra already have the endorsement of their higher courts of Justice to impose the Covid passport in their territories and to be able to access certain spaces in the face of the upturn in cases that is occurring nationwide. For their part, La Rioja, the Valencian Community, Andalusia, Castilla y León and the Canary Islands are waiting or are studying to apply for it.

On the contrary, the Community of Madrid, Castilla-La Mancha, Asturias and Extremadura stand out from the rest of the communities, which have no intention of requesting or imposing it. For its part, the Basque Country has already requested it from the TSJPV but it was knocked down.

The covid passport is one of the measures that are on the table in the face of the increase in coronavirus infections, and in fact Aragon has just implemented it to access nightlife; Galicia, which already required it in this sector, has extended it to hospital visits, and the Basque Country is seeking the endorsement of the Supreme Court after the rejection of its Superior Court of Justice.

In the case of Galicia, the Galician Superior Court of Justice has already authorized to request the COVID passport in the restoration, a measure that takes effect this Saturday, November 27 at midnight.

The Valencian Community has already decided that it will ask the Superior Court of Justice of the Community for the endorsement for its implementation as of December 3 and for 30 days, in hotels, restaurants, entertainment venues, casinos, bingo halls and other celebrations.

However, Castilla y León does not plan to apply this tool, after the expert committee has doubted that it is effective on its own.

Mandatory in the hospitality industry in Catalonia

Since last midnight, bars and restaurants in Catalonia -except on the terraces- have been obliged to require this certificate, which will also be mandatory when visiting geriatric residences and gyms. It also extends to cinemas, theaters, auditoriums and commercial galleries, among others, although only in the event that there is dance or catering activity inside the venues.

In Catalonia it was already required since October 7 to enter indoor nightlife venues and since the beginning of November also for banquets, celebrations and events that are held in hotels and restaurants with the possibility of dancing. But the evolution of the pandemic has driven its expansion as the cumulative incidence now reaches 170 cases per 100,000 inhabitants.

The Superior Court of Justice of Navarra has authorized the COVID passport and it comes into force this Saturday, November 27. The Provincial Government is going to require it from the age of 12 in restaurants with capacity for more than 60 diners, discos and party rooms, establishments with a café-show license and bars with a special license. In the latter, it will be requested from 0:00 hours. In the first hours after knowing the authorization of the Justice, the Navarrese passport issuance system was blocked due to the high demand. The document will also be verified in mass events of a cultural nature with the consumption of food and / or drinks held indoors and in which the capacity of 1,000 people is exceeded.

For its part, the Andalusian Government brings together this Friday the committee of experts to which it will take a proposal to make it mandatory, progressively depending on the evolution of the pandemic, primarily in hospitals and residences, but also nightlife, large events, cultural and sports activities.