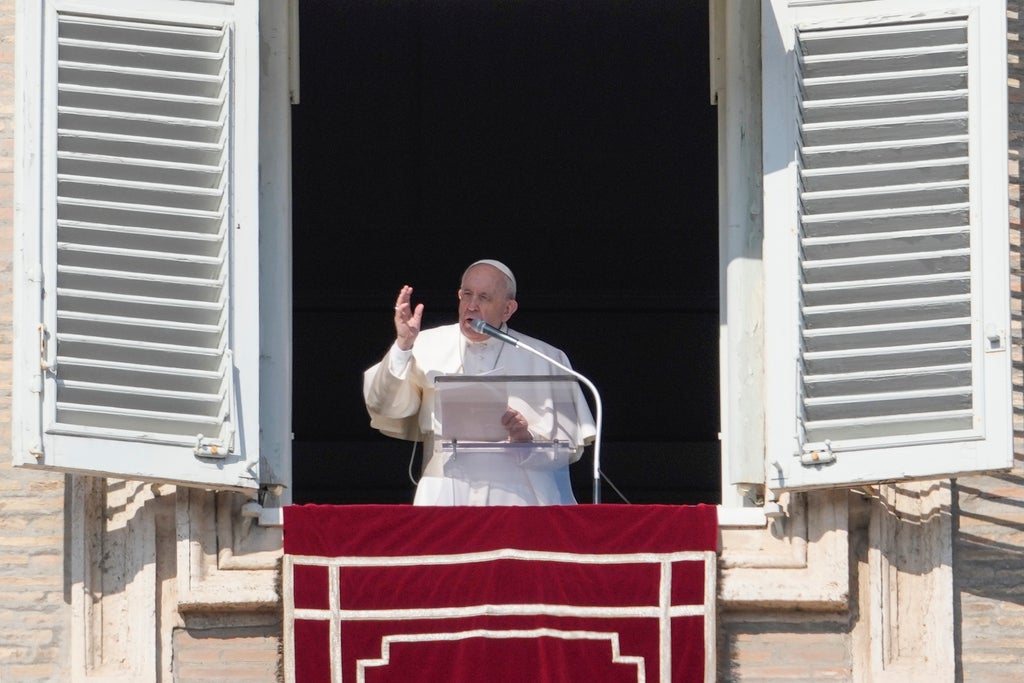 By the thousands, Americans have been seeking religious exemptions in order to circumvent COVID-19 vaccine mandates, but generally they are doing so without the encouragement of major denominations and prominent religious leaders.

From the Vatican Pope Francis has defended the vaccines as “the most reasonable solution to the pandemic.” The Greek Orthodox Archdiocese of America declared categorically that its followers would not be offered religious exemptions. Robert Jeffress the conservative pastor of a Baptist megachurch in Dallas, voiced similar sentiments.

“Since there is no credible biblical argument against vaccines, we have refused to offer exemptions to the handful of people who have requested them,” Jeffress told The Associated Press via email. “People may have strong medical or political objections to government-mandated vaccines, but just because those objections are strongly felt does not elevate them to a religious belief that should be accommodated.”

Rabbi Sholom Lipskar of The Shul of Bal Harbour, an Orthodox synagogue in Surfside, Florida, says he tells congregation members that vaccination should be a matter of free choice.

“But I always recommend that they get a medical opinion from a competent professional,” he added. “In a serious matter, they should get two concurring medical opinions.”

Within the US Catholic Church there are divisions – even though Pope Francis has been clear in his support for vaccinations. While some bishops have forbidden their priests from assisting in seeking exemptions, other bishops and priests have provided template letters for people claiming conscientious objections from the vaccines on Catholic grounds.

“We have had many requests and have helped quite a number process their letter/request,” the Rev. Bob Stec of St. Ambrose Catholic Parish in Brunswick, Ohio, said via email.

“Vaccination is not a universal obligation and a person must obey the judgment of his or her own informed and certain God-given conscience,” says one of the letters provided by Stec. “If a Catholic comes to an informed and sure judgment in conscience that he or she should not receive a vaccine, then the Catholic Church acknowledges that the person… has the right to refuse the vaccine.”

It’s different in New Jersey’s Archdiocese of Newark, which has advised its priests not to support religious exemptions for their parishioners.

“I have been asked about six times and have declined,” said the Rev. Alexander Santora, pastor of Our Lady of Grace & St. Joseph Parish in Hoboken.

Candice Buchbinder, a spokesperson for the Evangelical Lutheran Church in America, said the denomination is currently studying the question of religious exemptions. She noted that previous ELCA documents opposed broad religious exemptions and viewed medicine as “a gift of God for the good of the community.”

Even before the pandemic, the Episcopal Church’s Executive Council made clear its stance – adopting a resolution in June 2019 calling for stronger government vaccination mandates.

“The Executive Council recognizes no claim of theological or religious exemption from vaccination for our members,” the resolution said.

However, someone from a denomination that encourages vaccines can still seek an exemption based on individual conscience, said Bruce Ledewitz, a law professor at Duquesne University in Pittsburgh.

Ledewitz said he would advise a client wanting a religious exemption to say simply, “I have prayed about this, and I have come to the conclusion that God does not want me to take this vaccine.”

Employers have adopted widely varying approaches to such arguments – some granting many exemptions while others, including the US military services, have granted very few.

See also  Imogen McKay: who is Alex Beresford's future wife, when did they get engaged, who was ex Natalia Natkaniec?

While reasons for seeking religious exemptions vary, many Christians have cited the COVID-19 vaccines’ remote connection to past abortions. Laboratory-grown cell lines descended from fetuses that were aborted decades ago were used to test the Pfizer and Moderna vaccines and to grow viruses used to manufacture the Johnson & Johnson vaccine. None of those vaccines contain fetal cells.

The Vatican has stated that receiving these COVID-19 vaccines is morally acceptable. While it opposes abortion-related research, it said any vaccine recipient is not guilty for involvement in it, given how remote they are from the abortions involved.

While the US Conference of Catholic Bishops has echoed the Vatican teaching, several bishops have assisted people seeking religious exemptions. So has the National Catholic Bioethics Center, a think tank with prominent bishops on its board.

The center’s template letter says individual Catholics may interpret church teachings to conclude that it’s wrong for them to accept any medical product with a connection to abortion.

The Rev. Tad Pacholczyk, ethicist and director of education at the center, noted that the Vatican specifies that vaccines “must be voluntary.”

The church “strongly encourages the safeguarding of conscience rights” he said in a statement, criticizing a “one size fits all” approach to employer mandates.

“Such properly decisions belong in the hands of the individual patient, who can assess his or her on-the-ground situation more meaningfully than any federal agency, politician or employer,” he said. “Conscience exemptions to vaccine mandates need to be liberally available not only to Catholics but to all individuals.”

The claiming of religious exemptions frustrates some who suspect there are non-religious motivations.

“There is no distinctively Catholic objection to receiving any of the COVID-19 vaccines available,” said Michael Deem, assistant professor of bioethics and human genetics at the University of Pittsburgh.

He said the Vatican has provided detailed moral guidance on the vaccines’ acceptability — considering such things as the lack of alternative vaccines and the benefits of corralling a deadly pandemic.

The relatively low vaccination rate among white evangelicals frustrates Curtis Chang, a theologian whose Redeeming Babel organization launched a Christians and the Vaccine project with evangelical and health-care groups, promoting the COVID-19 vaccines on biblical principles.

Seeking religious exemptions for many “is a hijacking of religion to justify political or cultural stances, and that’s very dangerous,” Chang said. “There is no genuine religious reason for seeking an exemption, especially from employer mandates.”

He knows of pastors who favor vaccines but are pressured by congregants to give them letters justifying their vaccine refusal on religious grounds. “I’m encouraging pastors not to give in to that.”

The move for such exemptions is “a danger ultimately to the long-term cause of religious liberty,” he said, because employers and courts may discount the sincerity of employees when they face genuine situations where their faith needs to be accommodated.

Associated Press religion coverage receives support through the AP’s collaboration with The Conversation US, with funding from Lilly Endowment Inc. The AP is solely responsible for this content.