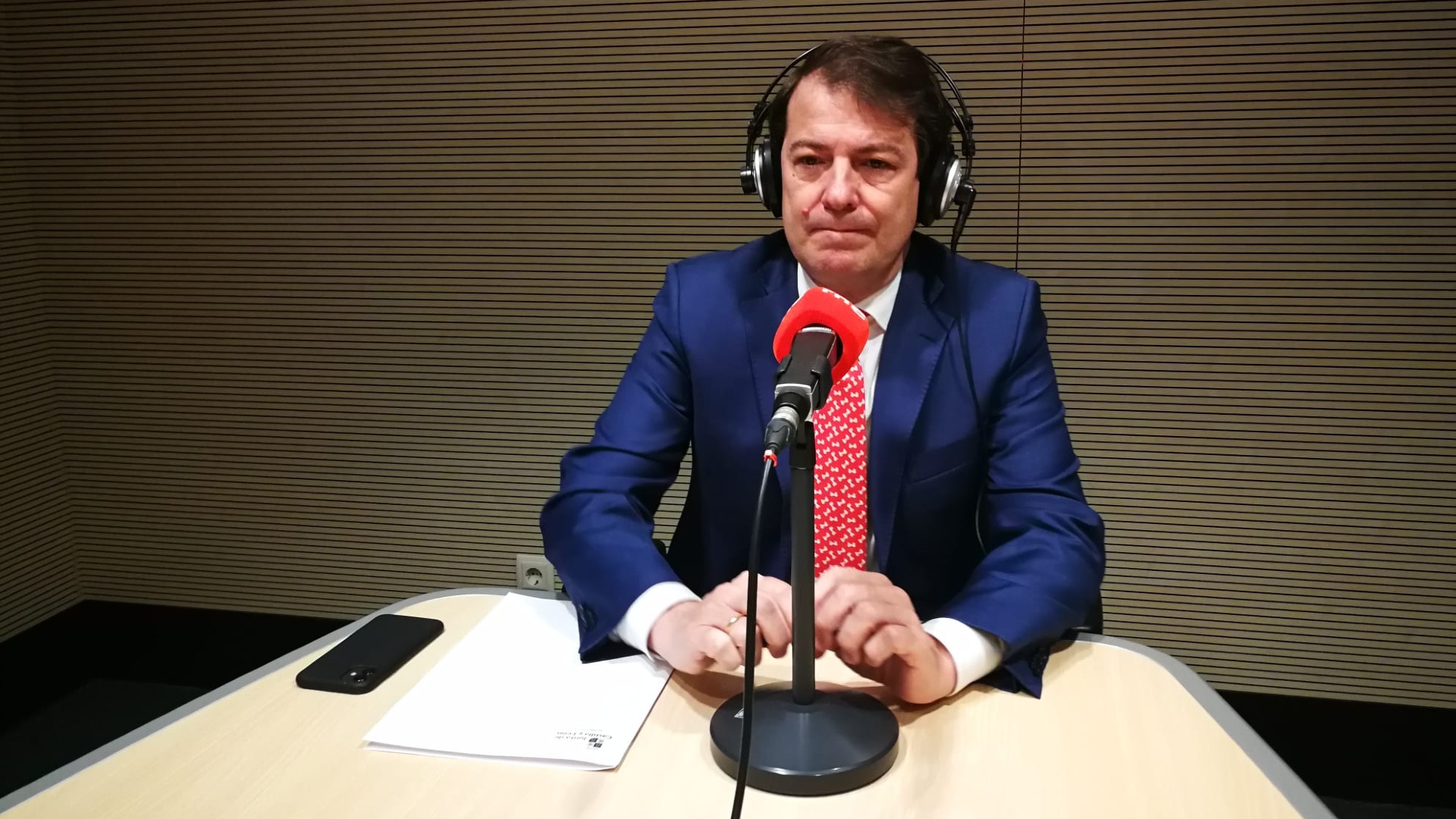 The President of Castilla y León, Alfonso Fernández Manueco, he has accused the PSOE of “plotting in the offices” a motion censorship and “Conspire to get turncoats” among his already former partners of Citizens and has blamed both formations for the electoral advance in the region for next February 13: “It made no sense, they are the ones who have caused this situation”.

Mañueco, that this Monday broke with Ciudadanos and remodeled its Executive without the ‘orange’ advisers, he insisted in an interview in RNE. “The one who has chosen the (electoral) date was not me, have been my partners and the opposition. The PSOE, fundamentally, that since the beginning of the mandate it is scheming and plotting to get turncoats”For the motion of censure, he assured.

Despite the fact that Citizens have rejected that their intention was to agree with the PSOE on a motion, Mañueco has had an impact: “Who has threatened a motion since September has been my partner, publicly and privately ”. In addition, he has once again accused Ciudadanos: “They were going to approve budgets behind the president’s back, behind the back of the PP “.

Asked what evidence or indications the president had about a possible vote of no confidence, he said: “A person who has suffered a motion of censure knows when they are going to have a motion of censure.” He then assured that the former vice president Francisco Igea (Cs) “already threatened” in mid-September that the opposition could count on their votes for the motion.

“In the last days of the coalition, the confluence of interests between the PSOE, Cs and some local party was evident“, Has continued, and has ensured that this Monday,” the responses of the PSOE and Citizens were clearly identical.

For this reason, he has defended his decision “in view of the possibility that at this time there would be a Frankenstein government “ in the region “in the Sanchez style”, something that “It would be lethal.” “For this reason, I said: let people speak, I have given them the voice and the vote so that on February 13 they choose the government they want ”.

On the other hand, Mañueco has rejected the accusations of Citizens and parties of the left regarding the “Irresponsibility” to call elections in the middle of the sixth wave. “We have been a government that has acted effectively,” he said. “The intention was to exhaust the legislature, that was my wish, but who has chosen that moment has not been me,” he reiterated.

The Government of Castilla y León is “in full power”

Has ensured that the Government of Castilla y León is “in full exercise of its powers” and that now has “the best Minister of Health” (Alejandro Vázquez, replacing the Minister of Citizens). “I can convey a message from tranquility to the population of Castilla y León and say that the Junta is going to protect them as it has been up to now ”, he has sentenced.

Mañueco has warned that he could “have had a more comfortable personal position” and not call elections but “The important thing was to guarantee the future” of citizens. In this sense, he has ensured that “the electoral polls” have had “nothing to do with it.” He has also reiterated that he does not accept “blackmail” nor that “policy of privileges in exchange for votes that work” with the Prime Minister, Pedro Sánchez.

For now, Mañueco rules out governing with Vox. “I aspire to have a large majority, with enough votes, that allow me a lonely government“, has said. And he has ruled out that the jump of Soria Ya! (a platform similar to Teruel Existe) is going to hurt the PP since it is “a crutch” for the left, from whom it can subtract votes, and for Sánchez.

The PP: “Mañueco had to press the red button”

The vice-secretary of Communication of the PP, Pablo Montesinos, has justified that the president of the Junta de Castilla y León, Alfonso Fernández Mañueco has pressed “the red button” of elections regional for on February 13 claiming that “there was a real risk of a vote of no confidence”.

Montesinos: “Mañueco had to press the red button. There was a real risk of a motion of censure”

In an interview in The Hour of the 1Montesinos has assured that “Citizens were negotiating behind their back with the PSOE.” In this sense, he has defended that the president of the Junta de Castilla y León, Alfonso Fernández Mañueco, “he has done what he had to do” and that he has done so “in the interest of the Castilian-Leonese. In this sense, he has considered that the citizens” will not reward that bravery “at the polls.