Skip to content
Home News Manolo Santana, pioneer of Spanish tennis by being the first to win a Grand Slam tournament | Sports Carousel 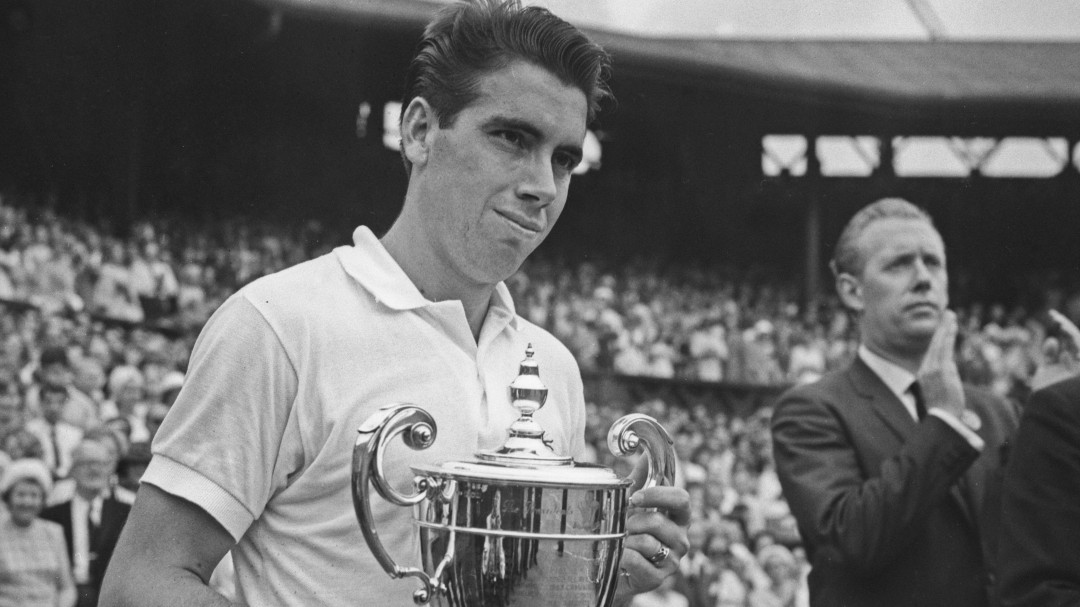 Manuel Santana, who died this Saturday in Marbella at the age of 82, was the great pioneer of tennis in Spain, since in 1961 he was the first of his nationality to win a Grand Slam tournament: that of Roland Garros.

Manuel Santana was born in the Madrid neighborhood of Vallecas on May 10, 1938. From a humble family, at the age of 12 he began working at the Velázquez club as a ball boy.

In 1954 his father died, who suffered prison for political reasons during the Franco regime, and the Romero Girón family took him under their protection. He moved in with them and went from ball boy to club member.

In 1955, coinciding with the end of his high school studies, he won the Junior Spanish Championship, which he revalidated the following year. Also in 1956 he was awarded the Real Madrid Tennis Cup and participated for the first time in the Spanish team that won the Galea Cup, a trophy that they revalidated consecutively in 1957 and 1958 as a team with Andrés Gimeno and José Luis Arilla.

In 1958 he won the absolute Spanish Championship and became part of the Spanish Davis Cup team.

Two years later, in 1960, he completed his military service in the Aviation weapon, and the following year he won the Roland Garros tournament, the first of his three individual “Grand Slam” and the first Spanish to conquer a tournament of this category, at defeat in the final Italian Nicola Pietrangeli (4-6, 6-1, 3-6, 6-0 and 6-2), who had won the title in 1959 and 1960.

In 1965 he won the European Davis Cup zone and came to play in the final contest for the famous salad bowl, losing to the Australians 4-1, with Santana’s point against Roy Emerson.

In their second Davis Cup final, in 1967, the Spanish fell back to the Australians and again Santana added the only Spanish point, this time by defeating Newcombe. His third “Grand Slam” was the 1965 US Open, in Forest Hill, after beating Cliff Drysdale in the final, 6-2, 7-9, 7-5 and 6-1.

On July 1, 1966 he won the only final that he managed to play in the prestigious Wimbledon tournament, in which he defeated Dennis Ralston, 6-4, 11-9 and 6-4. In the London grass he had already warned when in 1962 he reached the fourth round, against Rod Laver, and in 1963, when he reached the semifinals. This enviable record of the years 1965 and 1966 made it the most sought-after racket of the moment.

From the 1968 Olympic Games in Mexico, in which tennis was an exhibition sport, Santana won two gold medals, in singles he won his compatriot Manuel Orantes and in doubles, pairing with Arilla, they beat Orantes and Juan Gisbert.

Between 1958 and 1970, Santana played a total of 119 Davis Cup matches, of which he won 91. He returned to the team in Turin in 1973 and said goodbye to this competition, being the third in number of matches played, behind the Italian. Nicola Pietrangeli and Romanian Ilie Nastase, with 120 games in 46 qualifiers, of which 92 were wins.

Progressively from the beginning of the seventies he was leaving the tracks, eventually playing tournaments in the United States. Shortly after, he began his career as a coach in the United States and Romania, and sporadically in 1980 he returned to play.

In February 1981 he signed a contract as Davis Cup captain, a position he held until his departure in December 1985, pressured by players and coaches. His vacancy was filled by Manuel Orantes. At this stage the Spanish tennis players were in the Second Division of Davis.

In 1983 he took over the Puente Romano Tennis Club, in Marbella (Malaga), the town where he lived and where he died this Saturday.

He was a sportscaster for Canal Plus at the 1995 Wimbledon tournament, where Arantxa Sánchez Vicario lost the final to Steffi Graf. Days later, on July 14, 1995, he was elected to lead the Spanish Davis Cup team again, replacing Juan Bautista Avendaño, signing days later a two-year commitment, until the end of 1997, with an agreed fixed remuneration.

In September 1996 he returned Spain to the World Group by defeating Denmark in Tarragona, and in April of the following year they reached the quarterfinals against Italy. Despite the defeat, the Federation offered to keep him in the captaincy until 2000, although with a smaller chip, and in November 1997 his colleagues in the leadership of the Davis World Group teams chose him to receive the “Fair play” award. from the FIT to the best captain of the competition.

In September 1999 they managed to stay in the World Group by beating the New Zealanders at home (5-0), despite the fact that a group of important players (Corretja, Costa, Moyá, Martín or Ferrero) declined Santana’s offer to play. the tie. Santana’s family concealed his mother’s death from the captain and learned the news when they returned from New Zealand.

The critical relationship between the captain and the players caused that on October 18, 1999, President Agustín Pujol dismissed him as head of the Davis Cup team and replaced him with the conglomerate of coaches of the first Spanish rackets, José Perlas – coach of Carlos Moyá- , Javier Duarte-coach of Alex Corretja-, Jordi Vilaró-coach of Félix Mantilla- and Juan Bautista Avendaño-technical director of the CAR of Sant Cugat.

Days after his election, on February 1, 2001, the new president of the Madrid Federation Pedro Muñoz asked Santana to collaborate in his project, and in June of that year, on behalf of the Rolwil company, specialized in organizing of sports activities, he began to advise the Club de Campo Villa de Madrid in the organization of tournaments and the training of players, thanks to an agreement signed with the City Council of the capital.

In 2002 he was commissioned to direct the Madrid Tennis Masters Series, the first edition of which was held in October of that year and in which the best world rackets participate annually. This tournament, just behind in the category of the four of the “Grand Slam”, made a leap in its 2009 edition when it had a male and female team and became Masters 1,000 and the name of Mutua Madrid Open. Since that last year it has been held at the Caja Mágica, where the main track bears his name.

On November 30, 2017, the appointment of Feliciano López as deputy director of the Madrid tournament was announced, who succeeded him after taking charge of the 2018 edition. Since then he has been honorary president of this 1,000 Spanish Masters. Prior to this, in 2018 the Mutua Charity Manolo Santana was held.

On April 24, 2021, he attended a tribute in Barcelona during the Godó, which should have been celebrated a year earlier but was postponed due to the pandemic, on the 50th anniversary of his victory in this tournament in 1970. He was seen with a deterioration physical and walking problems.

Since October 2008, he was a member of the Council of Notables of Spanish Sports and since April 2009 he has been a member of the Spanish Olympic Committee (COE), within the individual capacity, where he was chosen at the express wish of its president, Alejandro Blanco.

In 1984 he entered the Newport Tennis Hall of Fame, second Spanish after Manuel Alonso in 1977; in December 2004 he received the FIT Excellence Award and in July 2005 he was appointed to be part of the “Club de Leyendas del Tenis Español”, in which its members serve as ambassadors for Spanish tennis.