Layoffs have a worse reputation than they deserve in the soccer industry. Many times the change of coach interrupts otherwise irreversible impairments. Progressive losses of confidence and order like those experienced by Manchester United, thrashed against Watford (4-1) in another display of general dejection of their players, who gesticulate more than compete, sure from experience that the coach that the club will stubborn in keeping in place gets them nowhere. Ole-Gunnar Solskjaer, the technician, Old Trafford legend, attended the collapse with that haggard face and that lost look that is the patrimony of the members of his guild when they acquire the certainty that they have lost credibility among their men and dismissal is a matter of time. This Sunday before noon, United published the official statement that announced the separation: “Ole-Gunnar Solskjaer has left his position as manager. Michael Carrick [segundo entrenador] he will take charge of the team in the next matches until the club appoints an interim coach until the end of the season ”. 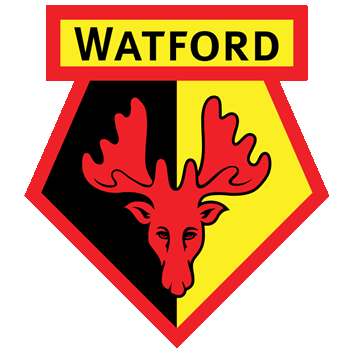 The unanimity in the pessimism was palpable at United, whose board of directors met in an emergency meeting this Sunday morning to resolve the way in which they would proceed to remove a man whose status as a historical figure deserves deferential treatment. After a long decline, Solskjaer’s era at Old Trafford comes to an end, leaving the team in seventh position in the table after 12 games played and two days after visiting Villarreal on the penultimate day of the Champions group stage.

At Joshua King’s goal, half an hour into the game on Vicarage Road, the local crowd chorus rushed to sing what all the media had been rumored for weeks in England. “Sacked in the morning!, ¡you’re getting sacked in the morning! ”, The fans sang. “They will fire you in the morning.” Solskjaer, the recipient of the verdict, observed the meadow without showing any faith. At dawn, the decision was made. The emergency council convened by Vice President Ed Woodward and Chief Executive Officer Richard Arnold, assisted by Sir Alex Ferguson, who serves as Honorary President, resolved the impeachment.

Twelve games, six defeats, one draw and five victories in the English championship is the creeping balance of a club that this season set out to jump to the next level and compete for the Premier. This is what is expected of the most popular and wealthiest institution in English football. The signing of Cristiano was called to complete the chain made up of Jadon Sancho, Cavani, Bruno Fernandes, Pogba and Varane in the backbone of a reinforced squad. Solskjaer enjoyed the backing of the owners. The Glazer brothers were grateful for the seemingly life-giving effect of the Norwegian’s arrival in 2018, as the club shook the ashes of the fire caused by Mourinho’s triennium. Then Solskjaer knew how to take advantage of the energetic impulse of a group of footballers fed up with suffering under the Portuguese regime. Between 2019 and 2020 there was a kind of vindictive reaction. An act of bravery in defense of contracts and the prestige of an institution that requires sacrifice. The United management confused the spiritual endeavor of the players with the result of Solskjaer’s work, who only limited himself to pacifying the institution but did little to provide the team with useful tools for improvement. Field work was impoverished. Since the end of last season, United has been showing signs of exhaustion. The team played, and plays, getting worse and worse.

City’s walk (0-2) in the last Manchester derby, on the previous day, covered the fans with bitterness. “We must react like an injured animal reacts,” Solskjaer replied when asked about the way out of the crisis, on the way to Vicarage Road.

See also  Covid Scotland: Lockdowns should be approved by Parliament, says Anas Sarwar, under support framework published under plans to live with viruses

The Norwegian’s speech, undoubtedly a good and fair man to his players, did not break the rhetorical mold. He was never heard of a football reflection, he rarely offered a creative idea. United was a reflection of their intellectual flatness, formed against Watford as almost always, with that double pivot that is a monument to rigidity, with Matic and McTominay overlapping in front of the centrals, unable to stagger to multiply the passing lines in the midfield, always blocked with the ball, hopeless and fatigued before moving a foot, to the horror of Bruno Fernandes, who was not in action due to lack of supplies. The constant presence of Cristiano in his half of the field, eager to receive the ball, warned about dysfunction. Unable to progress through passing, his teammates were equally inefficient at defending, inexorable cause and effect when it comes to large teams.

Faced with the flat proposal of the depressed Solskjaer, the fox Ranieri sent King, Dennis and Sarr, his three greyhounds, to press up. They were joined en masse by the others, led by the tenacious Cleverley, who was one day a young United promise and this Saturday afternoon he gave a show of bravery by the noble Sissoko. Between the two of them they squeezed their rival until he was derailed, without Solskjaer’s remedial decisions at half-time managing to change his grim destiny. The substitution of McTominay and Rashford for Van de Beek and Martial only served to remind the public that the starting lineup had been a mistake. Van de Beek’s 2-1 gave the losers hope and Maguire’s expulsion sank them again.

João Pedro and Dennis finished off an uncertain result after half an hour of racing from area to area. Watford abandon relegation positions and United are beaten, dragged by a crisis that forces their leaders to make sharp decisions after months of dissolution and paralysis. The dismissal of Solskjaer is subject to debate before the trip to La Cerámica to face Villarreal, next Tuesday.

“It has been shameful to see Manchester play as we play today,” lamented David de Gea, who this Saturday became the Spaniard with the most games played in the Premier with 351, one more than Cesc. “It’s easy to point to the coach,” he said. “But we players must do more. In the first half we were able to concede four goals. This is nightmare after nightmare. It never ends. We are trying to do our best but things are very bad. What we do is very poor. Very low level. I apologize to the fans. A club like this should be fighting for titles and, honestly, we are far from that. “

Liverpool wiped Arsenal off the map in the last game of the day on Saturday. Jürgen Klopp’s team beat a rejuvenated rival 4-0, more impetuous than last season but just as undefined. Not an ecstatic Ramsdale prevented the strafing. The English goalkeeper, who was signed from Sheffield this summer, made five colossal saves, almost all from point-blank range, goals down the throats of the Anfield crowd, which had it not been for his gloves would have celebrated an even more fantastic score.

Mané, Jota, Salah and Minamino capped off a tremendous performance by Liverpool, which was supported by Thiago’s ball out. Starting for the third time this season in the league, the Spanish midfielder put into action a splendid Mané, protagonist of the best plays of his team. Mané was the man who received the most fouls and the one who caused the most. His encounter with Tomiyasu unleashed a verbal fray between Mikel Arteta and Jürgen Klopp, the first because he claimed fault from the judge, the second because he complained about the claim. The game was going 0-0 at the time and Arteta was gesturing to guide his players as if they were chips on a board. Mané was about to blow him up.

The victory places Liverpool in second place in the table with 25 points, four behind Chelsea, who beat Leicester without difficulties (0-3). Arsenal fall to fifth place in the standings, below Manchester City (3) and West Ham (2).