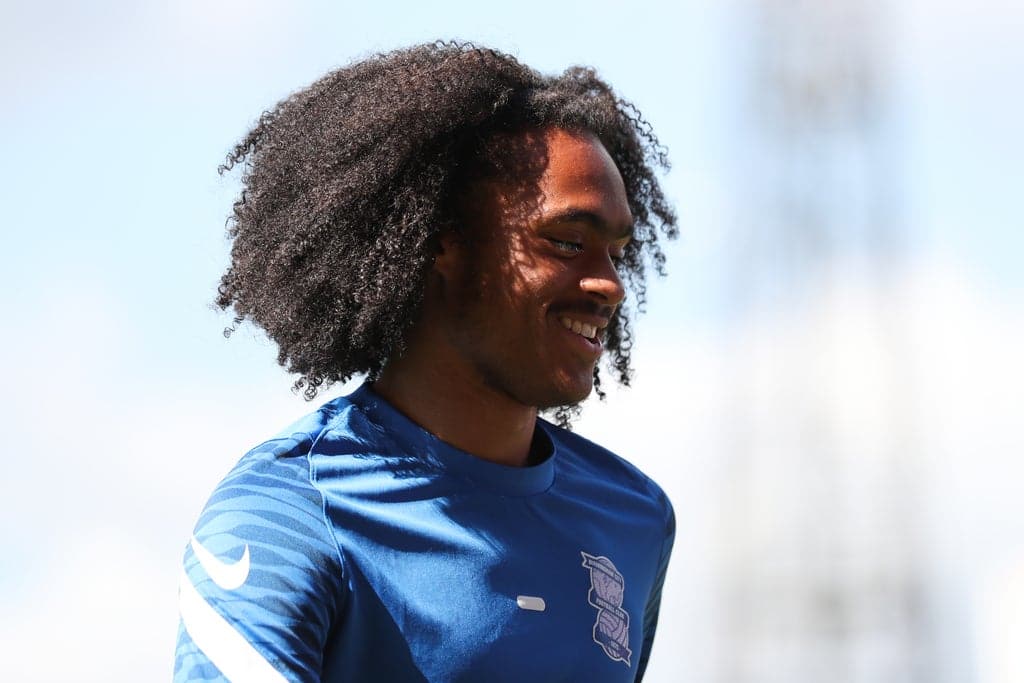 Tahith Chong is loving life at Birmingham having been given the confidence and trust he craved during previous loans away from Manchester United, where the fit-again forward will discuss his long-term future in the summer.

The 22-year-old swapped Feyenoord for the Old Trafford giants’ academy in 2016 and made 16 first-team appearances, before heading out in search of regular football to aid his development.

Loan moves to Werder Bremen and Club Brugge did not quite work out last season, but Chong has found the perfect temporary home this term under Lee Bowyer at Birmingham.

Chong established himself as a fan favorite and returned from a freak four-month injury lay-off with a bang on Saturday, scoring his first goal in English football on his first start since the issue in a 2-1 win at Bristol City.

“They’ve helped me in ways I can’t even describe,” Chong said of Birmingham, who host Hull in the Sky Bet Championship this weekend.

“The trust and confidence they’ve shown to me in every way, really, from me coming in.

“As a young player, sometimes that’s all you need, all you want, to have that confidence because then you can just go out there and play your game, really.

“Even when I came back from injury, and even during the time of the injury, staying in contact with them and trying to watch as many games as I can.

“What they’ve done is really amazing and the trust they’ve shown, I can’t thank them enough.”

Chong heaped praise on Birmingham boss Bowyer, whose “calm and collected” persona he appreciates flies in the face of the combative midfielder that struck fear into Premier League teams.

That approach, as well as support throughout the club, has helped the former Holland Under-21s international focus on improving his game, which has impressed City fans and opponents alike.

He smiles every time he hears “Chong will tear you apart again” and he joined an elite club in August having been applauded off the pitch by home fans when Birmingham won 5-0 at Luton.

“That was one crazy experience!” Chong told the PA news agency. “It was a bit strange because I remember we were up that game so I got taken off, like 15 minutes or something before the game ends.

“I’m hearing claps obviously from our fans first and then you’re kind of hearing it through more parts of the stadium. I’ve never heard that before. I appreciate that and I’m thankful.”

Chong has impressed at Championship level, becoming a more versatile attacking player while also bulking up a bit as gym work replaced training in a frustrating four-month absence.

“I just went to play a cross in during training and I just heard a pop,” he said of his thigh injury. “It was a strange one.

“It wasn’t painful or anything at that moment, but I felt something wasn’t right. Every time you hear a pop, you know it can’t be good.”

Chong overcame an anterior cruciate ligament injury as a teenager so knew the focus required after going under the knife in November and returning to United for rehab.

Ole Gunnar Solskjaer had left by that point but he was sure to message the manager who handed him his United debut and posed with him for pictures when he signed a deal until 2022 with the option of a further year.

It is understood to be a case of when rather than if that extension is triggered, with football director John Murtough recently saying Chong was among the loan players “we’re excited to bring back in pre-season to see how they fare”.

“I think that’s brilliant from their part as well,” Chong said when those comments were put to him.

“We’ve been in constant communication as well. I think we both agreed from both parties to just focus on the season.

“When I was back in United seeing them as well and speaking to them obviously, they just want to see me finish the season here and do well and just stay fit.

“And, you know, just see what really happens in the summer kind of thing.”