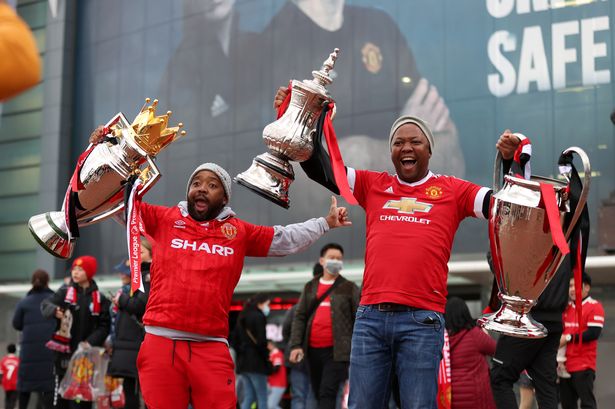 Manchester United are not in a good place right now and the fans are very well aware of it. Multiple issues are plaguing the team’s performances and a lack of clear direction moving forward is causing fans to worry about what the future may hold.

This has led many supporters to voice their concerns at both Old Trafford and on social media, with a clear message that things need to improve. Said concerns have been echoed in the latest Manchester United Supporters’ Trust (MUST) survey.

MUST carry out this survey every year, but in an underwhelming season that has seen Ole Gunnar Solskjaer sacked, the club crash out of every cup competition and potentially set to miss out on a place in the top four, it’s understandable that the fans’ confidence you plummeted.

The summary of their 2021/22 survey focused on areas such as the fans’ perception of the team. Only 26 per cent of fans surveyed said they were satisfied with United’s performance this season – a serious decrease from recent studies, though this is to be expected given the circumstances, especially since expectations were raised after the signing of Cristiano Ronaldo.

As you would expect, 78 per cent of fans admitted to being unhappy with the club’s ownership, with the Glazer family’s involvement in the European Super League debacle no doubt still fresh in fans’ minds. Last year, 36 per cent of fans claimed to be worried about the club’s direction moving forward, while they were also unconvinced that the investment being made in the squad would translate into on-field success. This figure has rocketed to 77 per cent in both cases, something the club is looking to address.

With the respective appointments of John Murtough and Darren Fletcher – with Ralf Rangnick set to take up a consultancy role once his interim tenure has ended – there are clear foundations being put in place for the future. The potential appointment of a new manager may also help United drag themselves out of the rut they’re currently in.

One of the biggest worries on United fans’ minds concerns the future of Old Trafford. 80 per cent of fans surveyed by MUST thought the stadium was in need of serious redevelopment. The survey was carried out before plans to redevelop the famous old ground were communicated, therefore, without that knowledge, many thought it was vital that the original stadium remained.

Only 10 per cent, however, were confident that this would be a priority for investment, despite the fact it was a key point of the Glazers’ plans in June’s fans’ forum. Work on Old Trafford ranked in the top three priorities for most of the survey’s participants, which means that the recent news about redevelopment possibilities and maybe even rebuilding will be reassuring.

MUST reiterated on all the points discussed that they would share their findings with United and hopefully it will inform the club’s decision-making moving forward. Whether that ends up being the case remains to be seen.