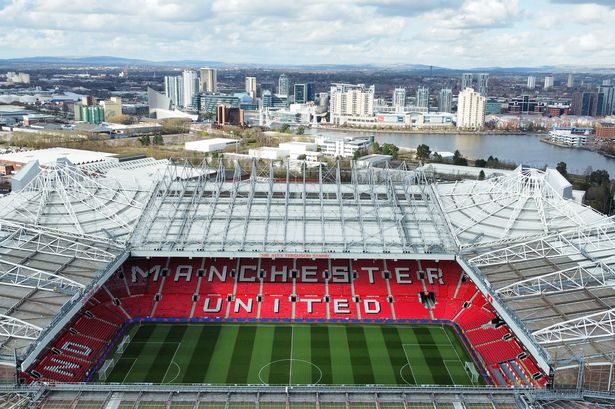 Manchester United Supporters’ Trust (MUST) have told club chiefs they expect an acceptable proposal over a planned fan share scheme to be forthcoming within weeks.

The trust members contacted on Tuesday to issue an update on the scheme, which was put forward by co-chairman Joel Glazer last summer as he vowed to improve communication with fans after the European Super League (ESL) debacle.

There had been initial hopes that the scheme would be introduced by the start of the season, but as the campaign now draws to a close MUST have told the club they want a resolution imminently, having been unhappy with what has been proposed so far.

READ MORE: United have had another reminder of their £50m transfer mistake

In reporting to members, MUST said they hadn’t received a proposal that is “sufficiently acceptable to us to allow it to go to the next stage.”

The update comes as MUST released their annual United Voice survey, which canvassed the opinions of almost 20,000 supporters.

In the e-mail to members, MUST said: “We’ve not sent an update on the fan share scheme for a while quite simply because there has been nothing new to add.

“As you know we’ve been in prolonged discussions with the club over a share scheme for some time, but the reason it’s all gone quiet is simply that the club has not yet made a proposal to us that is sufficiently acceptable to us to allow it to go to the next stage, which would be a members ballot.

“We could have come to you with a proposal months ago but we didn’t because we were not satisfied that it met the benchmark we had set.

“Negotiations on these matters can take some time, but we can’t allow them to drag on forever, particularly as in the meantime we continue to see our club decline on the field. We have now made clear to the club that we are looking for a resolution to this matter within the coming weeks.

“We will be back in contact with members on this – our number one priority as an organization – in the very near future. One thing is for sure – it is inconceivable that we do not have a definitive response by the time we reach the anniversary of the European Super League announcement [in late April].”

In the United Voice survey, 58% of respondents said they were very likely and a further 24% likely to invest if the scheme gets MUSTs endorsement.

In the report, they added: “Concerns were expressed by many around equal voting rights, the limited scale of the offer and the limited influence that it will give us. It’s clear a minority of supporters oppose any scheme on principle or because they believe it will have no impact on ownership.”

The survey also found that 80% of respondents supported a major redevelopment of the stadium within the Old Trafford site.

MUST added: “Respondents rank stadium development as one of its top three priorities for MUST to focus on in the next year.

“The renewed commitment at the December fans’ forum to the development and delivery of a masterplan for the modernization of the Old Trafford site is welcomed but needs to be genuinely visionary, with committed timescales and full investment support.

“We are engaging with the club as a priority action to ensure that the masterplan is developed and progressed as a priority to its full potential. We want match-going supporters, in particular, to have an informed direct say in the decision process and subsequent design and delivery of options in the new masterplan.”

MUST will also share findings included in the survey over the ESL with the club, with more than half of those canvassed fearing that the concept could be resurrected and only 21% confident that it is now dead in the water.

The survey also sought views on perceptions of the club and how it is being run.

MUST said: “Satisfaction with how the club is being run remains very low with 78% dissatisfied. The ESL debacle has reversed the slow improvement (from a very low base) in 2019.

“Correspondingly, confidence that the club has a clear strategy to return to the top has failed significantly. 77% lack confidence compared with 36% last season.

“The increased and improved investment in the squad (51% satisfied) has been acknowledged, but this does not yet translate into confidence in continuing investment squad to compete at the highest level – 77% lack confidence, compared with 36% last season.”