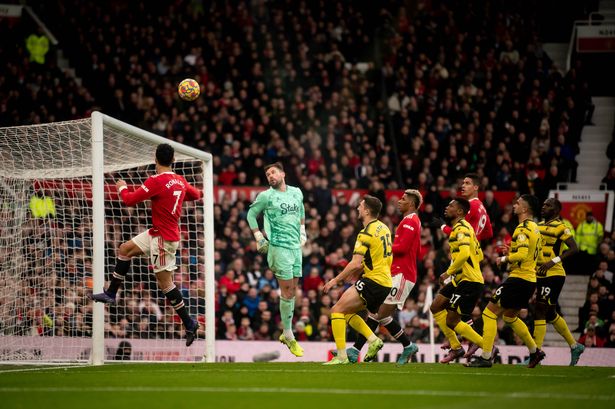 The bar was set rather high when Manchester United boasted about the appointment of a ‘set-piece’ specialist last summer. So much so that then-manager Ole Gunnar Solskjaer even addressed his arrival in a public interview, further amplifying the expectations placed on his shoulders.

“He’s a very highly rated coach who is going to be working with individuals and in charge of set-plays as well,” the Norwegian stated of the ‘innovative’ appointment, with Eric Ramsay tasked to ‘work one-on-one with individual players and also take ownership over training on the side’s set-plays.’ For many, the gut reaction was to suddenly think United would start playing like a Sam Allardyce or Tony Pulis side from attacking set-piece scenarios, with an emphasis on physical presence in the box and well-crafted routines.

Yet, with greater expectation comes greater height from which to fall. There is no denying the irony that after hiring a specialist, it took United 140 corners in the Premier League until they finally put one into the back of the net.

ALSO READ: How much it cost United to sack Ole Gunnar Solskjaer

Harry Maguire’s headed goal from a Luke Shaw delivery at Elland Road was a long time in the making, but oddly enough, United had already scored from the exact same set-piece during pre-season.

It was in the final friendly match, at home to Everton, that Shaw swung a corner out towards the captain, who thumped a header beyond Jordan Pickford to double United’s lead.

Solskjaer’s side actually scored three times from set-pieces that day, with Bruno Fernandes also netting directly from a free-kick and Diogo Dalot scoring an improvised header after a short corner routine.

Since then, United’s struggles with set-pieces have been well documented. They have mustered 50 efforts at goal from corners this season but have only managed to score once. Maguire has himself mustered 18 attempts at goal in just 22 appearances, with 12 of those being headers from inside the box.

United have scored five times in all from dead ball opportunities that would (and should) typically return 11.13 goals this season. However, it is not all doom and gloom.

“People only give the one narrative about scoring from set-pieces,” Darren Fletcher stated in protest of Ramsay this week. “The biggest reason Eric was brought in was because we were granting too many goals from set-pieces.

“We have really improved our defending from set-pieces and wide free-kicks this season. Eric is a fantastic coach.”

Last season, United had the second-worst defensive record from set pieces in the Premier League, having conceded 15 goals across the campaign. So far this season, they have conceded just five times — the sixth-best record of any top-flight side.

From the set pieces faced, United would have been expected to have granted 10.97 goals. It is in part a credit to Ramsay that they have conceded almost six goals fewer than the projection.

Criticism of United’s lack of threat from set pieces is totally justified, but in order to fairly evaluate the impact of their ‘specialist’ appointment, it is important to look at the defensive side of things too.

Instead of taking offence, Ramsay has every right to point towards his defence.