Manchester United are going to need at least one new striker in the summer.

Edinson Cavani is set to leave on a free transfer when his contract expires, Anthony Martial could move onto pastures new after spending half the season out on loan with Sevilla and Cristiano Ronaldo’s future at Old Trafford could depend on whether the team qualify for the Champions League this season.

MEN Sport understands that Ralf Rangnick has reservations over Ronaldo and does not believe he should be leading the line for the team next season and, to that end, United will be in the market for a younger profile of striker that fits with a shortlist being drawn up of potential targets.

But given the potential of three strikers leaving, alongside the inauspicious form of Marcus Rashford, it leaves United with a limited number of options up front and even if they do sign a new starting striker, depth beyond the first XI would remain a serious issue.

With United needing to strengthen in a number of areas such as right-back and central midfield, the potential outlay for this transfer window would be sizeable, so a cost-effective option might be needed to solve the squad depth problem in attack for Rangnick’s probable successor.

So why not bring back one of Sir Alex Ferguson’s favorites to fill the role, Danny Welbeck? 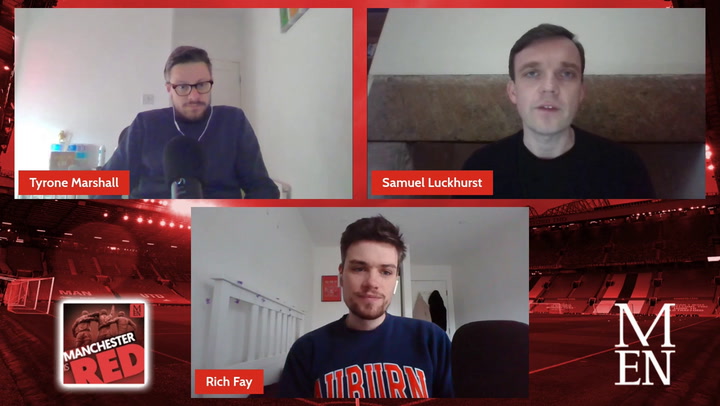 Now hear me out here. This may not be the marquee signing many United fans were hoping I’d suggest but given the current state of the squad, bringing back someone who is already well-liked by the fans to act as an emergency option wouldn’t be the most outlandish idea.

See also  Aldi is now selling Squishmallows, plus where else to buy the cuddly toys in the UK

And for those doubting the likelihood of this, it’s worth considering the fact United signed Odion Ighalo for this very purpose and given that the team’s Champions League hopes to look anything but secure given the form and games in hand of Arsenal and Tottenham, a player that can fill in for the dreaded prospect of Europa League games while the first-choice player is being rested will be a necessity.

I know some of us still haven’t forgiven him for trying to chip Manuel Neuer in the 2013/14 Champions League quarter-final first leg but what he does offer is an understanding of what it’means to be a United player‘ which many fans have been calling out for, given that he was brought through the academy by Ferguson.

At United, he always gave 100% and provided much-needed energy when the team looked lethargic and this would, in theory at least, set a good example for the young players who are looking to break through from the academy, such as Charlie McNeill and Joe Hugill.

There’s also the classic Harry Kane dilemma to consider in all of this. If United go out and sign a recognized clear No.1 name to lead their line, how can they offer assurances to a second striker over their minutes? Spurs have suffered from not finding a way to rotate Kane because of his superior status over most players in world football and United would need a back-up option accepting of being exactly that. Or someone with the versatility to play across multiple positions if not.

It might not seem like the most realistic option given his age and checkered injury record but given his contract expires in the summer it would present a low-risk option for United to consider and even if he doesn’t offer double figures for goals, he would provide a safe enough option to rely on off the bench.

Who would you want as Manchester United’s backup striker? Follow our United On My Mind writer Casey Evans on Twitter and get involved in the discussion in the comments section below.