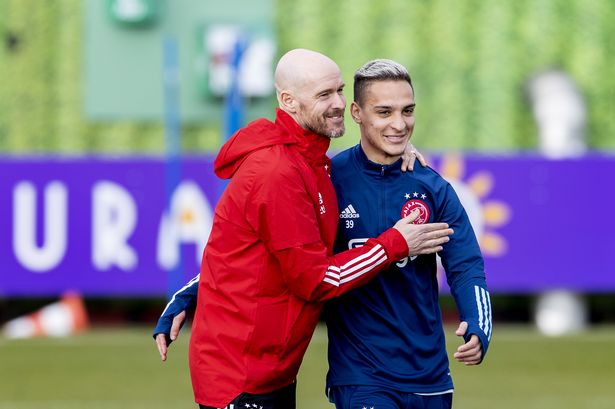 Manchester United sources were quick to reiterate that they remain open-minded in their search for a new manager and will not be rushing into a decision despite a desire to have the appointment confirmed before the end of the season.

For a club whose players rely on ‘fan sentiment graphs’ to dictate their online presence, it is also crucial that United aren’t swayed by winning over social media supporters and using popularity as a key factor in their decision.

as things stand, Erik ten Hag seems the overwhelming favorite on social media and would seem to be appointed manager next week if Twitter users were given a vote each. The very fact that suggesting anyone else for the job or questioning the credentials of the Dutchman leads to personal abuse tells you all you need to know about the perils of online opinions, which don’t necessarily reflect those of match-going supporters.

With that in mind, it is time to put on the tinfoil hat and brace for impact. Ten Hag certainly plays an attractive style of football and has enjoyed some great success in the Champions League, but his appointment of him would come with a sizeable risk.

Of course, there is no guaranteed formula of success when appointing a manager – see Manchester United 2013-present – but the fact that Ten Hag remains such an unknown is certainly a warning sign, though not necessarily a complete turn-off.

It is not necessarily down to the fact that the 52-year-old has never managed a senior side outside of The Netherlands, or that he is enjoying success with an Ajax side who are expected to be winning domestic honors every year, but more so on his global reputation ahead of a pivotal transfer window.

See also  MOVIE REVIEW: We check in for supernatural scares with 'The Night House'

United have a massive squad rebuild on their hands at the end of the season, which will only be amplified by the fact Paul Pogba, Jesse Lingard and Edinson Cavani will all depart for free, and will need to attract worthy replacements without necessarily having Champions League football to offer.

It was a similar situation back in 2016 when United had to shell out a world-record £89m fee to lure Pogba to the club in the first place, paying a premium in order to compensate for the lack of Champions League football.

Such a deal would not have been possible without Jose Mourinho’s influence either, and despite failing to match expectations at United, he did at least arrive with the star factor required at a time when the club needed a lift.

Ten Hag’s situation would probably be most comparable to that of Ole Gunnar Solskjaer’s first summer in 2019, when United were once again preparing for a season without any Champions League football.

Without an elite manager at the helm, they were no longer looking to prize players away from top European sides, instead spending £145million on Harry Maguire from Leicester, Aaron Wan-Bissaka of Crystal Palace and Swansea forward Daniel James.

Three years on, James has already been sold, Wan-Bissaka has been displaced at right-back and there are calls for Maguire to be stripped of the captain’s armband.

Recruiting the right players this summer will be a colossal challenge for whoever becomes the next United manager, especially without the lure of Champions League football. Throw into the mix the fact that United have been turbulent for the best part of a decade and they haven’t won a trophy since 2017, and it is certainly a hard sell despite their self-promotion as the biggest club in the world.

The successful candidate will somehow need to overcome all of those obstacles and still manage to sign top-class talents who are joining for the right reasons and not for an easy pay-day.

Putting that responsibility on Ten Hag is certainly a risk, but it might be a gamble they have to take.