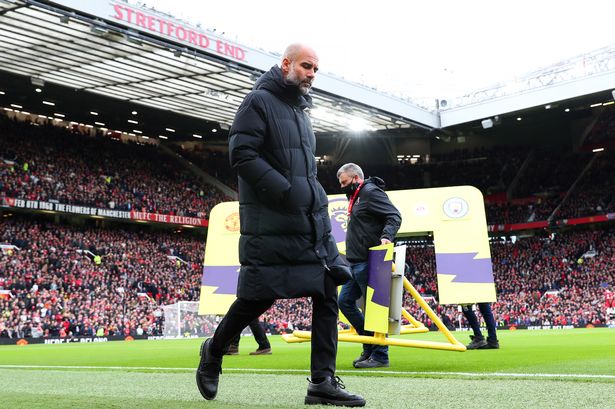 When Manchester City announced the appointment of Pep Guardiola, it came in the form of a note passed to reporters at the end of a Manuel Pellegrini press conference in February 2016.

City and Pellegrini decided not to extend his contract, and they moved swiftly to appoint Guardiola, even if it meant potentially undermining Pellegrini’s final four months in charge. In one statement, effectively, Pellegrini went from manager to caretaker as all eyes turned to Guardiola’s arrival in England.

It was a more structured handover than we’re seeing at Manchester United now, who appointed Ralf Rangnick until the end of the season to give them time to find the right man. Even with news that Erik ten Hag has been interviewed about the vacant job, it seems United still don’t know who that right man is.

ALSO READ:Man City vs Liverpool fiasco should be watershed moment for how FA treat fans

City and Guardiola will have to face up to the idea that their stunning partnership won’t last forever. Guardiola said recently he plans to take a break for a year or two when he leaves City – currently scheduled to be in summer 2023. The boss remains tight-lipped on whether he could extend that contract, saying it’s a decision entirely up to the club , and one that won’t be made before the end of the season.

Both parties have built up enough trust and respect in each other to have honest conversations when the time for contract talks arrive, and it would be a surprise if a decision isn’t made with enough time for a proper succession plan to be implemented. City will view their next manager appointment as an opportunity to progress and continue the path they have set since 2008.

Their next manager will surely be able to implement the attractive, passing football that Guardiola developed from Pellegrini (and Pellegrini brought on from Roberto Mancini). Over at United, there doesn’t appear to be an idea of ​​the type of manager they want, apart from them being available and capable of playing the fabled ‘United Way’.

If it’s Ten Hag, his record at Ajax is impressive, but he fell at the Champions League last-16 stage against Benfica so won’t concern United’s Premier League rivals too much. If it’s Mauricio Pochettino, it may be more eyecatching – although his Champions League failures with Paris Saint-Germain over the last two years would be concerning.

There has been talk of Thomas Tuchel, too, if Chelsea’s restrictions continue into next season, while Antonio Conte and Luis Enrique are all under 20/1 to become the next United manager. One thing stands out about the list of possible new United managers – that they all have completely different styles and approaches.

They are also all different to Rangnick’s supposed pressing-based approach, and Ole Gunnar Solskjaer’s more adventurous style. There’s no long-term plan at United, and Guardiola alluded to that last week.

“If we lose this is the way, this is the difference, this club has to carry on moving,” he said. “We can finish the season winning titles or nothing but we carry on doing it this way. Every game we are there and that’s this club, not the other ones.”

Players are built to fit the club’s style, not the manager’s or to sell shirts (or even stop a rival signing them). The same approach will happen with a manager search.

When Guardiola does decide to leave, or City decides his time is up, don’t expect interim managers or various different interviews like United seem to be doing. Expect a recruitment process that mirrors how the club have been working for years now – clear in its objectives, meticulous, and with a well-established long-term strategy in mind. That’s a complete contrast to United’s approach.