People from all over the world look to Manchester for footballing greatness.

10 of the last 15 seasons have seen the Premier League title return to our city. When you go abroad, after telling someone you’re from Manchester, the first question is always ‘United or City?’ Without fail.

With the regular Reds and Blues in the Champions League, every two weeks our fans, our teams and our city name are represented across Europe, and fans of other teams from around the world are welcomed to Manchester in return, while hundreds Millions watch our stadiums on television every week. We have the National Football Museum, the largest club stadium in the country, and no city in England can rival us for football heritage.

Importantly, that also includes the core of our Football League clubs, with five proud EFL clubs in Greater Manchester, as well as Bury and a further eight clubs in the top three non-league tiers, including Stockport and Altrincham from the National League and a host of others, including FC United of Manchester.

However, of those 13 others, at least five have had major ownership issues in the last decade, bringing them to the brink of existence, with Bury infamously losing its EFL status due to mismanagement.

For all the good that United and City are doing, football in Manchester is under serious threat.

Not too long ago, Bolton and Wigan were regulars in the Premier League. Now both have faced liquidation and are trying to rebuild two divisions down. Bolton’s recent acquisition was the subject of a highly criticized countdown on Sky Sports, as the deadline for its sale was reduced to the last few minutes and seconds. When the same clock ticked down to zero, it confirmed that Bury had not survived the EFL cut-off to save his membership and the club was indeed killed in one instance. They haven’t played a game since.

2013 FA Cup winners Wigan were in administration last season and relegated to League One as a result. They nearly followed the fate of Bury, as did Derby County this year, but were ultimately saved. In the last minute.

Oldham Athletic are marooned at the bottom of League Two, and only a miracle saved them from becoming the first ex-Premier League club to drop out of the league. Since controversial owner Abdallah Lemsagam bought the club four years ago this week, they have been relegated from League One to the foot of the EFL and have been embroiled in a series of scandals and off-field problems that look set to end. . to its 127 years of EFL membership.

Later at Rochdale, a hostile takeover attempt was averted in the summer, but the same company has now taken legal action against the club, who must unite again to fight the threat. In the south of Manchester, Stockport slipped down to the sixth tier at the nadir of their ownership woes, but they are making a comeback and will hopefully gain promotion to the EFL this season after an 11-year absence that jeopardized his existence. to the test

Further afield, Macclesfield is another club that went out of business and had to reform, several levels below the Football League. Is it a coincidence that so many clubs in or near Manchester are constantly struggling to simply continue to exist?

A common factor with these case studies is that most ownership problems stem from trustees spending beyond their means or undertaking to run clubs without the financial means to do so. Stadiums are separated from clubs, multiple companies become involved and as financial issues dominate, fortunes on the pitch always suffer and it is the fans who pay the price.

For one thing, having United and City on the road doesn’t help. The two giants shouldn’t be criticized for spending what they generate, and if there’s a chance to see Cristiano Ronaldo or Kevin De Bruyne… or the worst club in League Two battling relegation every season, there’s no contest. It is also a fact that today United and City no longer need their local EFL clubs, when they have networks of more suitable partner clubs around the world.

As the Premier League continues to spend billions on players and business deals each year, the gap between them and the rest of the football pyramid is growing. Recent European Super League and Project Big Picture plans would further alienate clubs like United and City from the EFL, and that gives owners two options: remain sustainable but resigned to life in the lower tiers, or gamble and spend. a lot to win the promotion. , hoping that the potential success will pay off later. Most of the time, it doesn’t.

Again, it’s the fans who suffer when it inevitably doesn’t work out.

On Saturday, as the billion-pound industry that is the Premier League takes a week off, at least 60 fans will make the five-mile trek from Rochdale’s Spotland Stadium to Oldham’s Boundary Park for a match. crucial of League Two for both sides. Dale needs the points to move away from the bottom two, Oldham needs a miracle to get that seven-point gap back to safety.

The walk, with fans from both sides taking part, is an annual tradition for Dale fans, but this year it will be held under the banner “Fans Together,” as Dale Trust chairman Colin told MEN Sport. Cavanagh.

He said: “We’ve had a connection between Oldham supporter groups and we have a lot of sympathy for what Oldham fans are going through.

“There’s a bit of solidarity online, they’ve seen what we’ve been going through and vice versa, so we decided to join forces under the title ‘Fans Together’ and bring awareness to the issues both teams are going through.

“I don’t think the decline of the league clubs is particularly unique to Greater Manchester. It’s easy to point the finger at City and United, but I don’t see it as a problem at all. These clubs have spent more money than them.” . I have and it all boils down to that.

“Football should be such an easy game to manage, you know how much money is coming into your club in the next 12 months and you make sure you don’t spend more than that. At Rochdale we are grounded, we are ambitious.” But don’t get delusions of grandeur. If we start spending half a million to a million pounds that we don’t have, there will be no one in the future willing to pay that for us. If we’re a million pounds in debt, I’ll never pay it back.”

While Rochdale are hopeful this latest legal action will be averted and allow the club to move forward as a fan-owned business, the long-term prospects for other local rivals are not so rosy.

Oldham is up for sale, with owner Lemsagam finally admitting it’s in the club’s best interest for him to sell, but he doesn’t own Boundary Park, and is likely to sell a non-league club in the near future. Simply finding a new owner will not immediately solve the club’s many problems.

Bury and Stockport fans know how Oldham supporters will feel, with the proud EFL clubs being destroyed by unsuitable owners. Bolton and Wigan fans will also attest that it often gets worse before it gets better.

So what can be done?

For starters, supporter groups across the country are calling for the government’s recent Fanatic-Led Review to be implemented, the main recommendations of which are more stringent tests to screen potential owners to take over these historic institutions.

Another solution could be to listen to United legend Gary Neville, who co-owns a local success story in Salford City with billionaire Peter Lim. Yes, Salford have spent a lot of money getting promoted to the EFL and a lot of money trying to get out of League Two, but Neville and his co-owners have also invested in the club and the surrounding community, and they look financially stable.

Neville has been outspoken about making the testing of prospective owners more rigorous in light of several clubs entering or flirting with management, recently calling for club stadiums to be treated similarly to stadiums. listed buildings, preventing them from being separated from their clubs. He has advocated for football clubs to be regulated differently from normal businesses, given their values ​​for communities, and has denounced schemes such as the Super League and Big Picture, as well as the involvement of clubs such as United and City, in no uncertain terms. .

While Neville does not represent the views of all fans, he is one of the highest profile names calling for structural and procedural changes to the way football is conducted to save clubs like Derby and Bolton and Wigan and Stockport. and Oldham and Rochdale. , and to prevent another Bury from happening.

If Stockport’s disappearance for a decade wasn’t a wake-up call ten years ago, Bury’s instant dismissal in 2019 certainly should have been. Bolton’s and Wigan’s near misses seemed to shrug it off, so perhaps Derby’s current concerns are the big name needed for a wow factor that puts football authorities into action to safeguard the future of the game outside of the game. PremierLeague.

When Oldham and Rochdale fans arrive at Boundary Park on Saturday, they’ll know they’re both playing for a lot more than three points – their current ownership woes should be a reminder of the problems facing Manchester’s local clubs.

Greater Manchester leads the world in its football heritage, from the top of the pyramid to grassroots football and every stage in between. With United and City clocking in hundreds of millions of pounds a year in revenue, it is perhaps no coincidence that smaller community clubs are slowly dying.

They need help and they need a change. 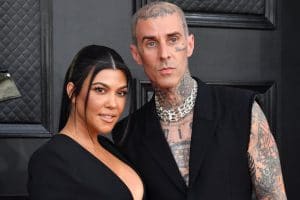