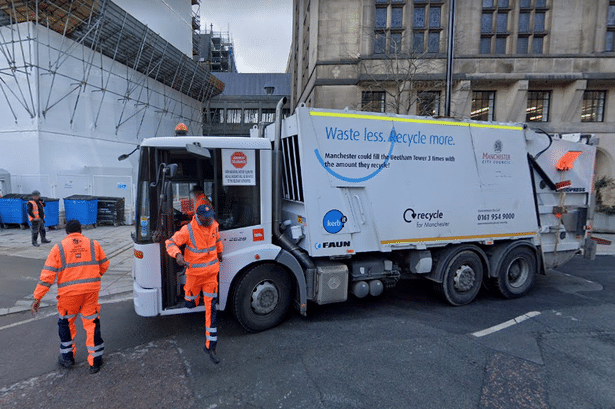 Manchester residents could be in store for bin collection chaos this spring as staff are set to vote on whether to strike over an ‘insulting’ pay offer of 1.75 pc. Around 200 workers employed by outsourced refuse collection company Biffa will vote in the ballot which begins on Tuesday, March 29 and ends on April 12.

Strikes could take place as soon as the end of April if union members – who make up more than half of the workforce – vote in favor of industrial action. Unions say the company is refusing to increase pay for the majority of its staff above the 1.75 pc that local government workers received for 2021, leaving many of its workers with an hourly wage 64p above the minimum wage.

The ‘highly profitable’ company has committed to continuing talks with trade unions, but Unite general secretary Sharon Graham says Biffa has to ‘get real’. She said: “It can easily afford to offer our members a decent pay rise but instead is proposing an insulting pay cut.

“Biffa must think again and put hard-pressed workers before boardroom greed. Our members at Biffa will be receiving Unite’s full support until this dispute is resolved and a fair offer is made to the workers.”

Biffa is proposing to pay loaders and environmental operatives £10.14 an hour, according to the unions which say, the proposed pay of £13 an hour for drivers, who are required to hold HGV licences, is far below standard commercial rates. It comes after Biffa’s profits bounced back due to its commercial waste operation being heavily affected by the pandemic and related lockdowns.

“Yet they have decided to pay their final offer to our members because they think it is morally right to do so. Our members want more than moral recognition for working through wind, rain, hail and Covid.

“This is the worst cost of living crisis for 30 years and all workers – not just HGV drivers – deserve more than a real terms pay cut. It’s not too late to avoid mass disruption for the people of Manchester.

“We are happy to return to the table and look forward to receiving an improved offer to put to our members.”

The dispute comes after councilors in Manchester were told that extending the council’s contract with the company – which has come under criticism for not keeping the city’s streets clean – would be the most cost effective option. The environment and climate change scrutiny committee called for more regular reporting to ensure the company would stick to its commitments.

Commenting on the pay dispute, Labor councillor Tracey Rawlins, who is the executive member for environment at Manchester council, said: “The pandemic has highlighted especially the vital role that bin collection and street cleansing staff play, and as a council we are all too aware of the increasingly difficult financial situation workers across the country are currently facing.But we are also aware of the duty we have to provide services to our residents and will be monitoring negotiations between these two parties, and putting plans in place to avoid any potential disruption.”

A Biffa spokesperson said: “We will be continuing discussions with the trade unions and are committed to reaching a solution as quickly as possible.”