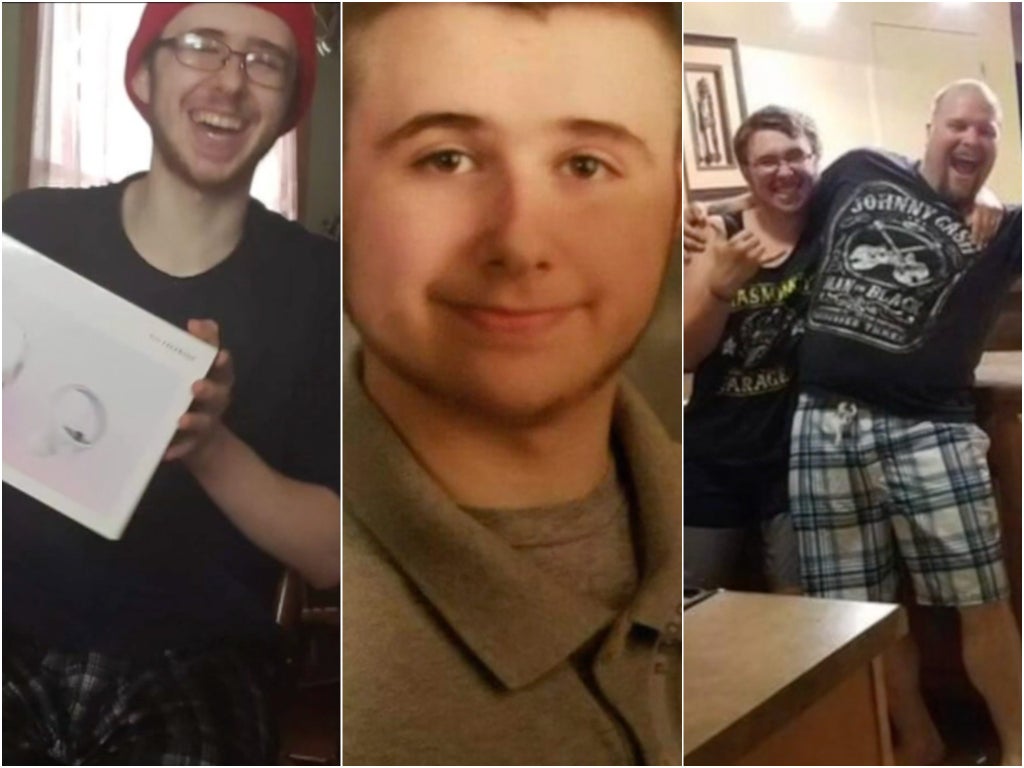 A 24-year-old man who lost both of his parents in a 2016 murder-suicide has been found dead in the Ohio snow after leaving a bar late at night.

Luke Bice from Hudson was discovered facedown in the snow on 29 January behind an empty house in Sharon Township, south of Cleveland in northeast Ohio.

He had walked around two and a half miles from the bar Thirsty Cowboys. He was last seen there when the bar closed at around 2am, according to the Akron BeaconJournal.

“He wasn’t dressed for the weather, he didn’t have a coat on. He had a flannel shirt,” Captain Ross said.

The Medina County Coroner’s Office has said the cause of death hasn’t yet been officially determined.

“He wasn’t a drinker at all, really,” Mr Bice said. “My father was an alcoholic, so we don’t drink. That whole kind of thing scares us.”

Their father, Stephen Bice, 53, left the family after a time of domestic issues. He called on Luke and two of his brothers from him to meet at the Fun ‘n’ Stuff entertainment center in Macedonia, between Cleveland and Akron, on 21 March 2016.

Luke was 18 years old at the time, and he went to the center with his 16-year-old and 13-year-old brothers. They told authorities that they left for the center at around 11.35am and waited there but that their father never got there. He had instead gone to their home from him, where he killed their mother Kristi, then proceeded to shoot himself.

According to police, the father had made his way into the home in Ravenna by force before shooting his wife. Before shooting himself, he also targeted the family’s Great Dane, which survived.

The bodies were first discovered by Luke. His half brother of him told the Akron Beacon Journal that Luke had been working at Amazon for 18 months when a relationship with a colleague deteriorated.

“He was dating a girl that he worked with and she decided to talk around about their situation or whatever it was, so he was beside himself,” Mr Bice said. “He said, ‘What do I do?’”

“I said, ‘Well, you just go to work every day and do what you’re supposed to do and if your buddies will let you, go out with them and check the temperature of the waters like most people do and see where you stand with your peers’,” he said.

“That’s what I imagine he was doing because he doesn’t go out drinking or anything like that. That was the first time that he’s ever hung out with the people that he was with,” he added.

Mr Bice said he recreated the walk from the bar to put himself in his brother’s shoes. Luke appeared to have walked for 45 minutes on the side of the road.

“He was at the bar, a couple of friends offered to give him a ride to Akron,” Captain Ross said, according to the local paper. “He said no, that he was going to get an Uber … obviously he didn’t get an Uber and he started walking.”

A GoFundMe fundraiser set up by the family for the funeral was close to reaching its $15,000 goal as of Thursday afternoon.

“Your body is just trying to do whatever it can to make you live. When they found him, he was frostbit all the way from his knees to his ankles from being on the ground and his fingernails were ripped off and he was scratched up from being in the briar bushes. His knuckles and his hands were destroyed from digging with his fingers, ”Mr Bice said.

Mr Bice said that he was informed by the police that the people his half brother was with that night are not legally responsible for Luke’s death.

Luke had been within half a mile of a Sheetz gas station.

“There’s no obligation for you to ensure for everybody’s safety at a bar in the state of Ohio … I’m struggling with what accountability there is,” Mr Bice said. “Why didn’t he call me? Why didn’t he go to Sheetz?”