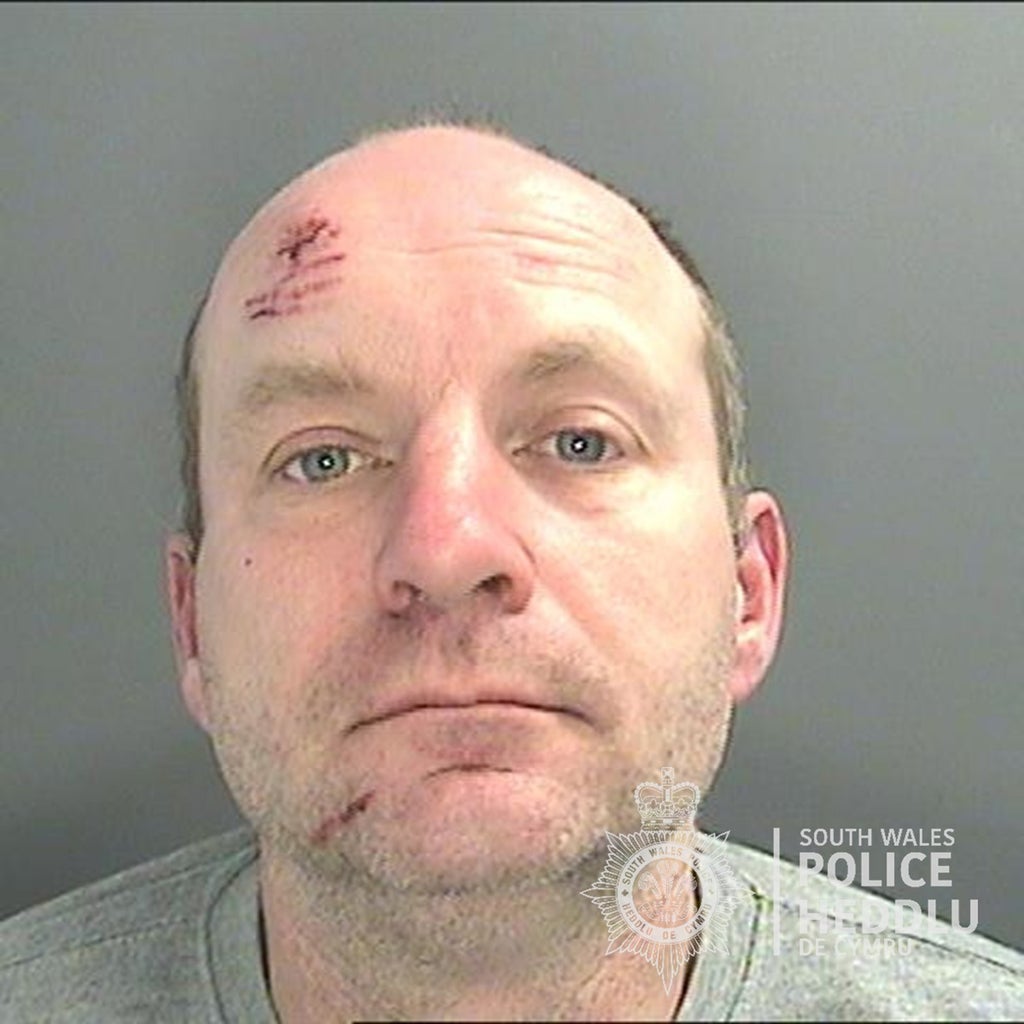 A man who knifed his Lottery-winning partner seven times in the face when she tried to end their relationship has had his prison sentence increased to more than 20 years.

Stephen Gibbs, 45, was jailed for 13 years with an extended license period of five years after he attacked Emma Brown, his girlfriend of 12 years, at the home they shared in Lakeside, Barry Wales on January 30 last year.

Gibbs had become increasingly paranoid and controlling of his “outgoing” partner, and after the attack it was discovered he had fitted a tracking device to his car.

At a Court of Appeal hearing in Cardiff Crown Court on Thursday, Attorney General Suella Braverman QC claimed the original sentence had been “unduly lenient” due to the judge wrongly categorizing the harm caused by the offence.

Ms Braverman said the offense had fallen into a higher category of harm due to the “serious physical and psychological” harm caused to the victim.

She said: “The offender stabbed the victim seven times in the face and broke her shoulder. He used an 8-9in kitchen knife, and even he believed he may have killed the victim afterward.

“The judge should have reasonably concluded the harm was serious.”

The couple’s relationship had deteriorated after she won a multimillion-pound sum on the National Lottery in 2017, the court heard.

In a victim impact statement written to the court at the time of the sentencing, Ms Brown said the money had “tipped the balance” of their relationship.

Gibbs became increasingly paranoid that she was having an affair with a male school friend and when he confronted her that day, she told him she wanted to end their relationship.

See also  Boots weight loss jab: How it works and is its safe as NHS approve

In response, he assaulted her and broke her shoulder. He then paused the attack to leave the room to get the kitchen knife from her, after which he returned and stabbed her a number of times.

Ms Braverman said the sentence needed to take account of the aggravating factors in the case, including Gibbs being drunk, the fact he paused the attack to go and arm himself with a knife, that he walked past Ms Brown’s body and drove away without calling an ambulance, and that he has a previous conviction for a similar offence.

In 2005, Gibbs was sentenced to six years in prison and four years on license for stabbing his former partner’s 11-year-old son six times with an 8in kitchen knife.

After leaving Gibbs, the woman had driven her son to his property so he could pick up some belongings and waited outside in the car.

Gibbs knifed the child in his home, then went outside, smashed his ex-partner’s car window and stabbed the woman in the thigh. Gibbs then attempted to take his own life from him.

Derrick Gooden, representing Gibbs at the appeal hearing, emphasized the experience of the judge who imposed the current sentence and asked the Court of Appeal not to interfere in this case.

Lady Justice Nicola Davies, who presided over the hearing with Mrs Justice Jefford and Mrs Justice Thornton concluded the sentence was unduly lenient.

Justice Davies said: “This was a sustained and terrifying attack upon a defenceless victim in her own home.

“The offender commenced the attack and having inflicted some injury, paused the attack to go to the kitchen and pick up a kitchen knife, return to the victim where she was lying on the ground and thereafter stabbed her seven times.

“This victim was stabbed seven times in the face while the offender was sat on her chest in close proximity to her head. She suffered a number of facial fractures and one of the stab wounds was close to her ella eye, the result of which left her with blurred vision, her ella eye-lid now droops, and she has numbness across her face.

“It’s clear from her victim statement that however resilient and strong the victim is, she has suffered long-term emotional and physical consequences.

“The court accepts the sentence passed by the judge was unduly lenient.”

Gibbs has now been sentenced to 20 years and seven months in prison with an extended license period of five years. He will have to serve two-thirds of the custodial sentence before being considered for parole.

Speaking after the hearing, Ms Braverman said: “I presented this case before the Court of Appeal today because I believed it to be unduly lenient and that the sentence needed to reflect the seriousness of what the offender had intended, namely to kill.

“I am glad that the Court of Appeal agreed and saw fit to increase this sentence.”