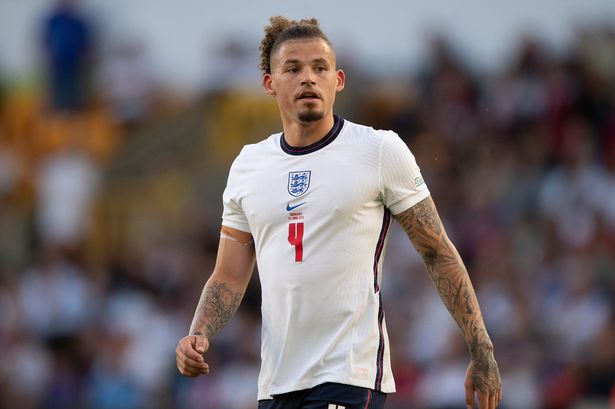 In terms of the development of the Manchester City squad, the deal to sign Kalvin Phillips is a one-in, one-out kind of transfer, with the England international essentially taking the place of Fernandinho.

The deal to sign Erling Haaland is fixing a (relative) problem position for City, but Pep Guardiola is happy with the size and depth of his squad and the club’s transfer business these days is generally replacing or refreshing, rather than any major cosmetic surgery.

Fernandinho’s decision to leave the club at the end of last season left a place in midfield and while 18-year-old Romeo Lavia is highly thought of, City felt they needed a more experienced player to replace the iconic club captain.

The Brazilian, who turned 37 in May, has started only 22 Premier League games in the previous two seasons, but he’s still played a vital role at times, either from the start or off the bench. Without him, the workload for Rodri increases and that meant finding another player capable of filling in that holding role was always going to be a priority this summer.

Phillips fits the bill, but the Leeds United midfielder is more of an all-rounder than the man he’s replacing. Fernandinho was a classic defensive midfielder, positionally perfect and with the game intelligence to repel counterattacks and spot danger when he was at his best.

His replacement brings energy to that position, having been converted into a deeper role under Marcelo Bielsa at Leeds, an education that will serve him well under Guardiola at the Etihad. He’s operated in a double pivot for England as well, alongside Declan Rice.

But Phillips can also push further forward and he will give City plenty of options next season. When Rodri needs a rest it would be Phillips at the top of the bill to stand in, but he could also play alongside the Spaniard at times.

Rodri and Fernandinho were generally too similar to play together, but Phillips could slot in as a double pivot while also driving further forward, or even play as a No. 8 as well. It gives Guardiola more options in midfield, despite the squad size remaining the same. Phillips’ versatility will be an asset, both in terms of selection and in-game management, especially in a season when five substitutes will be permitted in the Premier League.

City will again be hoping for a 60-game season but that will take its toll in 2022/23, with the winter World Cup in Qatar a complete unknown in how it will affect players who go deep into the tournament. It is inevitable it will have some impact in the second half of the season.

Having more options in a squad and off the bench will be essential to keep a team in contention for multiple trophies deep into April and May. Phillips will help City with that.

The presence of Haaland will mean Kevin De Bruyne being used less as a false nine and more as a playmaker, but with City able to switch from 4-3-3 to 4-2-3-1 more easily with Phillips in the side, it could still keep opponents guessing. It will also allow De Bruyne and Bernardo Silva to be given a rest every now and again, with Phillips and Ilkay Gundogan capable of slotting in.

See also  Silver casket linked to downfall of Mary Queen of Scots secured for the nation in £1.8m deal

Midfield is always a key battleground for Guardiola and while the loss of a player as talismanic and reliable as Fernandinho is a blow, replacing him with someone like Phillips will only increase the options available to the City boss.