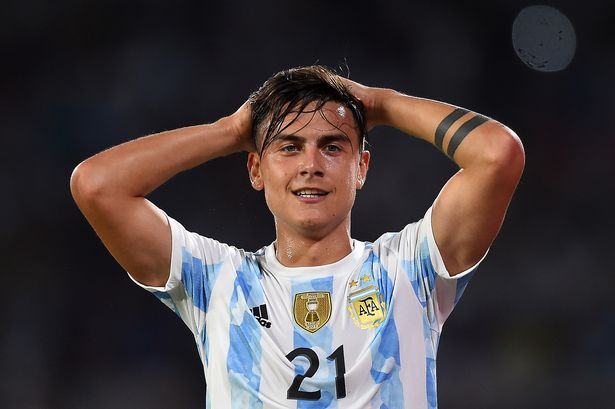 All eyes are on Erling Haaland and Kylian Mbappe – but now another big-name striker looks set to be on the move this summer.

Manchester City want to sign a striker, and Haaland seems the best fit. The Blues have the money to sign the Borussia Dortmund forward, but must convince him they are a better prospect than Real Madrid, Paris Saint-Germain or one of the other clubs dreaming of his signature.

As much as City want to sign Haaland, they must also prepare for the eventuality he decides to sign elsewhere. They could return for Harry Kane, stick with Julian Alvarez, or look for someone else. So it’s intriguing to see Paulo Dybala on the market on a free transfer.

Dybala is out of contract this summer at Juventus and this week their CEO Maurizio Arrivabene confirmed they will let the Argentine’s contract expire after signing Dusan Vlahovic this season.

“With the arrival of Vlahovic, Paulo was no longer at the center of the project and we made this decision,” Arrivabene said.

“The arrival of Dusan changed the position. The technical structure of the team and the Juventus project has undergone some changes. Part of these changes concern Dybala’s contract, which has not been renewed.”

Arrivabene confirmed there are no doubts about Dybala’s quality from Juve, but there were differences in what the striker wanted from contract talks and what Juve could offer. Now, he will be a striker of interest to plenty of clubs in the summer-with City among those linked with his signing.

Inter Milan are favorites to sign Dybala according to the early betting, with Atletico Madrid, Spurs and Arsenal all with short odds. City are 11/1 to sign him, with United given a better chance of completing the free transfer along with PSG and Barcelona.

PSG’s placing on the odds list is intriguing. They were successful in completing four high profile free transfers in the summer, and may have to replace Kylian Mbappe if he joins Real Madrid. Haaland is a possible replacement, but the bookmakers feel they are three times more likely to sign Dybala than the Norwegian.

Dybala’s availability could help City’s pursuit of Haaland in that respect, and he could even offer an alternative for themselves. He has a fine record, is still 28, and would be £63m cheaper than Haaland. Instead of signing Harry Kane, who is slightly older and would be much more expensive, Dybala could be a tempting short-term alternative to Haaland before going for a younger, more prolific striker later on.

That is what Dybala should be, though – an alternative to Kane. Not to Haaland.

There’s a reason that the teams most strongly linked with him are not City’s direct competitors for the Premier League or Champions League (Atletico aside). The only reason City should be monitoring Dybala’s situation is to see if they can use it to boost their own Haaland prospects, or as a cheap, short-term Plan B.