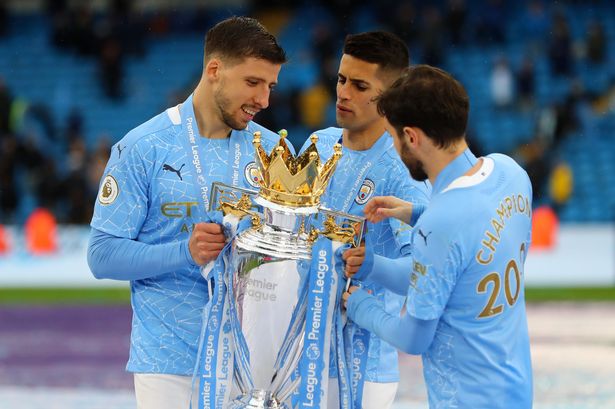 Pep Guardiola will begin holding his breath on Thursday night as this week’s international fixtures get under way. For most games, Manchester City will be simply hoping that their players return with no injuries – but they may have a selfish reason for hoping three of their players experience defeat in the coming days.

England don’t play until the weekend, while they and other countries have helped City out by not selecting the likes of Kyle Walker, Gabriel Jesus or Kevin De Bruyne. A number of players are still in action, though, with the USA, Algeria and Portugal still to secure a World Cup 2022 spot. Ukraine and Aleks Zinchenko can also still qualify, but are understandably not in action this week.

Portgual have perhaps the hardest path to qualification, beginning on Thursday night, as they host Turkey in the UEFA play-offs for one of the final places at Qatar.

Portugal must beat Turkey, and then the winner of North Macedonia vs European Champions Italy to qualify as one huge nation will be left at home in December.

With Ruben Dias injured, Portugal’s task has been made a little harder, but they still have Bernardo Silva and Joao Cancelo to play a key role in two crucial games.

City may have preferred that two of their most important players are involved in such intense fixtures this week ahead of their treble run-in that follows, but Guardiola has always insisted it is an honor for players to play for their countries and represent them at the biggest tournaments. The fact that 13 City players have already booked a place in the tournament reflects brilliantly on the club, with six more potentially joining them.

Ultimately, the better players do for their nations, the happier they are and the more City benefit on and off the pitch. Any risks associated with them picking up injuries is probably worth it on balance, however inconvenient. For that reason, City and Guardiola will be supporting Portugal this week in their goal to reach Qatar.

However, if they weren’t to get there, it might not be such a bad thing for City, who will be missing the majority of their squad for the mid-season World Cup in 2022/23. If three key men like Dias, Cancelo and Bernardo were not in Qatar and instead given a few weeks rest, it could be a boost in the Premier League title race for the Blues.

The key to winning next season’s Premier League will be coping with the unique World Cup situation better than anyone else. If an advantage can be gained by hitting the ground running as soon as the league resumes, it could be the difference between first and second.

For the last two seasons, City have started slowly because players returning late from holidays or Euro 2020. Next season, that problem could impact them in December and January, rather than August or September, so they should start planning now to minimize the disruption.

And any disruption will be reduced if fewer players are at the World Cup, however disappointed they may be.