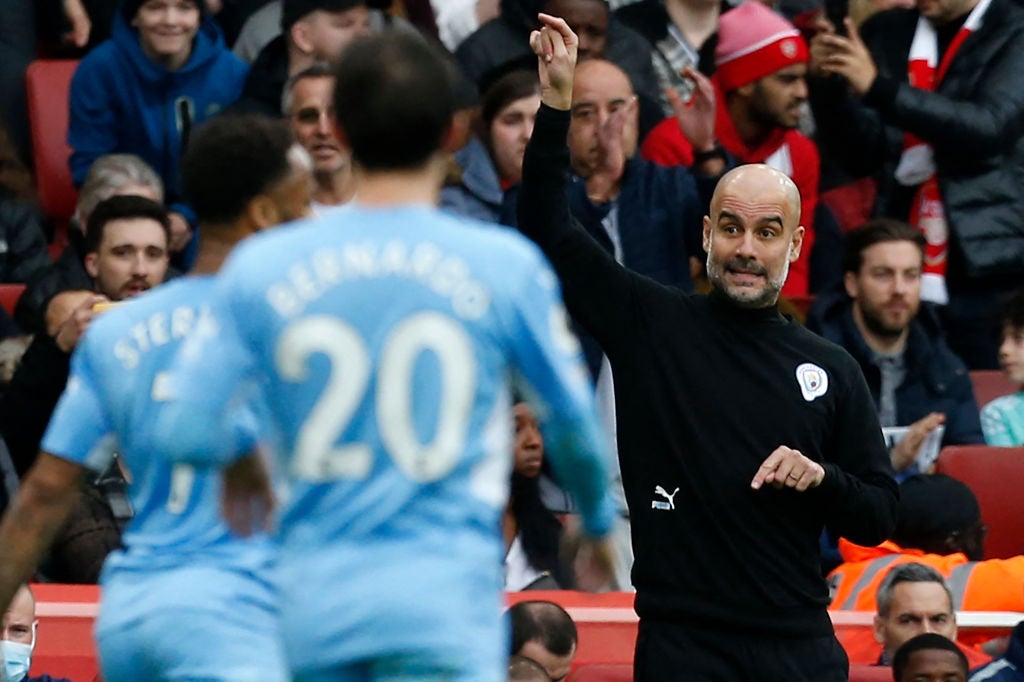 Manchester City are the favorites to win the Champions League. Again. Consult whatever you like: expert opinion, the bookmakers or sophisticated predictive modeling by some sort of supercomputer. You get one answer. No other team has a better chance of going all the way to Saint Petersburg and winning it. No team in the last-16 can be as confident of reaching the quarter-finals either.

We have been here before though. “In the last two seasons too and we didn’t win,” as Pep Guardiola pointed out on the eve of this season’s knockout stages. “We must be handsome, we must be so sexy, for people to believe we’re the favorite every single season,” he joked, “but I know the reality.”

And as Guardiola is all too aware, that reality could come to bite City in Lisbon – as the first leg of a last-16 tie is expected to be more difficult in practice than on paper. This may be the first time that Sporting Clube de Portugal have been part of the Champions League knockout stages since 2009 but they have earned their place.

Under the stewardship of a bright young manager in Ruben Amorim, Sporting ended a 19-year wait for a Portuguese title last season and progressed from arguably the most competitive of the groups, edging past an Erling Haaland-powered Borussia Dortmund on goal difference to finish as runners-up behind Ajax.

And what’s more, this first leg will be played at the Estadio José Alvalade where, domestically, Sporting have lost just once in the last two seasons during Amorim’s time in charge. That defeat came only a few weeks ago, at the end of January. It was not their historic rivals Benfica or the league leaders Porto who left victorious either, but slightly more modest opponents, Braga.

“The way Sporting play is predictable but it’s very difficult to beat them,” Carlos Carvalhal, Braga’s head coach, tells The Independent. “Why? Because they are very well organized in defence, and I think they are suited to playing against Manchester City.”

The former Sheffield Wednesday and Swansea City manager is now in charge of his hometown club, who sit fourth in the Primeira Liga table behind Portuguese football’s three most iconic, powerful and successful clubs. Carvalhal is enjoying success of his own on a smaller budget, winning the Taça de Portugal last year and hoping to progress through a Europa League tie against Sheriff this Thursday.

Arguably the highlight of Braga’s season so far, though, was that victory at the Alvalade over Portugal’s reigning champions, which ended a 35-game unbeaten streak at home.

While nobody could deny that City are clear and overwhelming favourites, Carvalhal believes that Sporting will provide the type of test that, in the past, has often proved to be their downfall. “Sporting have patience in defence,” he says. “They don’t mind if they are defending because they are defending very well, and in this moment, they are very dangerous in the offensive transitions.”

Expect the type of solid, compact counter-attacking play that has been responsible for the majority of City’s Champions League exits during Guardiola’s five-and-a-half years in Manchester. City have exorcised some of those ghosts, improving their defensive transition play since the middle of last season in particular, but then they are visiting the graveyard of one recent European campaign.

It was in the Alvalade that Guardiola’s side were eliminated by Olympique Lyonnais, during 2020’s last eight “mini-tournament” in Lisbon. Sporting’s frontline – likely to be three of Pablo Sarabia, Paulinho, Nuno Santos and the highly coveted Pedro Goncalves – will look to exploit City in the same way Memphis Depay, Maxwel Cornet and Moussa Dembele did two years ago. Could they have the same success?

Carvalhal thinks it is a possibility. After all, this transition-based but safety-first style will be nothing new to Sporting, despite the fact they are well-facied to win every game they play domestically. “Even sometimes in the league, you play against them and you see seven players, very compact and very solid near their area,” he says. “City will have a lot of ball possession but Sporting don’t mind too much about that.” This is a difficult team to break down.

Last season, Amorim’s side conceded an average of just 0.58 goals per game in the Primeira. That has risen this season to 0.68, though still the meanest defense in Portugal’s top flight. Perhaps it should be no surprise that, when asked whether Guardiola’s Barcelona are a source of inspiration for him during Monday’s pre-match press conference, the Sporting manager replied: “My best reference has always been Mourinho.”

You do not need to have the qualifications and experience of Mourinho, Guardiola, Amorim or Carvalhal to predict how this first leg might play out, though. City will dominate the ball. It will be up to Sporting to take their chances as and when they come. “They will wait for the correct moments to do offensive transitions and try to score goals,” Carvalhal says. “It’s a dangerous game for City. Everything can happen.”

It begs the question that, if Sporting are such a formidable opponent at the Alvalade, what did Carvalhal do to beat them? “The poison that they use to beat us, we used on them,” he says. “We also played with some patience. We waited for the imbalance of Sporting because they had to win and wanted to win, but when they lost the balance we scored. We balanced the team very well, we didn’t give chances to fast attacks.”

That all sounds eminently possible for a team of City’s quality. Many opponents have attempted to defend in deep, organized lines and counter at pace before. The vast majority have been swiped aside by the masterful intricacies of Guardiola’s football. “Favourite? Manchester City. It’s more predictable that Manchester City wins,” Carvalhal insists. “But if Sporting controls City’s players between the lines, they can score.”

That is the reality of this tie and, despite there being the same level of expectation around City in this competition as ever, it is a reality that will not be lost on Guardiola.