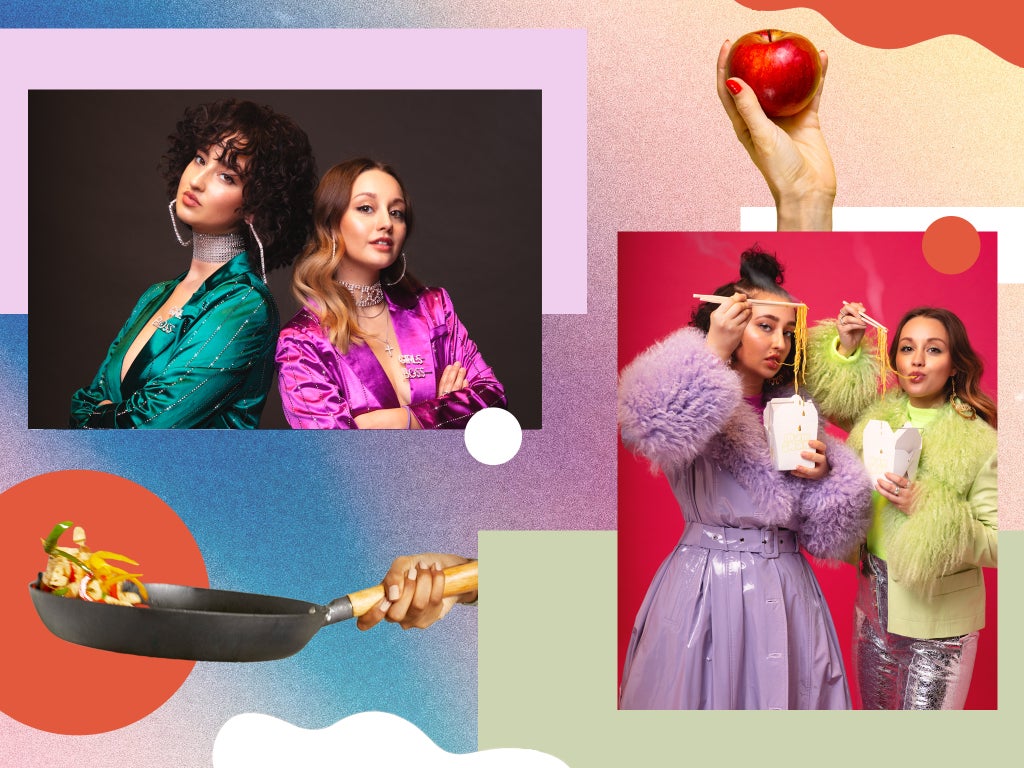 “It’s like we have a bunch of balls that have different things written on them, like food and comedy, and we’ve thrown them in the air and then caught different things,” Maria K Georgiou, one half of Mam Sham, tells me when I ask her to tell me exactly what she and her business partner/best friend Rhiannon Butler do.

If you haven’t heard of Mam Sham, I highly recommend looking them up – they’re well worth having on your radar. The question was necessary because Mam Sham is one of those businesses/companies/initiatives that has its finger in several cakes, so to speak. Whether they’re running their own events (not quite nightclubs, not quite comedy shows, more “theater” as Georgiou puts it) or catering and event planning for companies, Mam Sham has a special approach to food and drinks. experiences.

“When we started Mam Sham, we didn’t have a business plan or a strict vision of what we were trying to accomplish,” says Butler. “We wanted to create something honest, something that was different than a lot of the commercial nights out that are very money-driven.”

Butler and Georgiou described their first event as “too complicated”. “Our first one was for about 70 people, and looking back, I think the sound was so bad, the lighting was bad, we underestimated the budget for everything. But it was very Funny. It was incredible. And that’s where we started,” says Georgiou. “We’ve been best friends since we were 11, so 20 years old,” adds Butler, “so we couldn’t help but get involved, and as they got older, they represented me and Maria and our interests more and more. and the comedy we like to watch. It was all very selfish, it’s all been based on our personal tastes, our integrity and the creative freedom we’ve given each other.”

Georgiou touches on the dichotomy between London restaurants and experiences in general, talking about how the city is full of incredible restaurants that put the producer and provenance front and center, but that this has failed to connect with the incredible variety of events from the city. “It’s this weird thing like, the two are never going to collide. But you want to do something that is fun where there is an emphasis on quality,” he adds.

If you were to strictly define Mam Sham, and Georgiou and Butler’s work in general, say that the intent is to entertain. And entertain they do. While Mam Sham’s ticketed events (the ones they put on themselves, where all proceeds go to charity) used to be themed, these days they build the menu around the comedy acts and their stage for the night. “The first thing we’ll do is talk to the act and find out what they’re talking about,” says Georgiou, “and then it really usually starts from a packaging perspective, and then we get into the food.”

Both Butler and Georgiou have backgrounds in the world of graphics and art (Butler was working in a vinyl printing shop when they started Mam Sham) and this experience has shaped the way their events run. “We’re both very visual and have always been surrounded by things that are interesting outside of the food on the plate,” adds Butler. “We were talking to Missy (Flynn) from Ritas last week, and we were using the example of seeing The sopranos and him eating cold lasagna from the fridge. It’s the feel of it, not just the lasagna. It’s like, how do you create these very particular experiences, because all our material is in props, it’s very interactive?

Both Butler and Georgiou speak of being underestimated by some of their peers: “A lot of the guys who come to our events, like guys with a huge social media following, chef-chef types, will say ‘that was really good.’ Like, of course it was, we’re good at what we do. There’s just that thing of being underrated,” says Butler.

Not that this has ever been an obstacle for the couple and, in fact, they say that often being women in the industry has guided and shaped their career in very specific ways. “Almost every time we’ve had something important, it’s been because of a really good connection with another woman,” says Butler. She references her first corporate booking, an event for ASOS, which came about because a journalist attended one of her previous ticketed events and wrote about it. A woman who works at ASOS read the article and decided to get in touch and bring Mam Sham on board. “We had only done two events when we got that,” says Georgiou.

Both, of course, have experienced the downside of being a woman in hospitality, like most. “I’ve worked in some shitty places where I’ve been harassed a lot and made very uncomfortable,” says Georgiou. “I was very lucky in my last job at Bad Sports in that it was a very safe space; unfortunately, you can’t always control the clients, but I was very lucky to be supported there. In all the other places where I have worked I have been harassed more and more.”

Butler seconded this. “I’m very lucky that in the last three hospitality positions I’ve had, the people around me have never made me feel unsafe,” she says. “But I think that’s one of the main differences now working in hospitality. I have been working in it for 10 years and at first I would not have made that change in my life to get out of an insecure situation. Whereas now I would never work in a place where I didn’t feel safe.”

As women in the industry, the conversation inevitably comes up often in their professional lives, sometimes organically and other times when they bring it up themselves. “Whenever we talk about it on Instagram, the number of people getting in touch is pretty overwhelming. says Butler. “You almost have to take a day off everything if you’re going to start that conversation online. Because there are so many people who send you messages. Its a big problem”. Both address how safety issues extend beyond just the safety of women in the workplace, but also to general health and safety within high-risk hospitality areas. “There is a huge lack of training. You’re working in an industry where you have to work with knives and wet floors and difficult members of the public and you’re just being trusted to have your own intuition with that, which isn’t really fair.”

It’s safe to say that Mam Sham is unlike anything else in the world of hospitality and events right now, and for good reason. Butler and Georgiou possess an enviable level of creativity and industry knowledge that is sorely needed not only to pull off events of this scale, but to do so with such unbridled success. It’s not hard to see why after talking to them: the two relate to each other, their long friendship helping them develop complementary senses of humor that are so good they barely need to employ comedy acts. For all the banter and frivolity, these are two women to be taken completely seriously. Not make mistakes; a ticket to a Mam Sham event is the most popular ticket in the city right now.