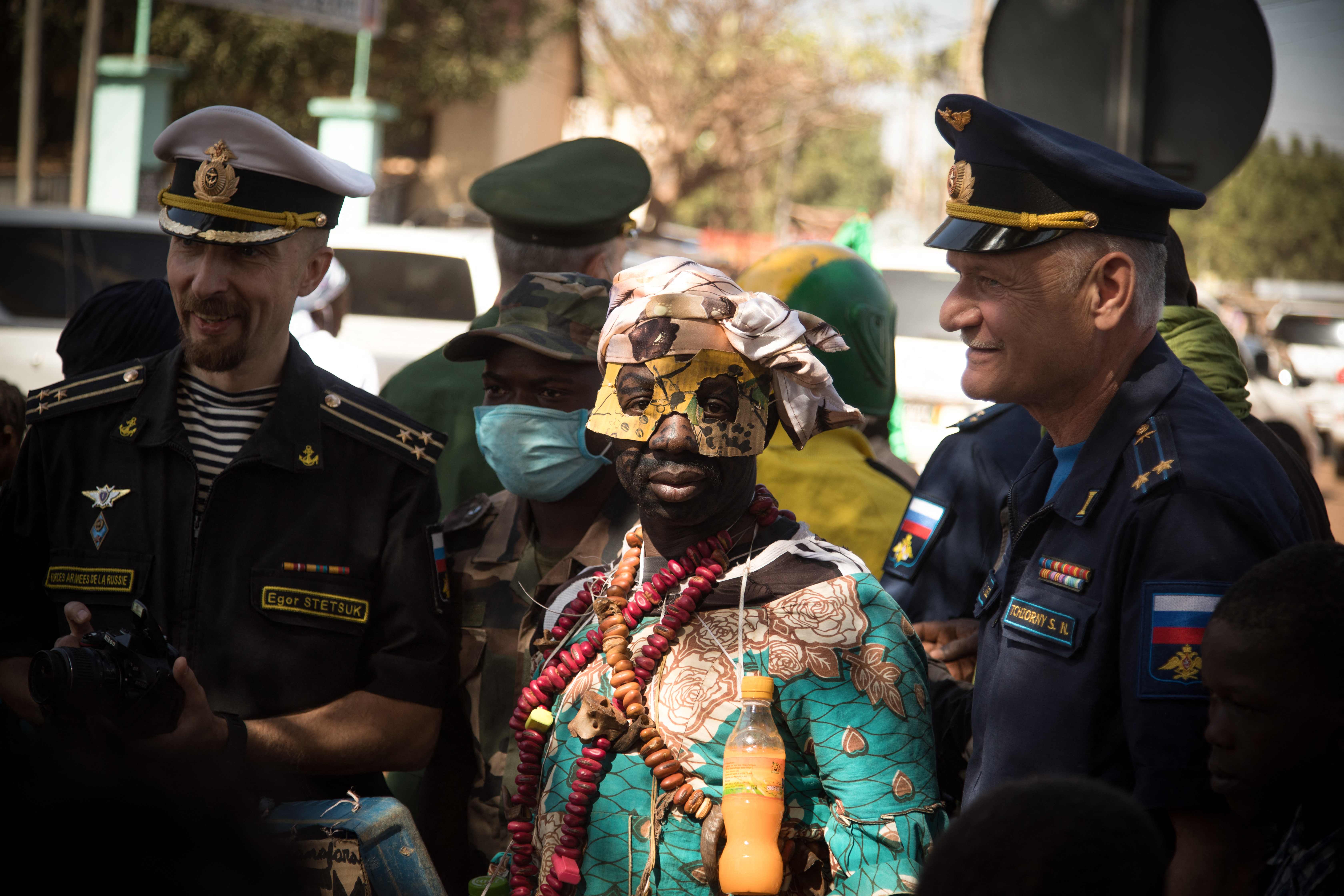 On January 16 and 17, 2012, a coalition of Tuareg rebels and jihadist groups attacked the cities of Menaka, Tessalit and Aguelhok, in northern Mali. A decade has passed since the beginning of a conflict that today extends through the central Sahel and has caused one of the worst crises facing the African continent, with 25,000 deaths, according to José Luengo-Cabrera, a data analyst specializing in West Africa, and 2.5 million displaced, according to Acnur. The constant advance of jihadism despite the robust French intervention, through Operation Barkhane in full reduction of troops, and the internal political turmoil in Mali, where Colonel Assimi Goïta governs after the 2020 coup, have opened the door to a greater Russian military presence, turning the Sahel into the last stage of the struggle between a Moscow that wants to gain muscle in Africa and a European Union that is reluctant to lose it.

The last chapter of this struggle was experienced last week with the announcement of the withdrawal from Mali of a hundred Danish soldiers deployed within the framework of Takuba, a European force in support of Barkhane. The military junta angrily protested a deployment that the government said in a statement had not had its approval and demanded that it leave Malian territory. Four days later, Jeppe Kofod, the Danish foreign minister, announced the withdrawal of troops from him. “The coup generals – in a dirty political game – have withdrawn the invitation they gave us because they don’t want a quick plan to return to democracy,” he assured.

On Friday, French Foreign Minister Jean-Yves Le Drian verbalized European anger. “Given the situation and the breakdown of the political and military framework, we cannot continue as before (…) it is clear that the current situation cannot be maintained,” he assured, hinting at a reconfiguration of European military cooperation in the Sahel. Two days later, the head of Defense, Florence Parly, insisted on the illegitimate nature of the military junta. “We cannot continue in Mali at any price,” she said. After several clashes, Bamako has requested a renegotiation of the agreements with France. “We do not exclude anything,” said Malian Foreign Minister Abdoulaye Diop.

While the French and European deployment weakens, Russia gains weight. “The Russian presence can modify the security strategy in the Sahel. The nature of this change largely depends on the European and American partners that still dominate international security arrangements in the region. Will they act in isolation or will they try to collaborate? The answer to this question is complicated,” says Tatiana Smirnova, a researcher specializing in the Sahel at the FrancoPaix Center of the University of Quebec, for whom the arrival of military reinforcements from Moscow is linked to the growing anti-French sentiment that is spreading throughout the region. , “provoked by the successive failures of international military operations” and the perception that Russia can be “an alternative path”.

The most controversial aspect of the Russian-Malian collaboration is the possible landing of mercenaries from the private company Wagner, linked to President Vladimir Putin and present in other African countries such as Libya, Sudan, Mozambique or the Central African Republic. Western governments, notably the United States and France, claim such a deployment has already occurred, but the Malian military junta adamantly denies this, asserting that the Russian forces on the ground are Army instructors and not Wagner members. Western countries and France in particular have reacted energetically to this hypothetical deployment, threatening to break all military collaboration with the Bamako authorities. Just a month ago, the EU approved sanctions against this company, which it accuses of human rights violations, torture, extrajudicial executions and looting of natural resources.

“Wagner is in Mali,” General Stephen Townsend, commander of the US Force in Africa (Africom), said ten days ago in an interview with Voice of America radio, “there they are, we think there are many hundreds now, they are deploying with the support of the Russian Army,” he added. For his part, the Secretary General of the United Nations, António Guterres, assured that “so far we have not had a meeting with Wagner (…) it is a sovereign decision of the Government of Mali to have cooperation with an organization like that, the only thing we want is that it does not generate any difficulty”. The UN has a mission deployed in Mali with more than 18,000 troops, including 15,000 soldiers and police.

This Sunday, Le Drian accused Wagner of plundering Mali’s resources in an interview with the newspaper the sunday paper. “They are already taking advantage of the country’s resources at this time in exchange for protecting the board. They are plundering Mali”, commented the French minister, for whom “Wagner uses the weakness of some States to establish himself (…) to reinforce Russian influence in Africa”.

Spain maintains a much more moderate position. The Defense Minister, Margarita Robles, expressed ten days ago in a meeting with journalists in Madrid the Government’s commitment to the continuity of the European training mission for the Malian Army (EUTM) in which Spain contributes some 550 soldiers, a little more than half of the total. The minister, who assured that “there is no record” of the presence of Wagner’s mercenaries in Mali, but of Russian soldiers, alluded to a kind of “Afghanistan syndrome” and insisted that “the EU is aware that any withdrawal from the Sahel is to leave the space free to Russia and China”. Spain has so far refused to contribute troops to the European Takuba force, but is collaborating with Barkhane in logistical support through Operation Ivory.

The cooperation and friendship between Russia and Mali is not new and dates back to the time of the Soviet Union, which in the military field has continued both in training and in the sale of weapons and equipment. However, such collaboration has intensified after the August 2020 coup. At least three of the officers putschists The most relevant, Colonels Assimi Goïta, Malick Diaw and Sadio Cámara, president of the country, of the National Transitional Council and Minister of Defense, respectively, received training in Russia and on September 30 four combat helicopters, weapons and ammunition landed in Bamako from Moscow. The current between both countries flows as in the old days.

This revival of Russian-Malian relations coincides with the reduction of the military force that has led the anti-terrorist strategy in the Sahel so far, the French-led Operation Barkhane. The delivery of three bases to the Malian Army in the north of the country and the reduction from 5,500 to 4,800 troops for now, with the intention that they do not exceed 3,000 in 2023, are proof of the withdrawal announced by the French president, Emmanuel Macron, in mid-2021. This readjustment of Barkhane, furthermore, comes after nine years of military intervention without clear victories that have caused a resurgence of rejection of the French presence in the region, as was seen with the military convoy blocked by protesters in Burkina Faso and Niger, and is felt in the protests that break out periodically in Bamako, Niamey or Ouagadougou.

During the celebrations after last Monday’s coup in Burkina Faso, dozens of protesters called on the new military authorities to demand the departure of French troops from their territory and to call on the Russians for support. For now, the leader of the Burkina Faso military junta, Lieutenant Colonel Sandaogo Damiba, has stated his intention to count on “the international community” in what he defined as the “reconquest of our territory” against jihadism. But the day after the coup, Russian businessman Evgueni Prigokhine, linked to President Vladimir Putin and a supposed Wagner strongman, hailed the military uprising as a “new era of decolonization.” Likewise, Alexandre Ivanov, who coordinates Russian instructors in the Central African Republic, was quick to offer a similar model to the Burkina Faso Army in a statement.

“Barkhane has begun to withdraw and there is a reduction in the number of soldiers, that is clear,” says Marc André Boisvert, a security expert in the Sahel. Faced with this decrease in military capacity, the European Takuba force had been increasing its capacity with the recent incorporation of Danish and Italian forces. “There are two relevant data. One of the big problems in Mali is air capacity. The fact that Italian troops who have joined Takuba come with air means is a good sign because it is an important contribution to military operations. And, on the other hand, Takuba has settled above all in Menaka, which until now was mainly defended by Barkhane”, adds Boisvert. However, all of Takuba’s deployment efforts are now threatened by the crisis between Bamako, France and the European Union.

This Friday, the Economic Commission of West African States (Cedeao), which brings together the 15 countries of the region and approved three weeks ago a battery of harsh sanctions against Mali that include border closures and freezing of all economic aid, returned to accuse the military junta of trying to stay in power at all costs, skipping the agreed date of February to hold elections and return power to civilians, a decision that Cedeao considers unacceptable. The regional leaders assure that they are waiting for a “reasonable and realistic” calendar to modify the sanctions imposed against Mali.