Skip to content
Home News Malala Yousafzai speaks out in support of Indian students fighting for the right to wear hijab in class: ‘Horrifying’ 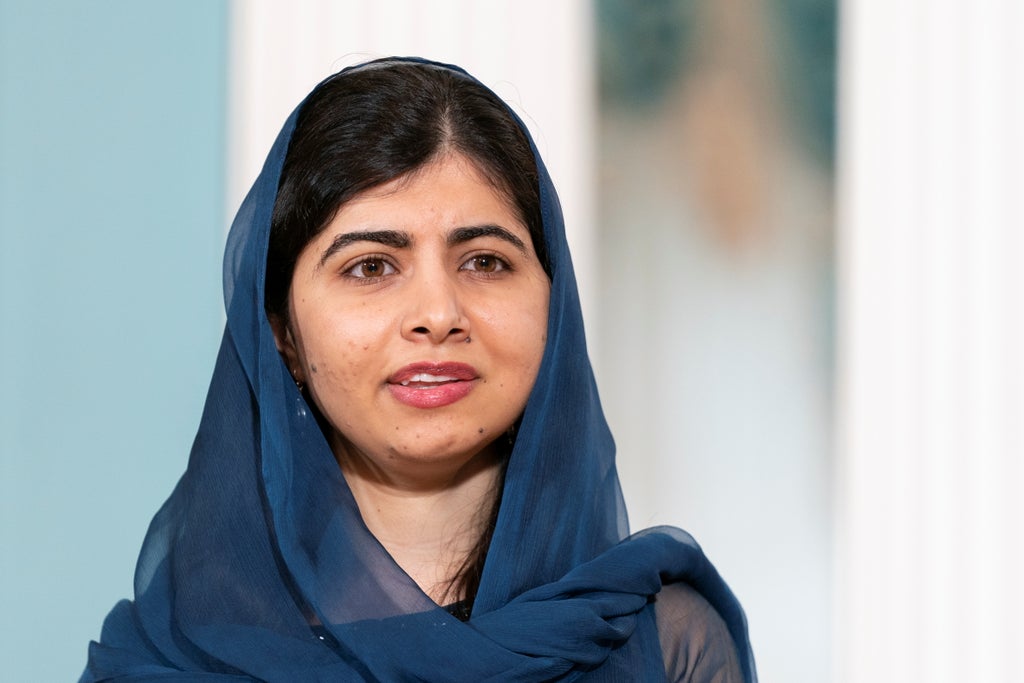 Nobel laureate Malala Yousafzai raised concerns about the marginalization of Muslim women in India and spoke in support of students fighting for their right to wear the hijab in the southern Indian state of Karnataka.

“Refusing to let girls go to school in their hijabs is horrifying,” the 24-year-old women’s rights activist tweeted on Tuesday. “Objectification of women persists — for wearing less or more.”

Ms Yousafzai, who is a survivor of an assassination attempt by the Taliban in Pakistan, is a strong advocate for the right to education for children and women. She urged Indian leaders to take steps to “stop the marginalization of Muslim women”.

Her tweet came after a controversy that began with a group of Indian schoolgirls asserting their right to wear the hijab has ballooned into a national row pitting students into protests and counter-protests along religious lines.

Several incidents of stone-pelting and baton-charging have been reported from the state as protests increased.

On Tuesday, the ongoing tensions forced Karnataka chief minister Basavaraj Bommai to announce the closure of high schools and colleges for three days to maintain “peace and harmony”.

The Karnataka police on Wednesday banned gatherings or any forms of protest within 200m of educational institutions for the next two weeks. The state government, which is run by Narendra Modi’s Bharatiya Janata Party (BJP), has urged pupils not to wear clothing that “disturbs … public order” until the Karnataka High Court gives its ruling on the matter.

The controversy began on 28 December after a government college in Karnataka’s Udupi district banned students wearing the traditional Muslim headscarves inside the classroom. Six students of the school resisted the band and were denied entry. The issue reached the state’s high court after one of the students filed a petition challenging the Udupi Women’s PU College’s directive.

The controversy spread to other colleges across the state after a video showing gates being closed on a group of hijab-clad students went viral on social media and sparked outrage.

However, the issue took a communal tone when Hindu students and fringe groups launched a counter-protest, wearing saffron shawls and headdresses. The color saffron is seen as symbolic of Hindu nationalism.

“To deny anyone this fundamental right & terrorize them for wearing a hijab is absolutely oppressive. World must realize this is part of Indian state plan of ghettoisation of Muslims,” Mr Qureshi said.

A woman in a hijab, a head-to-toe covering, is not an uncommon sight in South Asian countries, including India, where Muslims make up to 14 per cent of the population. Displays of religious signs are common across the country.

But the hijab has been embroiled in controversy in some western countries that see it as a regressive practice. In 2014, France banned hijabs from being worn in public schools.

London flat mocked for £1,150 rent with the bath in center of living room

‘Like every other day:’ 10 lives lost on a trip to the store