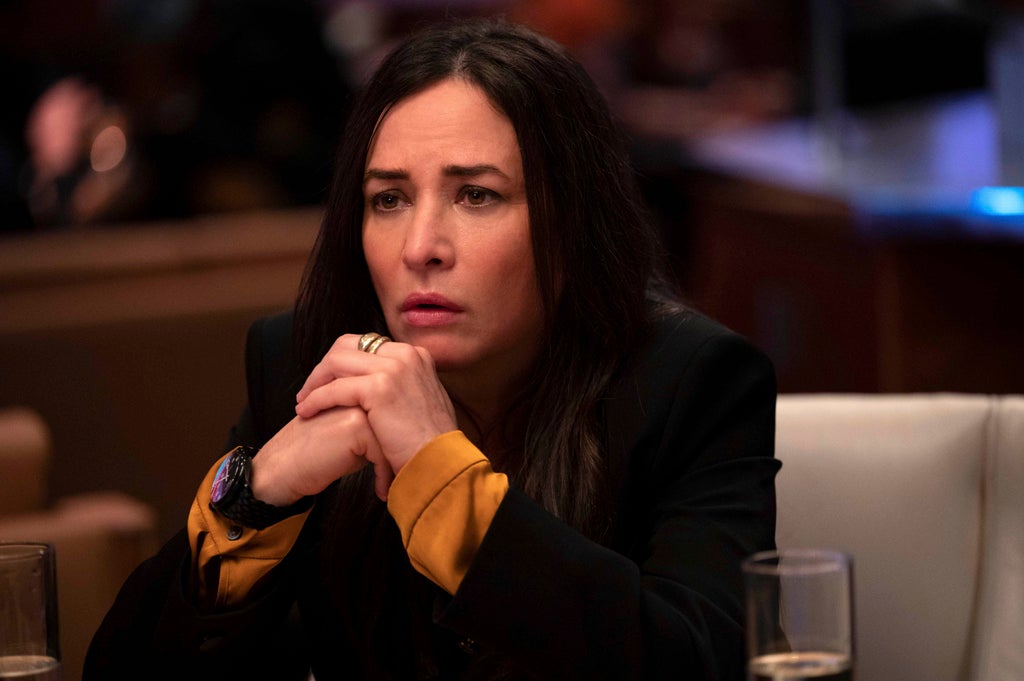 “Better Things” showrunner Pamela Adlon always has a specific vision and message in her work. So when it came to filming the comedy’s fifth season there were certain non-negotiables, and one was that Celia Imrie — who plays Adlon’s cheeky mother, Phil — had to be a part of it.

But Imrie was stuck in England and couldn’t travel for medical reasons, so Adlon brought the show to her.

“I needed Phil in because it’s the final season and it was a Rubik’s Cube of how do I do this?” Adlon said in a recent interview. “Then I thought, OK, I’m just going to write these scenes and we’re always going to be in the dining room at Phil’s house.”

So in the middle of the pandemic — taking safety precautions — Adlon moved the cast and crew to England and recreated one room of the LA-based set for several scenes. Imrie says she was “humbled” by the efforts.

“It was overwhelming and quite magical, really,” Imrie said. “It was an enormous challenge, a huge amount of work… But I’m so completely overcome with admiration for Pamela, and also joy that she wanted me to be in it and didn’t do the end without me, which would have broken my heart.”

Adlon acts, co-writes, and directs all 10 episodes of the last season, which start airing on FX and Hulu this week.

“Better Things” is known for finding poignancy in life’s mundane moments, and shining a light on minor characters, and its last episodes provide growth and resolution for many. The show offers a menagerie of people in protagonist Sam Fox’s world, of varying ages, genders and races.

See also  "If he carries on I'll blow his head off": Man caught messaging fellow dealer about 'b', 'snotty' and 'blue cheese'

“Everybody has a story, you know, and that’s my favorite thing,” Adlon said.

Fox is based on Adlon’s life — she’s a divorced single mom with a British mother and three precocious daughters — but many characters are atypical of regular comedies.

“The show really gave my kids and their friends a voice we haven’t heard,” Adlon said.

Actor Olivia Edward, who plays youngest daughter Duke, recently thanked Adlon for how her role evolved over five seasons. ”She said, ‘Thank you so much for letting me be Duke, letting me tell these stories and not just making me be furniture in the background.’ You know, these kids are all people.”

A keen observer of people and details, Adlon makes every frame feel purposeful. As a showrunner, she also has purpose, using her power from her on set and on the page to celebrate and elevate women. Besides the dominantly female cast, she made a point to hire many women on her crew.

“It’s just a very safe space, very nurturing. You know, it just feels good for everybody. And the men love it, too,” Adlon said.

“I feel really lucky that a majority of my career I’ve been able to work with women,” co-star Mikey Madison said. “That’s really important for me to see because those are the things that I dream of doing. I watch these women do it and I think, ‘I can probably do that, too.’”

Many of the actors say Adlon’s authenticity and unpretentious approach to acting inspires them.

“Pamela was always incredible with improv, and… I’m very grateful that she always encouraged it because some of the best things that happen in scenes, happen in the spur of the moment when you’re actually in the energy of it,” Edward said.

“I’ve learned a tremendous amount. Pamela always says… she writes what she knows. She has this very specific perspective…. and she’s really pretty much done it all by herself,” Madison said.

For those wondering if Sam Fox finds love by the end of the story, Adlon says that was never her goal.

“The revolutionary act is a woman who is on her own and is very good with it,” Adlon said. “Sam is a lone wolf and always has been.”

When asked how she feels about the end of the show and whether she said everything that needs to be said, Adlon teared up. She’s been in a vacuum editing the last episodes and is pleased that the storylines seem to be resonating.

“It hit me like, ‘Oh my God, they’re listening!’ It’s out there and it’s overwhelming. I feel exhilarated.”