Skip to content
Home News Madrid’s restaurants, overflowing for Christmas meals: “You have to run if you want to catch a table” | Radio Madrid | The news from Madrid 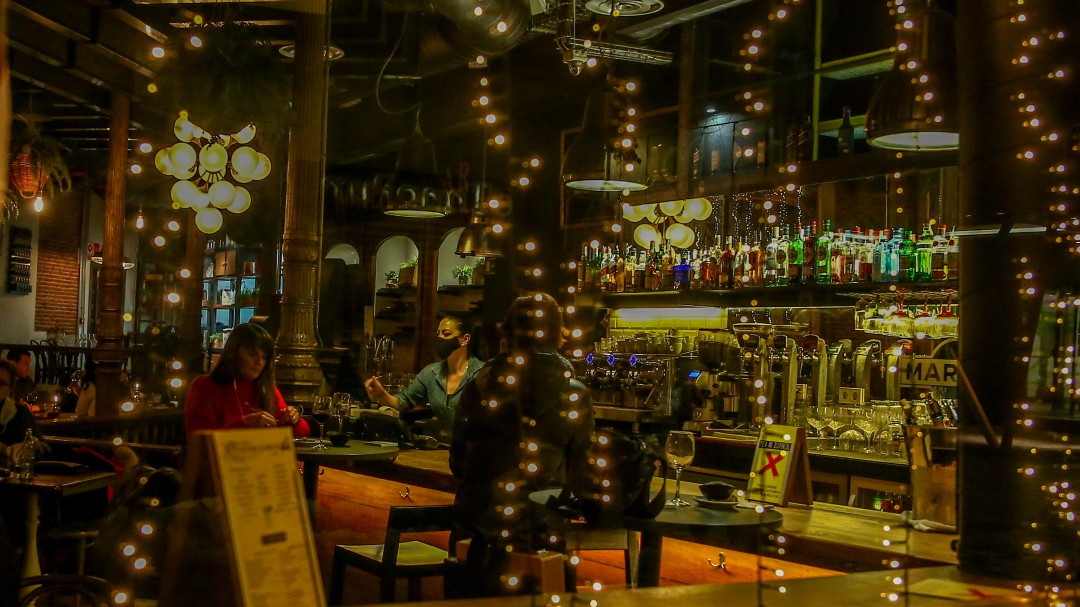 “Sorry, we are already full.” This is the phrase that is repeated the most these days in the main restaurants in Madrid. There is still a little more than a month until Christmas arrives, but the Madrid hospitality industry is registering high quotas of reservations in its premises. Many establishments no longer have space for company or friend meetings on the most popular days of December. Others are closing lunches or dinners in November, before the saturation of the Christmas month. The sector is very positive about these first unrestricted parties due to the pandemic in the hospitality industry, they even foresee that they will exceed 2019 in volume of business, a year that was especially good for restaurants in the community.

Nino Redruello is a chef and owner of La Ancha restaurants. It has two stores in Madrid that already hang the full poster for the main days of December. “We no longer have a gap on Wednesdays, Thursdays, Fridays or Saturdays next month,” he says. Redruello describes the situation as “overflow as it had not been before.” Last year was a tough one for his business, which lost 30% of the income it used to have. Now he affirms that these difficulties have been left behind: “We are going to clearly overcome 2019, which was very good for hoteliers. Everything indicates that we will increase revenue by 20%.” The Hostelería Madrid association predicts that an average of 70% of the 2019 turnover will be achieved, while the fashion stores, especially in the capital, will exceed the precovid data.

A few minutes walk from La Ancha de Zorrilla, one of the two establishments in Redruello, a similar situation is experienced. The agenda of Abraham García, chef and owner of the Viridiana restaurant, also fumes. “Times of fat cows are coming,” he celebrates. The cook admits that they are “overwhelmed” because “we have a job that we didn’t even suspect.” García admits that they currently have a serious problem finding staff, something that, he says, affects other colleagues in the profession and also recognizes that there are difficulties due to the lack of supplies, to which is added the costs due to the increase in electricity. However, he affirms that in his premises the prices of the menu will not go up, which is around 80 euros on average.

Redruello does admit that they have had to raise the price “a little” due to the increase in costs. The director of Hospitality Madrid, Juan José Blardony, asserts that the sector “is trying to maintain prices” and that over “60% of the premises” are not going to touch it. However, there is another percentage that does plan to incorporate variations because it cannot assume all the expenses. According to Blardony, the average cost of Christmas menus in establishments in the region ranges between 25 and 50 euros. Currently in the Community of Madrid there are some 30,000 restaurants open, of which 18,000 are in the capital. This represents 92% of the total existing establishments before the arrival of the covid.

Blardony explains that during the pandemic months they have noticed a change in consumer tastes in several respects. The first, when it comes to Christmas gatherings, is that “they are predisposed to spending.” Customers don’t settle for lunch or dinner, they want more. “They are even asking for special cocktails and entertainment that other years had not been requested,” he says. Blardony assures that the covid has also altered the consumption schedule, now people prefer meals to dinners, although there is no longer a curfew. “Despite this, Christmas is related to nights out and there are still many reservations at all hours. People are eager and that is very positive. You have to run if you want to catch a table,” he adds.

On the street, the people of Madrid do not hide the illusion that makes them return to the custom of Christmas gatherings as they were known before the pandemic. Patricia is one of them. He has recently started working and this Christmas he will have his first company dinner. “I want, above all, to have fun and get to know my teammates more,” he confesses. The same desire is shared by José Ramón, a clerk in a store in the center of the capital. In her case, “they are still planning” the meal, but she hopes that they will finally make it because “you have to flow, go on with life and put fear aside a bit.” Leticia works in a hospital and remembers that company dinners before the covid “were very big.” This year they will get together again because “you need to go out, have a drink there.”

The pandemic is not over

This Christmas will be the first without restrictions due to the pandemic. Last year there was a curfew from 12.00 to 6.00, except on Christmas Eve and New Year’s Eve, which was extended to 1.30. There were also limited hours and capacity in restaurants. Occupancy indoors could not exceed 50% and outdoors 75%. The hotel business closed its doors at 00.00, but could not admit customers from 23.00. And no more than six people could sit at the tables. The panorama at the moment is totally radical. There are neither time nor capacity restrictions, the only one that remains in force is to remain seated on the bars to avoid crowds. The nightlife is also fully operational, where dancers have been allowed on the dance floor since last October.

This new scenario, the hoteliers recognize, is an escape route for the sector, but they remember that you cannot lower your guard. Currently, the main indicators of the pandemic are progressively increasing and they fear that there will be new spikes coinciding with the holidays. Redruello affirms that prevention measures will be taken care of in its premises, such as using a mask when it is not consumed or limiting the capacity at the tables if the client requests it. It also anticipates that the La Ancha staff will carry out diagnostic tests before services to guarantee the safety of workers and clients. “We do this because at Christmas we like to live, and living is getting together, and getting together is hugging and that is not good for the virus,” says the chef. In the Viridiana restaurant, according to García, the current health protocol will also be monitored.