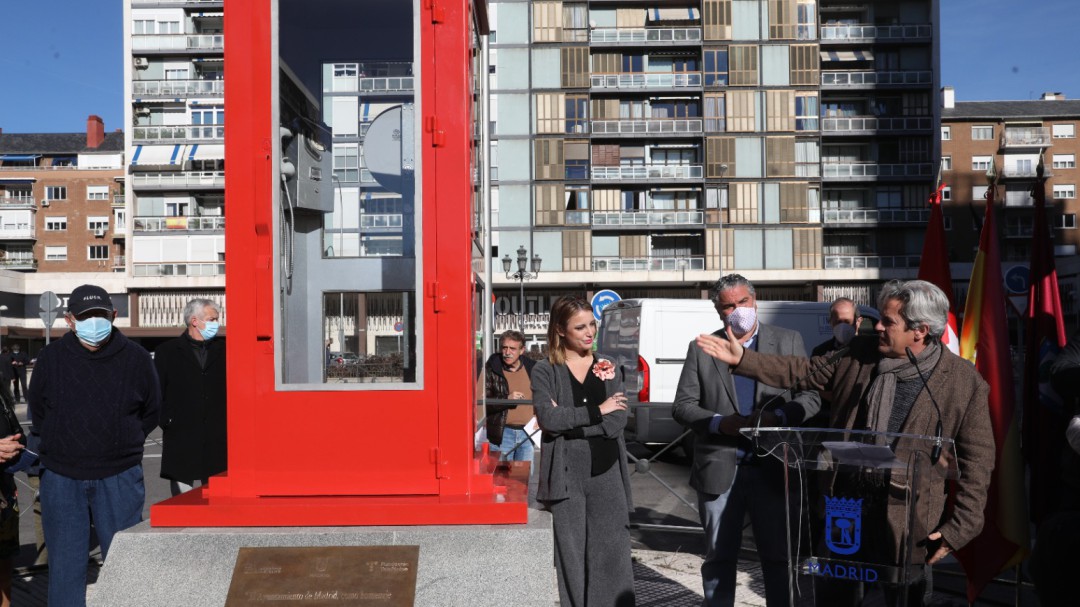 Coinciding with the progressive disappearance of the telephone booths in Madrid, one of these historic cubicles is now on a city street to pay tribute to Antonio Mercero, the director who shocked in 1972 with a medium-length film in which José Luis López Vázquez was arrested in a glass and red iron jail.

The red booth is located in a central Madrid neighborhood, Chamberí, and has been discovered in an act in which local and district authorities have participated, as well as representatives of Telefónica and the Film Academy, along with Antonio’s relatives Mercero and David Linares, the scriptwriter and promoter of this initiative.

Linares recalled that “this cabin was born from a tweet”, in 2018, when the film and television director born in Lasarte (Guipúzkoa) died in Madrid in 1936.

The idea of ​​honoring the director of other works that remain in the collective memory such as “Verano Azul”, “Farmacia de Guardia” or “Crónicas de un pueblo” was consolidated on the change.org platform, and was later approved by the City Council of Madrid, which heard “a citizen proposal, has made it its own, has pampered it and made it a reality,” with the unanimity of all groups, added Linares.

A booth that has finally been installed today very close to the square where the famous movie was filmed and that stands on a pedestal with the following message: “The Madrid City Council, as a tribute to the movie ‘The cabin’ and its director , Antonio Mercero, for his contribution to making Madrid a city of cinema and a cultural reference “.

Ignacio Mercero, son of the filmmaker who has spoken on behalf of the family, has said that they are “delighted, and even more so seeing the marvel of replication that the Telefónica Foundation has made, to which he has thanked, like Linares, the Academy of Cinema and the Madrid City Council, “both to the previous Government and to this one.”

“Because as David (Linares) has said, there was unanimity in all the parties, and I want to emphasize that because that unanimity is a bit the reflection of the citizens, because there was also unanimity” among the Spanish “every time they saw something” signed by his father, has apostilled.

“With each story he told he gave life lessons”, Ignacio Mercero stressed, for whom it is a “beautiful paradox that just when all the cabins” in Spain “die, this is born as the only cabin, Antonio Mercero’s cabin”.

A booth with an Emmy

The medium-length film, which lasts just over half an hour and is available on the RTVE website, was directed in 1972 by Antonio Mercero, with a script written with José Luis Garci.

A protagonist without a name -and without a voice for most of the footage to increase the feeling of isolation- embodied by José Luis López Vázquez, who is seen locked in a telephone booth recently installed in a square, before the humorous gaze of one at a time more nourished and traditional group of curious and before the unsuccessful attempts of a rosary of people who try to help him using skill or force.

But all is in vain and some workers end up moving the cabin by road on a journey in which the protagonist begins to foreshadow the dark end to which he is doomed.