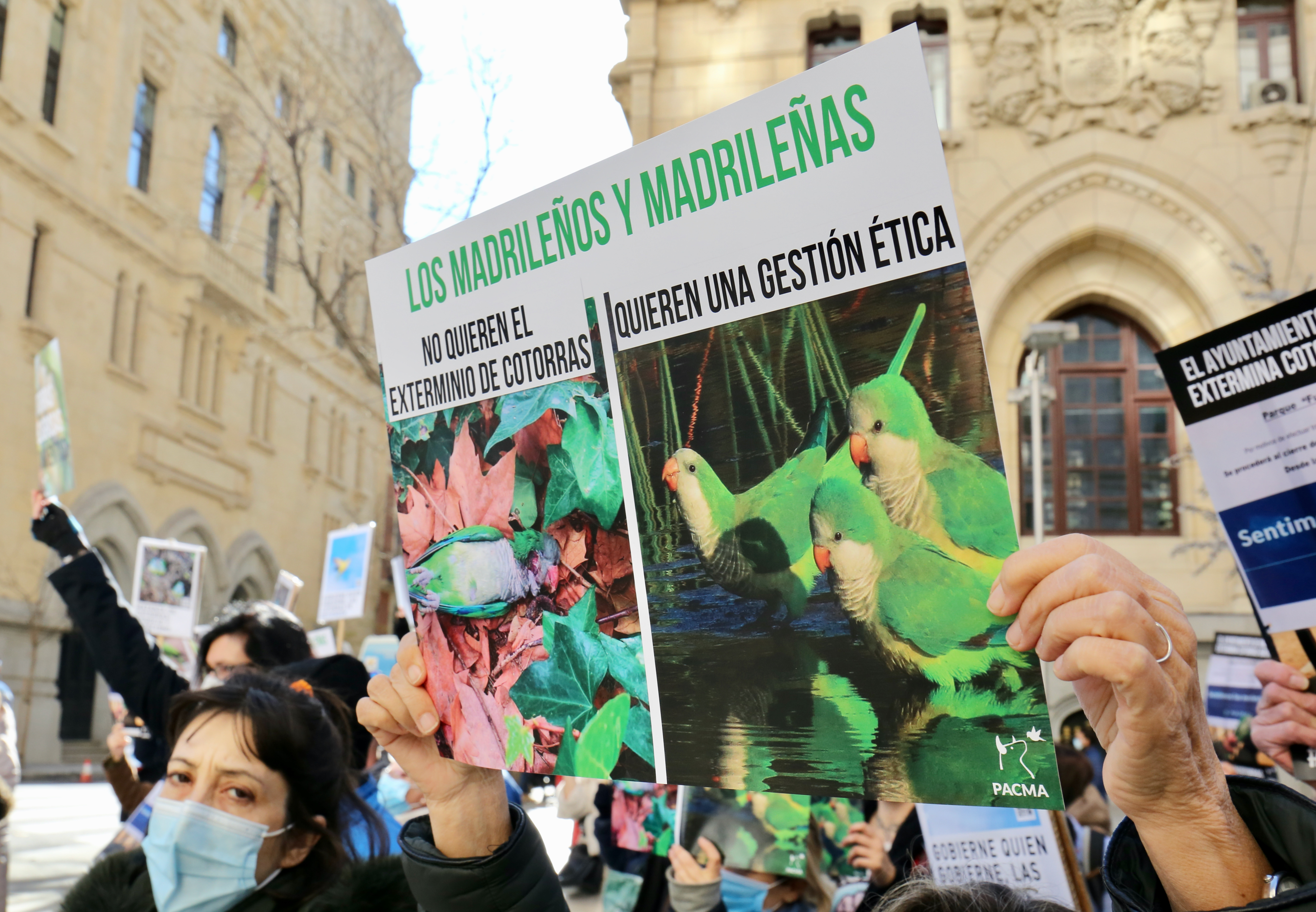 Nobody doubts that Argentine and Kramer parrots have become a problem in Madrid. The debate, which has been put on the table again this Monday at City Hall, has revolved around the forms. Are we an ethical society if we shoot birds to death? Should the problem have been tackled earlier? The end justifies the means? On November 25, the people of Madrid learned that the City Council allowed the death of these animals “in an exceptional way” with a compressed air rifle because two people sneaked into the Fuente del Berro park, in the Salamanca district, and recorded how two workers finished with the birds.

The City Council then excused itself that the novelty was not such, because the specifications of the contract had been public since last May. But no one had noticed it. And the scandal went viral. Now, the delegate for the Environment and Mobility, Borja Carabante, has had to respond to the opposition, which has described the events as “massacre” and “carnage”, according to Europa Press. The data, according to the City Council, are as follows: 15.6% of the birds have been captured, that is, 2,025 parrots out of a population of more than 13,000, and 469 nests have been removed, 56 of them with eggs. Much? Little bit? Does not matter. Methods dominate the debate.

“They intend to kill flies with cannon shots,” Ignacio de Benito, the Socialist spokesman, has accused. Carabante, however, has excused himself in the same way that he said when it was scandal: that it is proceeding according to what is established by the Community, which endorses this type of capture in sporadic circumstances and in limited enclosures.

But no one answers the big question: what about animal welfare regulations and why don’t they use other methods. Benito has insisted that the problem exists, that the current and previous governments have let it pass until it has multiplied and that it must be tackled. But not everything goes to achieve it. “The end does not justify the means”, he recalled time and again, although he was not surprised that this point had been reached, since in Madrid “the carnage of a pigeon shooting contest in El Pardo” was already allowed.

Once again, on the table, the dilemma of how to manage in an ethical way. The PSOE recalled that the municipal plan costs the Madrilenians 230 euros per shot killed (three million euros in total) and has requested “less bloody and more sustainable means, because the current irrigates Madrid parks with lead.” And since there is no better defense than a good attack, Carabante has targeted the previous government team, the one led by former mayor Manuela Carmena, who I have made the main responsible for the increase in the population of these birds because, according to he assures, he ignored a report “Ignoring the dangers” and “only for political reasons.”

While the political war continues inside the Palacio de Cibeles, outside the criticism multiplies. The Animalista Party recalls that it already presented an alternative ethical plan two years ago. They supported it with a veterinary and a legal report, in contrast to the municipal plan that consisted of capturing them with nets, “which can cause serious injuries and great suffering for the birds, for their subsequent gassing or, in cases such as the one reported by the park Fuente del Berro, directly shoot them ”.

“There are alternative methods, such as the sterilization of males and eggs, to gradually reduce the number of parrots without creating an ecological niche that would attract other parrots from different parts of the Community of Madrid. It is a really effective method, not like the massacre they are carrying out, and infinitely cheaper ”, declared Ana Béjar, treasurer of the Animalista Party, when the controversy broke out, and insisted on speaking personally with those responsible for the Environment area. Asunción Estévez, secretary of PACMA, recalled that the party has requested, once again, a meeting with Carabante “to present again our ethical method of managing parrots.” “We will not allow them to continue massacring them, we will not allow three million publics to be spent on this extermination. It is cruelty and it will not be effective, “he added. For now, Carabante does not give them an appointment.

They are not the only ones advocating an alternative method to end the parrot problem. Miguel Ángel Hérnández, spokesperson for Ecologistas en Acción, was forceful at the end of November: “Of course there are alternatives. Another thing is the discussion between economics and ethics ”. In fact, Hernández recalled that the net-throwing cannon technique and the book-netting technique, also used in Madrid, are trapping methods that allow animals to be captured alive. “Then what is done with these species, such as those that are requisitioned at the airport, for example, is to take them to an animal care center so that they are in a restricted area until they die.” Apart from that, he explained, the simplest thing (if done with time) is to remove the nests from the trees or even the eggs, as is being done in other cities such as Barcelona.

“It is important to deceive them by replacing those eggs with other infertile ones, so that they do not make a replacement and miss the breeding season,” analyzed Hernández, who admitted that these animals “are quite intelligent and learn the danger zones.” Therefore, “shooting is not only ineffective, but it is also dangerous for people and an unnecessary violent method.” In addition, he insisted, environmental groups have been warning for decades of the problem of letting them continue to reproduce and, if they had listened, they could have taken action on the matter without reaching this situation. Therefore, the easy thing now is to blame Carmena. But the problem comes from afar.

These imported exotic birds are a serious problem, as they threaten native fauna such as sparrows. “They are not aggressive, but they compete for food and territory,” explained the spokesperson for Ecologistas en Acción. They also transmit disease to other birds or even humans; and their nests are considered a “risk to the integrity and life of people” because they weigh a lot – normal, between 40 and 50 kilos, but can reach 200 – and they can knock down branches.