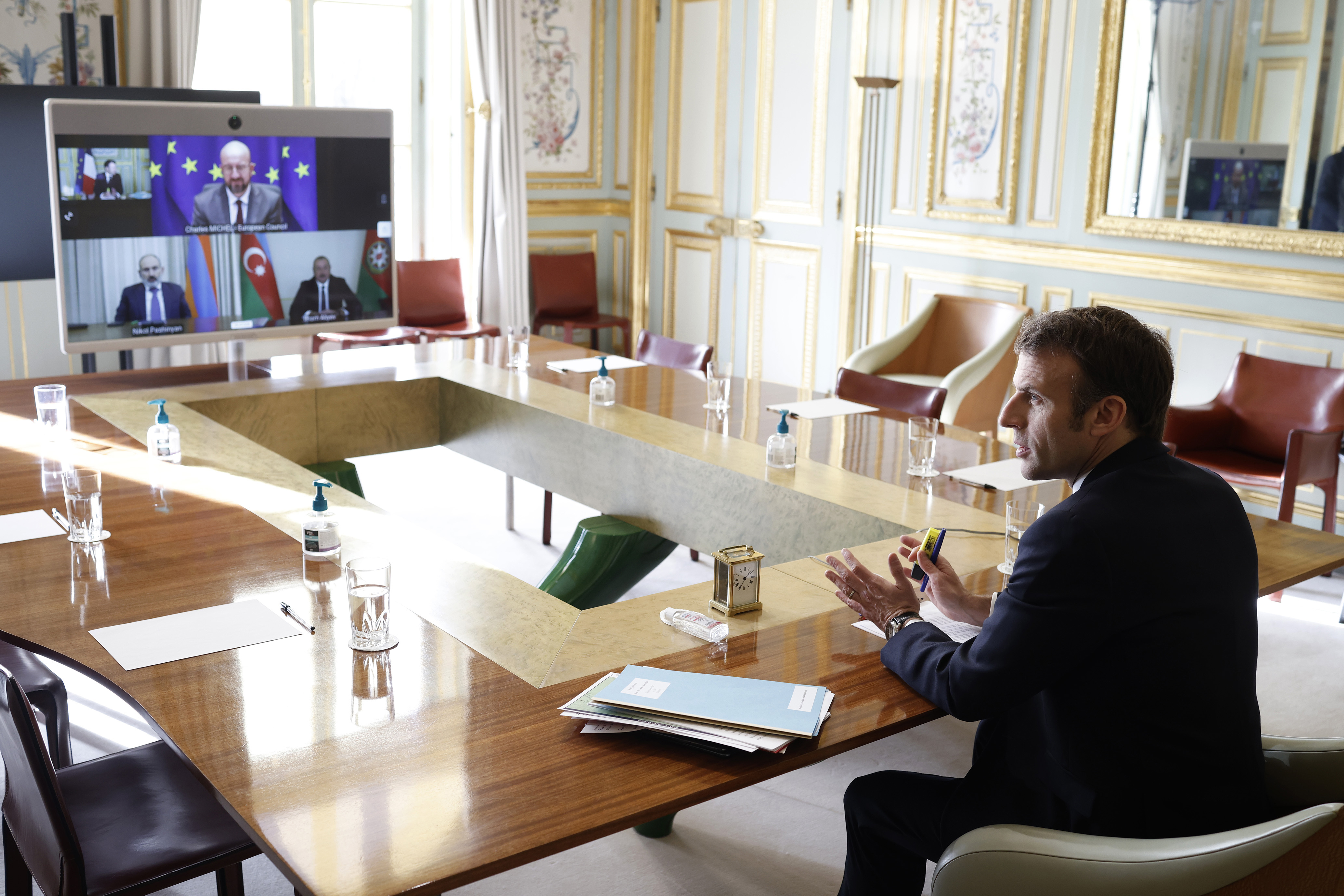 Emmanuel Macron has embarked on a diplomatic marathon to counter the Russian threat on Ukraine’s borders. The French president will meet on Monday in Moscow with his Russian counterpart, Vladimir Putin. And on Tuesday he will go to Kiev to meet the Ukrainian Volodymyr Zelensky.

The international hyperactivity of Macron, who this semester holds the rotating presidency of the Council of the European Union (EU), seeks to enhance the French and European role in the crisis around Ukraine. Although the massing of Russian troops near the Ukrainian border poses a threat to those in Europe, the United States and NATO have so far played a greater role than the EU in responding to this crisis.

France aligns itself with Washington in the desire to dissuade Moscow —with possible sanctions or by reinforcing its presence in countries on the eastern flank of NATO— in the face of a new incursion into Ukraine after the annexation of Crimea in 2014 and the Russian sponsorship of the secessionists of the Donbas region. At the same time, it has tried to open, on its own or together with Germany, various channels of dialogue with Russia.

“If there is a channel that allows discussion and offers some signs of de-escalation, it must be used,” French Secretary of State for European Affairs, Clément Beaune, declared this Friday, in a meeting with journalists. But he added: “You have to be very modest: no one, not through the NATO channel, not through the American-Russian channel, not through any other channel, has any guarantee that it will work.”

See also  Will there be another confinement in 2022?

In the last 10 days, Macron has spoken three times on the phone with Putin and twice with Zelensky. Last week, he organized a meeting at the Elysee Palace attended by diplomatic advisers to the leaders of France, Germany, Ukraine and Russia. The four countries make up the so-called Normandy Format, established in 2014 and aimed at resolving the conflict in Ukraine with the pro-Russian separatists in Donbas.

Added to this new channel of dialogue is the plan for the EU to propose, first to NATO and then to Russia, “a new order of security and stability” for Europe. The proposal, outlined on January 19 in a speech to the European Parliament in Strasbourg, created confusion and fueled the interpretation that the French president was on his own.

The Tradition of “Balancing Power”

The French tradition of playing the role of “balancing power” — an expression President Macron used several times in Strasbourg — dates back to General Charles de Gaulle and arouses suspicion among partners. In 2008, also coinciding with the rotating presidency of the EU, the then president, Nicolas Sarkozy, went to great lengths to mediate the conflict between Russia and Georgia. And in 2019 Macron attempted a thaw with Putin on his own that caused misunderstanding among some European partners and ended up failing.

Although France chairs the Council of the EU – the body that brings together member states – until June, Macron is not the president of Europe. The EU has a High Representative for the Common Foreign and Security Policy, Josep Borrell, and a President of the European Council, Charles Michel.

“President [francés] maintains direct or personal contacts with Vladimir Putin because he thinks that at this time he can be useful, and because he thinks that he has managed to create a space for discussion and negotiation with the Russian president, but he does not do it in his own name or in a hidden way ” Beaune says, strong man of Europe in the French government and a close associate of Macron. And he adds: “Although [Macron] He is not a high representative or president of the European Council, the fact that he is in charge of the presidency of the Council of the EU makes him, before Vladimir Putin, a European interlocutor”.

France defends that all diplomatic activity to reduce tension on the Ukrainian borders is carried out “in perfect coordination with partners and allies”, according to a source from the French presidency who requested anonymity. The difference with Washington, Paris underlines, is one of language: while a few days ago, for example, the White House warned of an “imminent” attack by Russia on Ukraine, the Elysee has opted for a more cautious rhetoric.

“There is no denying the different sensibilities or even the analyzes that are not exactly the same based on common realities,” says Beaune. “But the essential thing is that in our attitude towards Russia we send the same messages: we are ready for dialogue; you will not decide the alliances in our place; and if they do not want dialogue, we are prepared to react”.

The EU, like the United States, is preparing an arsenal of economic and financial sanctions against Moscow in the event of a Russian attack. And France has already announced, in line with other NATO countries, that it is willing to send troops to Romania, an ally and bordering country with Ukraine.

Macron’s diplomatic hyperactivity has an internal key. The president faces a reelection in April in which the extreme left and the extreme right are sympathetic to Putin, or directly in favor. And while international politics rarely tilt an election, for a sitting head of state the international dimension makes a difference.