Skip to content
Home News Macron, the difficult balance between the candidate and the president | International 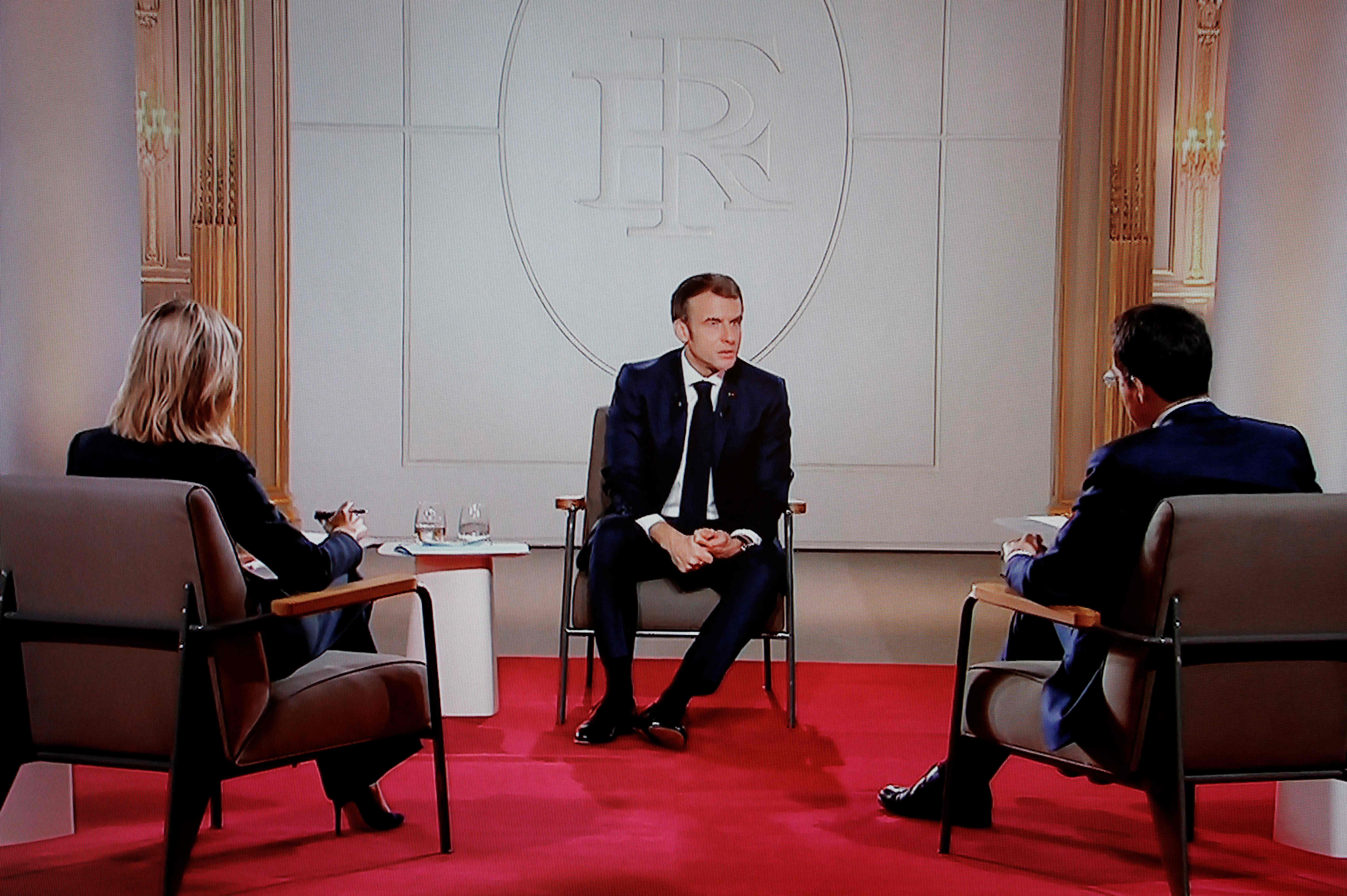 It is a purely French ritual: the declaration of the President of the Republic as a candidate for reelection. Everyone knows that Emmanuel Macron wants to run for reelection. Nobody doubts it. And yet there is a sophisticated choreography that forces, until the moment the head of state announces that he is a candidate, not to consider him as such.

“If you ask me: ‘Do you project yourself, do you have an ambition for French women and men that goes beyond next April? It’s obvious, it’s obvious, ”President Emmanuel Macron said Wednesday night in a nearly two-hour interview on private networks TF1 and LCI.

Macron alluded to the date of the presidential elections in 2022. And indicated that he had no intention of ending his career in power after five years of the first term, as did his predecessor, the socialist François Hollande, who, sunk in polls, he resigned to run for reelection in 2017.

The current president, at the same time, was reluctant to answer affirmatively to all questions about whether or not he is a candidate. “As we speak, I still have to take my responsibility,” he replied. “One thing I know: is that if today I were a candidate like the others, I would not be able to make the decisions that I must take taking into account the health situation.”

In a “republican monarchy”, as the France of Charles de Gaulle described the jurist Maurice Duverger, the mutation of rey the candidate is not a minor issue. The president is the president, at least in theory, of all the French, and must stay above the political fight. The candidate is quite the opposite: he is forced to go down into the mud and, inevitably, to desecrate the function for a few weeks, the duration of the campaign.

See also  What is norovirus, how does it spread and how long is the incubation period?

But there is a time when the Elysee’s tenant finds himself between two waters: still president, but also a candidate, whether official or not. His rivals are in pre-campaign. Now they criticize Macron for being on the campaign without acknowledging him. This is how the two-hour press conference was interpreted a week ago on the priorities during France’s six-month presidency in the European Union, which begins in January and will coincide with the elections. And the interview on TF1 and LCI, recorded in the Elysée ballroom, was an exercise halfway between journalism and electoral communication.

Éric Ciotti, leader of Los Republicanos, the traditional right-wing party, reacted: “It was a propaganda program by a candidate.” The far-right Éric Zemmour said: “We expected the president to speak about the essential: France. He only spoke of the accessory: himself ”. For Jean-Luc Mélenchon, candidate of the populist left, the interview was nothing more than “a chatter disconnected from reality.”

The title of the interview was “Where is France going?”, And it was a question of taking stock of a five-year period that has been developed in three stages. First the liberalizing reforms, such as labor or tax cuts. Second, the revolt of the yellow vests, which made the president stagger. And third, the pandemic and the social shift and colbertista – in the tradition of an interventionist state linked to Jean-Baptista Colbert, Louis XIV’s finance minister – with massive spending that has achieved unheard-of growth figures since 1967 and the lowest unemployment rate in the last 15 years.

“Yes, this period [la pandemia] It has changed us all and has given us a social fiber, “said Macron in a wink to the center-left electorate, his political family of origin, disappointed by the turn to the center-right during the mandate, and essential if he wants to be re-elected.

Macron enjoys a solid base, around 24% voting intention in the first round, and a popularity higher than that of his immediate predecessors, Hollande and the conservative Nicolas Sarkozy, at this point in their terms. But this loyalty of the macronista voter coexists with a rejection, sometimes visceral, among a sector of the electorate. They see him as an elitist politician, a “president of the rich,” an arrogant ex-banker unable to understand the common French.

The picture is volatile: a third of voters lean towards the extreme right, and the candidate of the moderate right, Valérie Pécresse, is emerging as Macron’s most fearsome rival in the second round. It is a priority, for the president, to be more humane and compassionate.

The interviewers made him comment on some of his controversial statements at the beginning of the five-year period. For example, when he said to an unemployed young man: “I walk across the street and find you a job.” Or when he referred to “the lazy”, or “those who are nothing.” Many of these phrases were taken out of context at the time, but they reinforced the image of haughtiness.

“There are words that can hurt. And I think it’s never good. It is even unacceptable ”, admitted the president. To the MEA culpa He later added a declaration of love to his country and his fellow citizens: “When I was elected, I loved France, and today I can tell you that I love it more madly, and I love the French and the French.”

Frédéric Says, a political chronicler at France Culture public radio, summed it up like this Thursday in his morning commentary, titled Emmanuel Macron on the couch: “It was something halfway between consulting the psychiatrist and religious confession.”

The moment of announcing the candidacy can be decisive. Sarkozy, in 2012, did it two months earlier. Lost. As Says has recalled, afterwards he always said that, to win, he had two more weeks left in the campaign.