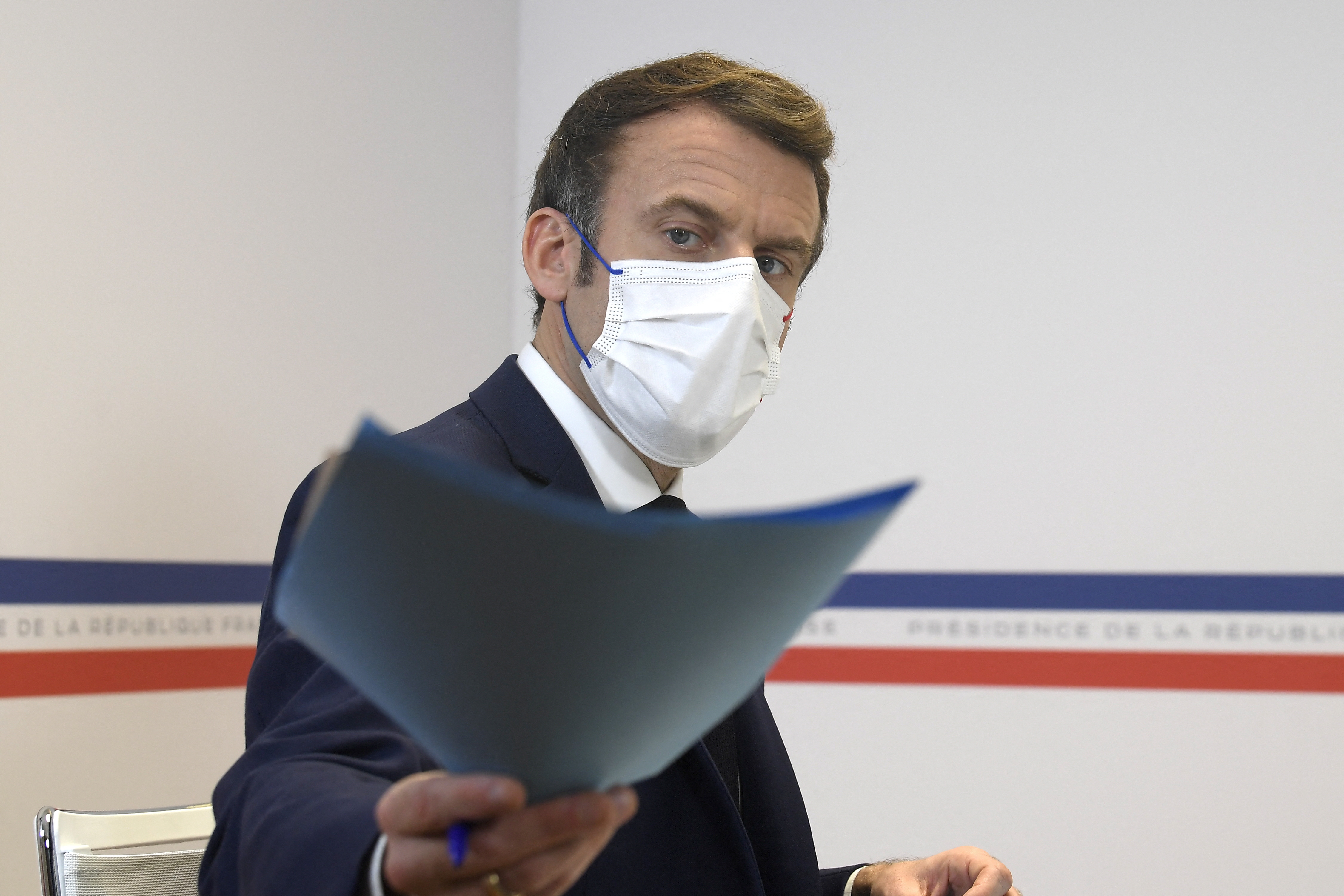 French President Emmanuel Macron has confirmed in an interview his main strategy to combat the coronavirus pandemic: vaccinate, vaccinate, vaccinate and make life miserable for the unvaccinated until they change their mind. Or, more literally, to “screw up” or “screw” the lives of those who continue to resist taking the doses to protect themselves and others, which is how the verb can be translated in any case not very elegant piss off that the president has chosen in his statements in the newspaper The Parisian, which has advanced the interview tonight and has quickly created a strong controversy.

“I am not in favor of annoying (piss off) to the French. I complain all day when management does. But hey, the unvaccinated, I really want to fuck them. And we will continue to do so, until the end. That is the strategy. I’m not going to put them in prison, and I’m not going to forcibly vaccinate them. But you have to tell them: as of January 15, you will no longer be able to go to a restaurant, you will not be able to have a drink or go to the theater, you will not be able to go to the movies … “, explained the president in reference to the bill that this same Tuesday it was still being discussed in Parliament so that, from the middle of the month, the current covid passport, which allows access to closed public places showing the complete vaccination or a negative test, becomes exclusively a vaccination passport.

Currently, some five million “refractory”, as Macron calls them, continue to refuse to be vaccinated in France, where vaccination is already open to all ages from the age of five. On the same day that Macron was talking to seven readers of The Parisian who are the ones who have asked the questions, France broke a new record of infections, 271,686 in the last 24 hours.

The words of Macron, who throughout his almost five years in office has been repeatedly questioned by the unfortunate nature of certain chosen expressions, have had an immediate impact.

The French press quickly highlighted this willingness to piss off President and his potential rivals in the April presidential elections (Macron has said that he is “looking forward”, but that the time has not yet come to declare his intentions) have been quick to criticize, both from the left and the far right, a form to speak at least inelegant.

“A president shouldn’t say that,” tweeted far-right leader Marine Le Pen, paraphrasing the title of a book about Macron’s predecessor on the Elysee, the socialist François Hollande, who shortly after its publication announced that he would not appear at the conference. reelection in the elections that Macron ended up winning. “The president is the guarantor of national cohesion. Today he is the promoter of the national division (…) it is a political fault and a serious moral fault in a country that he has continued to fracture, ”he declared shortly after from the National Assembly, where as a deputy he attended the debates on the vaccine passport.

His rival on the far right, Éric Zemmour, took advantage of the words to assure Macron that he will not “screw” the French. “President, I will stop fucking the French. The outgoing president is openly talking about screwing up a category of French, ”he tweeted.

Criticisms of Macron’s words have rained down from across the political arc. While the environment of the conservative candidate, Valérie Pécresse, agreed to affirm, according to the BFMTV network, that Macron “divides when the country has never been so fractured,” the socialist candidate, Anne Hidalgo, was ironic about the president’s assertions during his mandate that he wants to unite the country. “Reunite France,” tweeted the also mayor of Paris under a copy of a ticker highlighting Macron’s “screwed up” statements.

“Amazing confession by Macron. It is clear that the vaccination passport is a collective punishment against individual freedom “, commented the leader and leftist presidential candidate Jean-Luc Mélenchon, for whom” while the WHO advocates’ convincing rather than compelling ‘, for Macron it is’ annoying before everything. Desolate, ”he lamented.