Skip to content
Home News Macron, between the global board and the local campaign | International 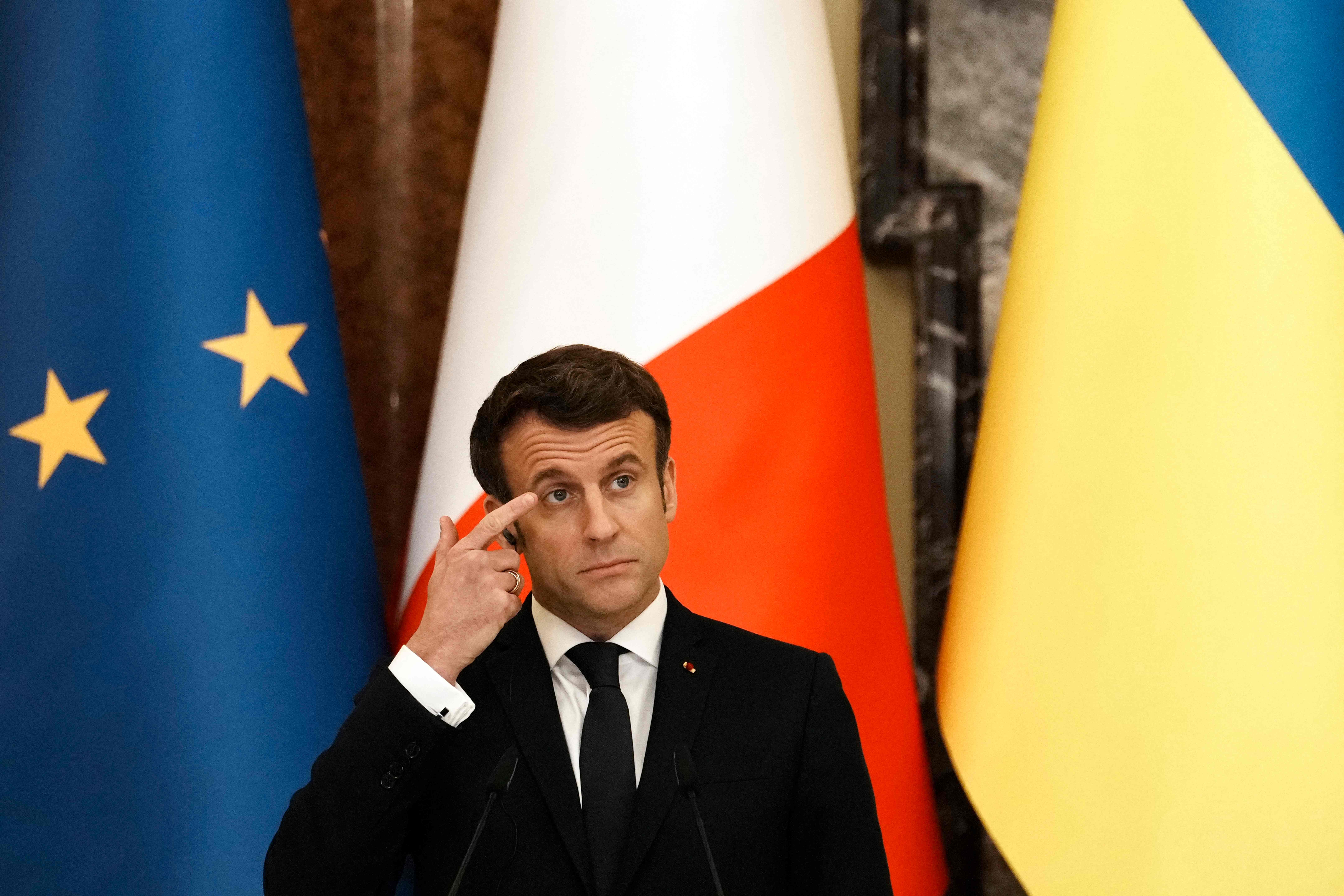 Not one, but two international crises unexpectedly disrupt the end of Emmanuel Macron’s first term in the Elysee Palace and the campaign for re-election.

A crisis is happening in Europe, originating from the threat of a Russian attack on Ukraine and this week has motivated Macron’s frantic activity in search of de-escalation. The other scenario is Africa: the rupture between France and the military junta that governs Mali could precipitate the French withdrawal from this country and revive the specter of the US withdrawal from Afghanistan last summer.

Both crises, the one in Eastern Europe and the one in the Sahel, had been brewing for some time, but they broke out almost at the same time. And at a delicate moment for Macron, who is looking for the right moment, but seems unable to find it, to declare himself the official candidate in the French presidential elections. The two-round election is held on April 10 and 24.

Another point in common between both crises: Russia has deployed more than 100,000 soldiers near the borders with Ukraine, but it is also present in Africa. A trigger for the rupture between Paris and the coup plotters in Bamako is the presence in Mali of mercenaries from the Russian private company Wagner. There are echoes, in these parallel conflicts, of the Cold War, when the Soviet Union —a world superpower, unlike today’s Russia— gave a pulse to the West in Berlin and at the same time stirred up revolutions in the third world in full decolonization.

Ukraine and the Sahel are terrains where the ability of France and the European Union to influence a world in tension is tested. Moscow’s pressure on Kiev has revived NATO, an organization that Macron declared in a “cerebral coma” in 2019, and has shown that, in cases of war and peace, the EU is far from having the strategic autonomy that Paris longs for. In the Sahel, France tried something similar to what could be a military force of a sovereign Europe, but the withdrawal casts doubts on the project.

Macron, logically, has a central role in the Sahel conflict, since France, with his predecessor, François Hollande, was the country that led the intervention to stop the jihadists in 2013 and, although other European countries participate, the old colonial power continues to direct operations.

But the French president has also tried to take the lead in the Ukraine crisis. This week he has met with the Russian president, Vladimir Putin, and with the Ukrainian, Volodímir Zelenski. It is not clear whether on behalf of the EU or NATO, or with what mandate, but after consulting with his partners and allies, he has established himself as the Western representative of the efforts to curb the Russian threat.

François Heisbourg, director of the International Institute for Strategic Studies and the Foundation for Strategic Research, believes that the French president’s diplomatic hyperactivity is explained by the fact that today, in Europe, there is no one else with the capacity or the will to play this role. “[El primer ministro británico] Boris Johnson has enough trouble managing his booze and cake budget at 10 Downing Street,” smiles Heisbourg. “[El nuevo canciller alemán] Olaf Scholz is still learning about foreign policy and with a coalition that has not built a coherent line on security issues, so Germany does not have much mobility. The only moving element is France.”

The effect, in France, is strange. While Macron’s rivals in the presidential election are embarking on the campaign with all its miseries and low blows, the favorite calls his American counterpart, Joe Biden, and the Russian Putin several times a week, flies from Paris to Moscow and from there to Kiev, and then to Berlin. The global grand chessboard instead of parochial local politics.

It is not that Russia and Ukraine are absent from the electoral debate. There is a camp favorable to Putin or critical of the West (the extreme right of Marine Le Pen and Éric Zemmour and the extreme left of Jean-Luc Mélenchon) and another pro-European and Atlanticist, that of Macron himself and the candidate of the moderate right, Valerie Pecresse.

Meanwhile, the president delays and delays the time of the announcement of his candidacy. And so the campaign has not really started: everyone expects Macron to go down into the mud.

Another thing is that international politics determines the result. “I don’t think it has too much influence on the electoral plane: in French elections foreign policy does not win votes, although it can make them lose”, says Heisbourg, author of the essay Return of the war (Return from war). “The only substantial impact may be higher energy prices if there is a war,” he adds.

Macron is taking a risk, “but it is quite calculated,” says this expert. “If there is no war in the next three months,” he adds, “if the diplomatic discussions take place in a calm atmosphere, he will not add votes, but no one will criticize him. And if there is a war, he will appear as the person who made every conceivable effort to prevent it.”

Another thing is the Sahel. The withdrawal of French forces puts France’s prestige and credibility at stake: the Afghanistan syndrome. “It is the typical issue that can mark the debate for the second round of the presidential elections,” says Heisbourg. “And it is a risk that Macron does not control,” she says.