Actress Lynda Baron, best known for the BBC sitcom Open All Hours, has died at the age of 82, her agent has announced.

She was also well-known amongst younger generations for playing the enigmatic explorer Auntie Mabel in the 1990s BBC children’s program Come Outside – traveling in her polka-dotted Slingsby T67 Firefly with her dog Pippin.

Baron returned as Nurse Gladys Emmanuel in a sequel series Still Open All Hours alongside Sir David Jason when it began airing in 2013.

As Gladys Emmanuel, she played a character who was constantly occupied by her rounds and taking care of her mother while resisting the romantic advances of Arkwright – played by Ronnie Barker.

As Auntie Mabel in Come Outside, she encouraged children to be curious about the world around them, tackling topics such as wood and spiders.

Actress Lynda Baron, best known for the BBC sitcom Open All Hours, has died at the age of 82

She is also known for playing Linda Clarke, Jane Beale’s mother, in a recurring guest role on Eastenders.

A statement to the PA news agency from her agent of nearly 30 years, Donna French, said: ‘It is with great sadness that we announce the passing of our beloved client Lynda Baron.

‘She was a wonderful actress and a great friend.

‘Her iconic roles of Nurse Gladys in Open All Hours and Aunt Mabel in Come Outside were loved by all generations.

‘Renowned for her leading roles in West End musicals and dramatic productions alike, we have lost a leading light of our world. 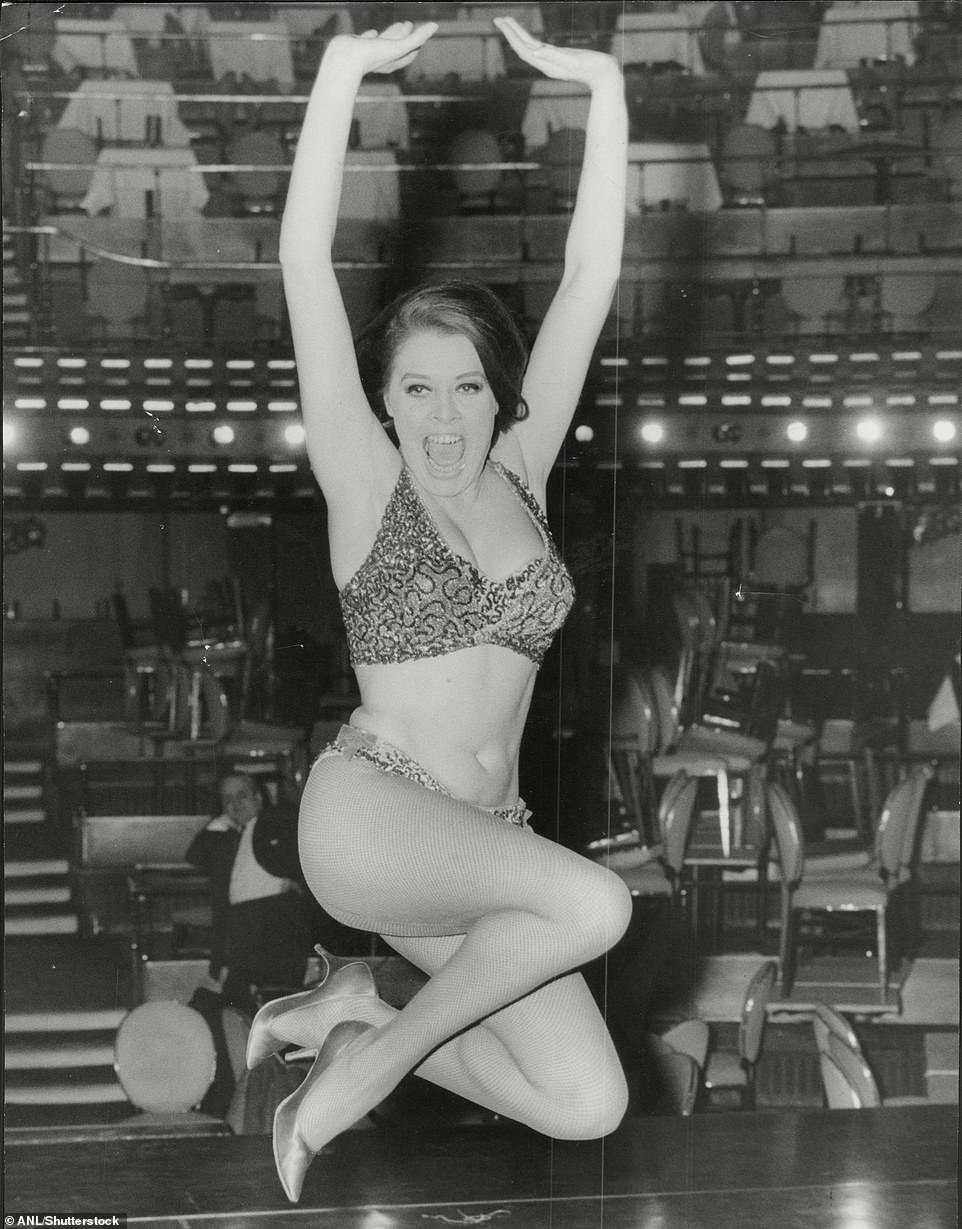 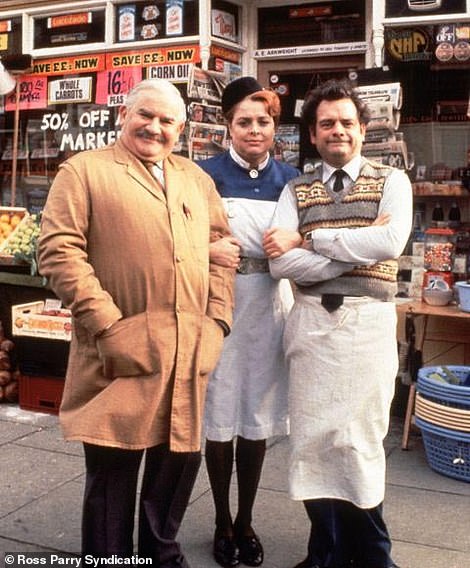 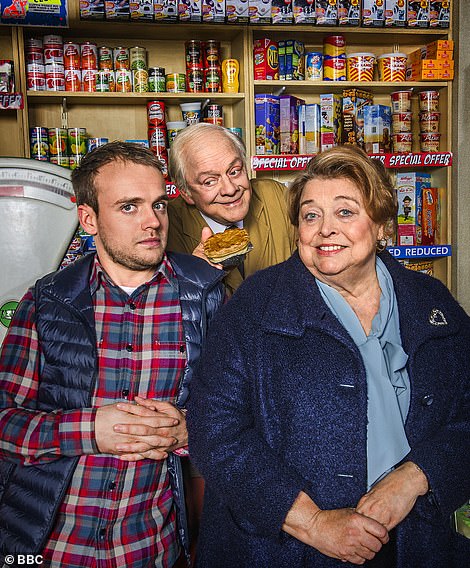 Baron appeared in Open All Hours starting in 1976 and also made appearances in the sequel, Still Open All Hours, when it aired in 2013

‘We extend our deepest condolences to her daughter Sarah, her son Morgan and all her family.’

Baron originally trained as a dancer at the Royal Academy of Dance and repertory theater and several West End venues.

Baron also appeared in the ITV sitcom Oh No, It’s Selwyn Froggitt, BBC soap and made appearances in both Doctor Who’s original run and the revived series, Last Of The Summer Wine and Dinner Ladies.

She was nominated for a Bafta in 2011 for her role in The Road To Coronation Street on BBC Four, a one-off drama about the early days of the soap, in which she played actress Violet Carson, who portrayed Ena Sharples in the long- runningseries.

Baron also featured in the musical Follies in the West End and in the stage version of In Celebration alongside Orlando Bloom. 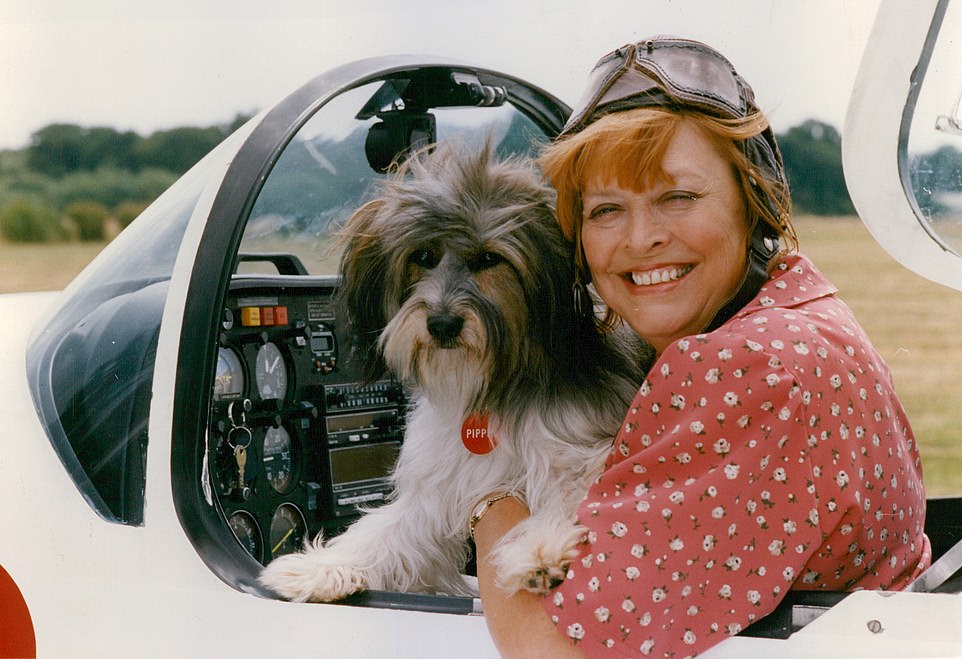 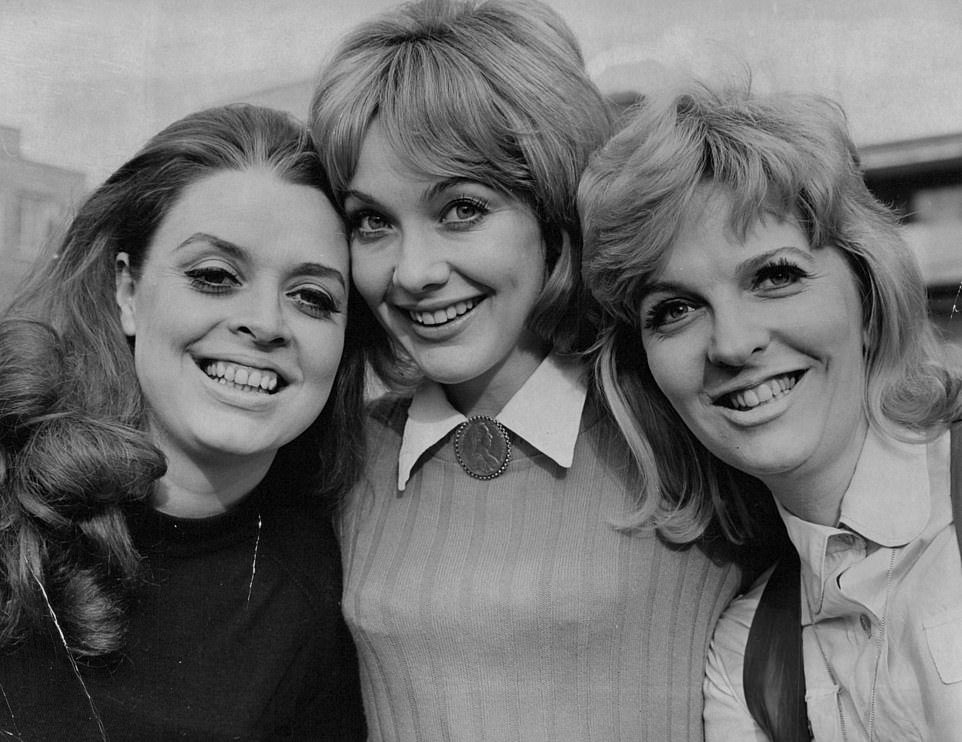 Lynda Baron, Jacki Piper, and Jan Butlin in 1971, before Baron’s big break in Open All Hours

She appeared in numerous other theater productions including An Inspector Calls, Stepping Out and The Full Monty.

Baron was active in her career until her death.

In 2020, she told the Sunday Post that despite being 81 at the time, she was still open to new acting challenges.

She said: ‘I loved playing Nurse Gladys and Auntie Mabel but I couldn’t name my favorite of the different characters I have played.

‘Partly that is because I am really the sort of person who prefers to look ahead and think about what I am doing now and, importantly, what I am going to do next.

She married John Lee in 1966 and celebrated their golden wedding anniversary in 2016.

The couple had two adult children, Sarah and Morgan.

Tributes flooded in for the late actress when news of her death was confirmed.

Emmerdale actress Lisa Riley paid tribute, recalling fond memories she had of Baron, who played her mother in the drama series Fat Friends.

She shared two photos of them together and wrote: ‘GOD BLESS YOU LYNDA REST IN PEACE. You played my mum for four wonderful, memorable years in ‘Fat Friends’.

Actor Stuart Antony also shared a photo alongside the actress and added: ‘Saddened to hear wonderful friend Lynda Baron has sadly passed away.

‘She was the nicest person and what a legend. Here we are with Su Pollard just before lockdown – RIP Lynda Baron’.

Writer and presenter Adil Ray, who created the BBC sitcom Citizen Khan, wrote: ‘Very sad to hear of the passing of Lynda Baron.

‘Such a lovely lady and a giving, caring person on set.

‘We were so honored when she played a guest role in Citizen Khan. She was so supportive.

‘Thoughts with Lynda’s friends and family’.

Gold TV channel, which regularly airs reruns of Open All Hours, tweeted: ‘We’re all deeply saddened by the passing of Lynda Baron who was well-loved as Nurse Gladys Emmanuel in both Open All Hours and Still Open All Hours. Our thoughts are with her family and friends of her.’