Skip to content
Home News Lydia Valentín: “If I had known 100% what was happening to me, I would not have competed in Tokyo” | sports 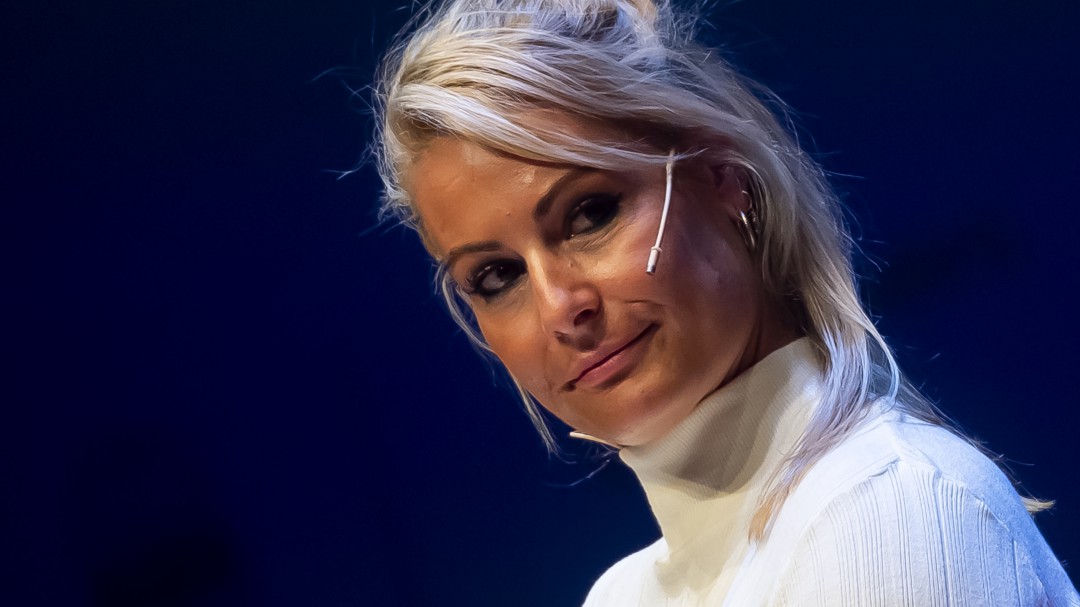 The Spanish weightlifter Lydia Valentín recognizes that “she would not have competed” in Tokyo 2020 if she had known “100 percent” the extent of her hip injury, confessing that she could have “the passion to feel that Olympic stage”, at the same time as ensures that his goal is to recover and do a good job in Paris 2024, his fifth participation in the Olympic Games.

“It is not worth me to be 80 percent. If I had known 100 percent what is happening to me, I would not have competed in Tokyo. Before infiltrating, I already commented that if they did not infiltrate me, I could not compete. Many emotions are mixed, I had been my better Olympic cycle, and maybe if I had not competed and had been recovering, it would have been better “, expressed Lydia Valentín in an interview with Europa Press after the presentation of the healthiest challenge in Europe by ‘FruitVegetablesEUROPE’.

The 2012 London Olympic champion admits that in Tokyo “emotion and feeling outweighed reason”. “I thought: ‘It’s my fourth Games, how can I not compete!’ I knew that I was not going to make a brand to which I am used to and the motivation changes when you find yourself in another scenario. I could have avoided it and possibly now it would be fine. I was overcome by the passion to feel that Olympic stage “, asserted the athlete, consciously of his “fighting” attitude. “It has been another type of learning and the goal is to recover 100%, not 80, I want to return as always, not half,” he added.

“A month or so before I went to Tokyo, training in León, I infiltrated again and I felt some very good training. But once I arrived in Tokyo, sometimes I could not bend down and the infiltration lasts as long as it lasts. If they did not infiltrate me I could not compete. I went until the day of the competition, if that day I could not bend down, I did not go out, I was going to use up all the cartridges. For me, in the end it was done, at the media level it would have been better not to do it, but the most important thing is to be well with yourself “, confessed the four-time champion of Europe in weightlifting.

On the physical side, Lydia Valentín recognizes that it has been a very complicated year, so she is convinced that she must recover one hundred percent and does not want to force anything at all. “I continue with the recovery process, it took us several weeks to diagnose exactly what was happening to me. The recovery is longer than I thought, until the beginning of 2022,” he said.

“In the short term I am focusing on recovery and physical preparation, until next year I will not start with weightlifting training. Since this year I do not have any competition and the next is the 2022 World Cup … I am taking it with calm, but it is difficult because I am a person who is constantly active. The traumatologist has told me that a natural process must be followed, deadlines cannot be shortened, “lamented the Leonese.

“The most important thing is to be mentally well”

Although for Ponferrada the psychological issue has also been hard, since the pandemic “has disrupted the athlete a bit.” “The most important thing is to be mentally well. I think there are sports that need more mental focus, because you can hurt yourself, this is the case of Simon Biles, who cannot be thinking about anything else,” he admitted.

“It is very important to be clear about it and support yourself with people who add and know that before being an athlete you are people. No matter how much you train, things can happen to people,” he said about the power of mental well-being.

Immersed in this recovery process, the athlete does not forget her next great sporting goal: Paris 2024. “There is very little left and that is the goal because I left with a very bad taste of Tokyo. The last Games made me appreciate many things and in part they have made me convince myself that I want to be in Paris, “stressed Valentin.

“I would love to be up to Paris and I think it would be great if, afterwards, I raised certain things. I have already achieved it, I have overcome these difficulties and I believe that already, right?”, Joked the Spanish weightlifter. “It is true that I have to stop weightlifting training and I have stopped it, I only do recovery and physical preparation. My attitude is to be very fighter, so that is my goal, to recover and continue,” he added.

Finally, Lydia Valentín confesses how she manages to keep her hunger by continuing to win medals. “When you have achieved everything, it is difficult to continue. And it’s like ‘bah, if I already have it …’ In the end, when you like what you do, it’s like addictive, you want more, you like it, you get better, it’s like Challenge yourself. Trying to be better every day is what creates the flame of maintaining myself. Then you think about it a little cold and say ‘oysters, I have to do very extraordinary things’. But in the end things move you or not they move you, “he concluded.

See also  Brad Pitt broke up a 'volatile moment' with Shia LaBeouf on Fury set, according to Scott Eastwood